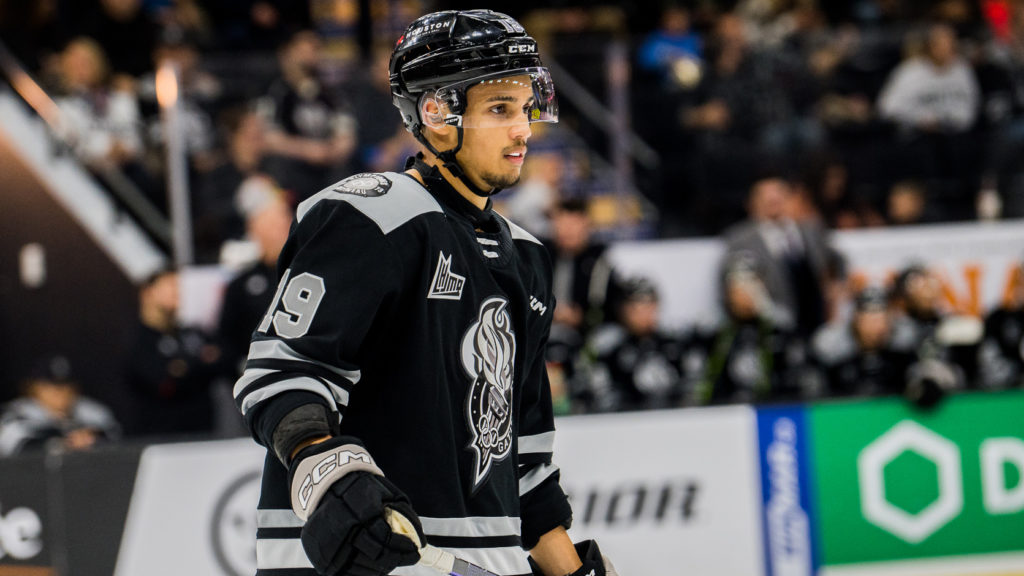 Robert ‘Bobby’ Orr will readily tell you the start he had with Gatineau wasn’t what he had in mind.

He scored just once in his first 17 games a year after he had 21 goals with Halifax. He didn’t score his second goal of the season until Nov. 13.

But over his last four games, the Carolina Hurricanes prospect has started to find his rhythm where he’s scored three times and added five assists.

“I started off slow,” Orr said frankly. “I kept going at it and working hard every day and I knew eventually all of the good things will come my way and it’s all happening now.

“Hopefully it keeps going but all I can do is work hard and listen to my coaches.”

The conclusion of Orr’s offseason was a bit of a whirlwind. He was dealt to Gatineau on Aug. 28 shortly before he headed to Carolina’s training camp. Once he returned to the Olympiques he had already missed the team’s first two games of the season.

“It all happened at once,” he said.

But, he’s glad it did. After 104 games with the Mooseheads, Orr was ready for a change.

“At the end of the day, it was my decision to leave Halifax,” he said.

In Olympiques general manager and head coach Louis Robitaille, there was a willing partner. With a team that had seven NHL drafted prospects on the roster, Robitaille added an eighth in Orr.

“I knew they were going for a run here so I really wanted to join a team that was going for it and I wanted to get that experience,” Orr said.

It was part of an aggressive offseason for Robitaille who also acquired President’s Cup champion and Buffalo Sabres prospect Oliver Nadeau from Shawinigan. However, he has yet to play this season after he underwent offseason shoulder injury.

“Our team is very talented,” Orr said. “We’re so skilled. All of the draft picks, it’s hard to stay in the top six in our lineup because we’re so good. We don’t really have a first line.

“When everyone is back, a few guys are still injured, but once we’re back with everyone we’ll be a dangerous team in this league that can go pretty far in the playoffs and even win it all.”

Having a dangerous Orr will make that possible. The trade has certainly made him more comfortable; his hometown of Beaconfield, QC., is only 90 minutes away while he is currently living with his uncle.

There are no ifs or buts that Orr can be a game-changer in the QMJHL. He led all rookies in scoring in 2019-20 with 32 points and a year ago had a career-best 44 with the Mooseheads.

With eight points in his last four games, the Orr Gatineau had hoped they acquired has emerged. But as he continues to improve his game, he’s hopeful he can maintain a similar pace for the remainder of the season.

“[Carolina] wanted to see me dominate and be a bit more physical, play to my strengths, be more comfortable with the puck,” Orr said. “I have things I need to work on, more on my defensive game and I think I am getting better at those things.

“I’m working on them every single day and the coaches here help me a lot so I’m very thankful and grateful for that.”

Orr and the Olympiques are in action Thursday night in the CHLTV Game of the Week when they visit Cape Breton at 6pm ET / 3pm PT.