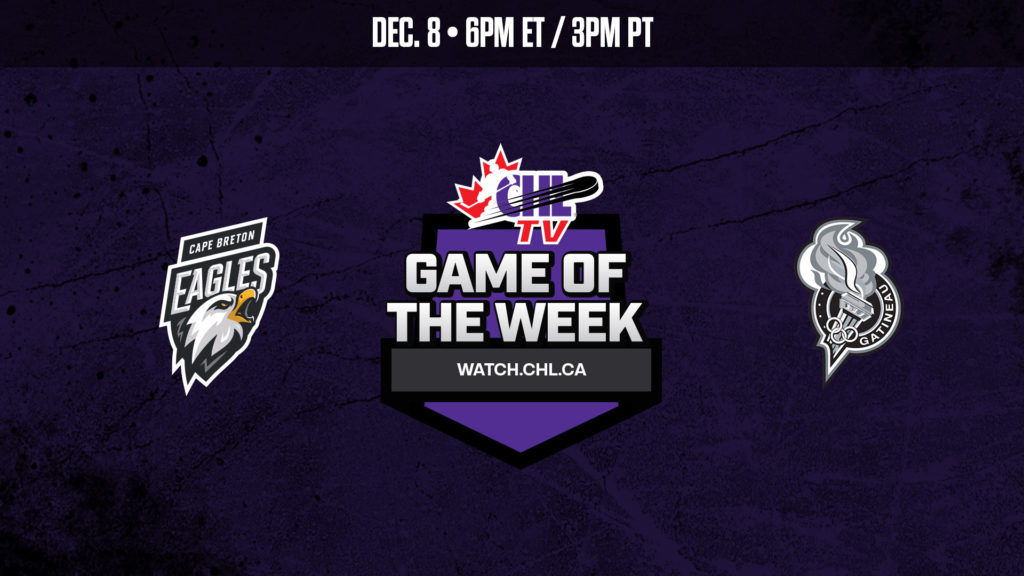 Cape Breton is 1-2-1 over their last four games and sit one place out of a playoff spot in the QMJHL’s Eastern Conference. Up front, the team is led by its veterans of Ivan Ivan and Samuel Johnson while three players — Xavier Daigle, Luke Patterson and Cam Squires — are all ‘C’ rated prospects for the 2023 NHL Draft.

The Eagles are one of four Eastern Conference teams to have conceded more than 100 goals this year while their 326 penalty minutes are the third most in the QMJHL.

Gatineau have points in three straight as they’ve gone 1-0-2 in the process. Their 34 points are the third most in the Western Conference and they lean heavily on their NHL drafted players such as Zach Dean (VGK), Tristan Luneau (ANA) and Samuel Savoie (CHI), among others. Veteran Cole Cormier has also had an excellent season thus far for an Olympiques team that has averaged 3.38 goals per game.

However, their goals against average matches that of their goals scored but their .586 win percentage is the fifth most in the Q and the best in the West Division.

Acquired from Rouyn-Noranda in the offseason, Johnson has played at a better than a point-per-game pace with 27 (11 goals) in 26 games.

Johnson is the only Eagle in double-digit goals this year, good for 13.6 per cent of their total goals scored.

A year ago with the Huskies, Johnson set career highs with 17 goals, 31 assists and 48 points.

Dean leads the Olympiques with 35 points this year. After he scored a career high 21 goals last season, he’s only four short this year in 21 fewer games while he seems poised to pass the 50-point mark for a second straight season.

His six power play goals are tied for the team lead while his 13 points on the man advantage are the most. He leads the Olympiques in game-winning goals with four and has won 49.4 per cent of his draws.

Recently named to Canada’s 2023 World Juniors selection camp, Dean has played exactly at a point-per-game pace over his 153 games with the Olympiques.

While Johnson leads the Eagles in goals and points, Ivan’s 20 assists lead the team in that category.

The Czech native is second in points with 25 while Olivier Houde and Squires have tallied 21 and 20 points respectively. Johnson’s 15 power play points are a team high.

Olivier Satny, acquired from Charlottetown early in the season, has a 6-8-0 record with a 3.26 GAA in 15 games with the Eagles.

Dean is tied with Cole Cormier for the Olympiques lead in goals with 17 while Cormier’s 32 points are the second most on the team.

Luneau’s 27 points from the blue line are the third most in the QMJHL while Savoie is the fourth Gatineau skater who has played at a point-per-game pace or better.

Tye Austin has taken the reigns in goal recently and with good reason; he’s 5-0-1 with a 2.30 GAA this season.