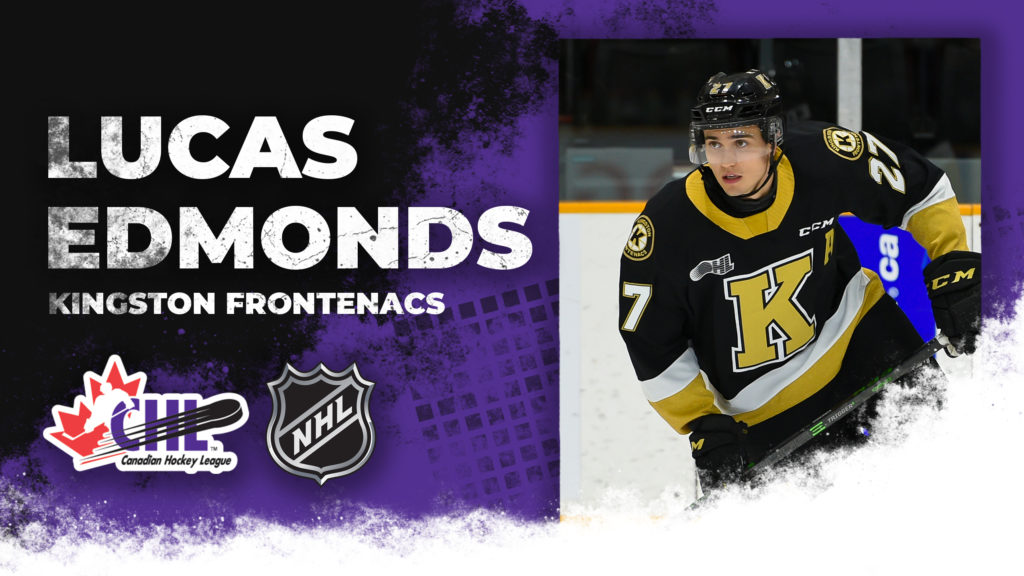 Edmonds was third in OHL scoring in 2021-22 with 113 points while his 79 assists led the league. He claimed the Jim Mahon Trophy as the OHL’s Top Scoring Right Winger and was named to the OHL’s Third All-Star Team.

The 21-year-old spent four seasons in Sweden prior to joining the Fronts ahead of 2021-22. Edmonds was the 86th overall pick by Tampa Bay at the 2022 NHL Draft.