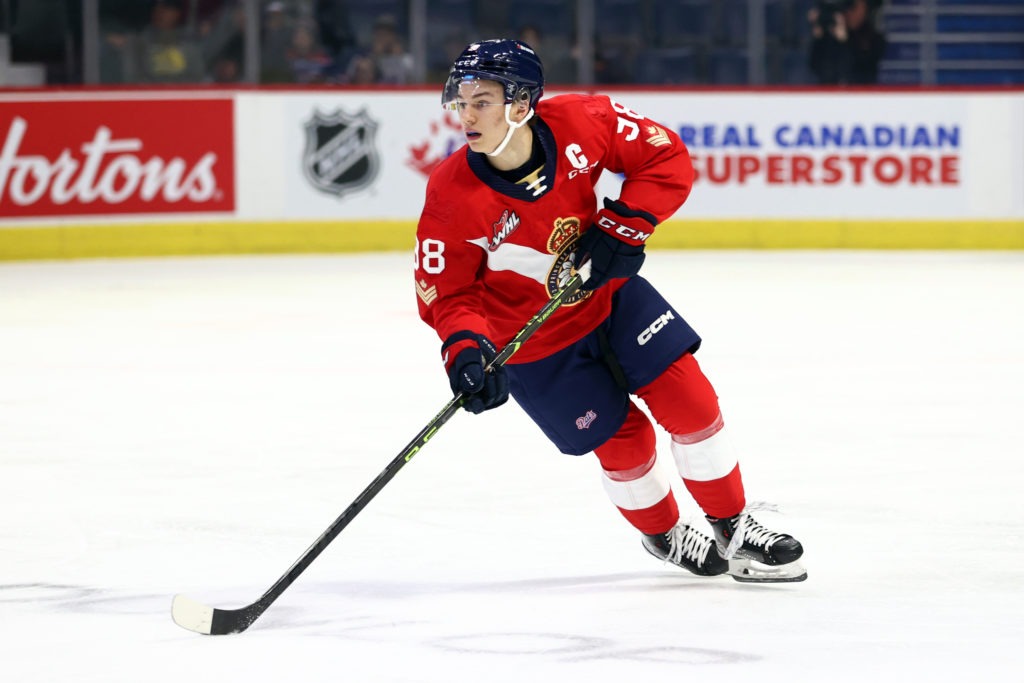 With all three leagues now officially underway, conversations about the depth of CHL talent available for the 2023 NHL Draft have begun.

On Thursday, TSN’s Director of Scouting, Craig Button released his preseason Top-32 draft rankings. The list features 17 CHL players as potential first-round selections. Leading the way with nine players is the WHL, followed by five from the OHL and three from the QMJHL.

Regina Pats’ captain Connor Bedard ranks first among all skaters. The North Vancouver native had an impressive sophomore campaign finishing second in the WHL with 51 goals and fourth with 101 points. Coming on the heels of a gold medal at this summer’s World Juniors, Bedard has five goals and seven points in his past two games.

Bedard is followed by East Division rival and reigning CHL rookie of the year Brayden Yager of the Moose Jaw Warriors at number five.

Colby Barlow of the Owen Sound Attack is the top-ranked OHL skater checking in at number seven.

After watching teammates Matt Savoie and Conor Geekie get selected 9th and 11th respectively in the 2021 NHL Draft Winnipeg ICE’s Zach Benson hopes to follow in their footsteps this year as he currently sits 9th.

A pair of OHL skaters come in at 10 and 11. Oshawa Generals’ Calum Ritchie is just one of three skaters listed in the top-32 6’1 or taller. Meanwhile Guelph Storm’s Cam Allen is the top ranked defenceman on the list.

The Prince George Cougars has two players ranked. First is Riley Heidt at 21, followed by Koehn Zimmer at 24. Andrew Cristall is the first of two Kelowna Rockets. He’s ranked at 22 while teammate and the second CHL defenceman, Caden Price, is ranked 26.

Kitchener Rangers’ Carson Rehkop is the final forward in the top-32 sitting 27th.

TSN’s digital coverage of the CHL continues on Sunday October, 9th with the Soo Greyhounds facing off against the Sarnia Sting. TSN subscribers will be able to watch the game as part of their streaming package at TSN.ca.