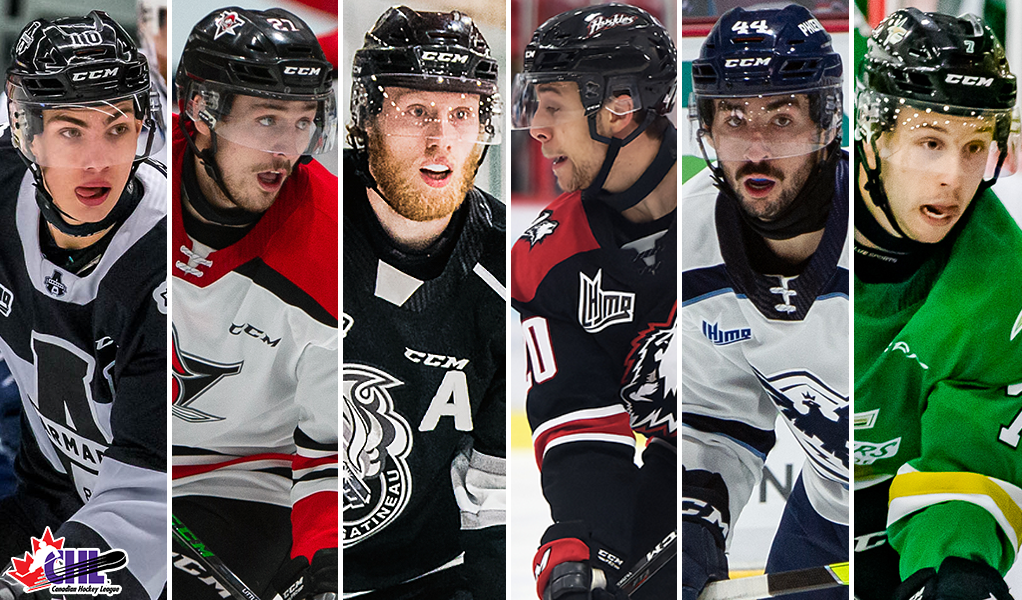 After going unsigned by the Carolina Hurricanes, Blainville-Boisbriand Armada captain Luke Henman made history earlier this year in becoming the first player to put pen to paper with the expansion Seattle Kraken. A solid offensive producer, Henman spent the entirety of his junior career with the Armada, highlighted by a team-leading 74-point finish in 2019-20, while his overall numbers were also impressive, to the tune of 214 points across 225 career contests. But Henman won’t be the only Armada alumni making the move to the pros next season as the same is also true for fellow forward Mathias Laferriere, a 2018 sixth-round selection by the St. Louis Blues who landed his entry-level contract with the club last October. The expectation is Laferriere will suit up with the AHL’s Springfield Thunderbirds for the coming campaign. Meanwhile, Blainville-Boisbriand will also see the graduation of veteran blue-liner Nathan Lavoie, who following four seasons and 149 QMJHL regular-season contests all spent with the Armada has elected to continue his playing career with the Concordia Stingers.

A trio of overagers are set to graduate from the Drummondville Voltigeurs, beginning up front with veteran forward Michael Little who joined the club in 2020-21 after previously skating with the OHL’s Mississauga Steelheads and Peterborough Petes. After making 27 appearances with the Voltigeurs last season, Little has committed to the Guelph Gryphons for the coming year. Elsewhere, the Voltigeurs will also see the departure of a pair of defencemen including Orlando Mainolfi who following two seasons in Drummondville has opted for the academic route with the Acadia Axemen. Also graduating is well-traveled rearguard Felix-Antoine Drolet who following stops in Acadie-Bathurst, Chicoutimi, and Drummondville will try his hand with the Quebec-based pro club Riviere-du-Loup 3L.

A longtime face of the Gatineau Olympiques will be no longer for the coming season following the graduation of Belgian-born centre Metis Roelens. Originally chosen by the club in the 2016 QMJHL Entry Draft, Roelens spent all of his junior days with Gatineau, serving as an alternate captain for the past two seasons which also included his career-best finish of 48 points during the 2019-20 campaign, while the past season also saw the talented forward finish tied for the team scoring lead for the second year running after putting up 29 points through 31 appearances. Meanwhile, also departing from Gatineau includes fellow forward Andrew Coxhead, who wraps up his five-year junior career with 276 contests, counting stops in Quebec and Rimouski prior to joining the Olympiques, as well as blue-liner Kyle Havlena who has committed to the Concordia Stingers following five seasons in juniors where he donned the jerseys of Blainville-Boisbriand, Cape Breton, and Gatineau.

A late-round choice by the Rouyn-Noranda Huskies in the 2016 QMJHL Entry Draft, right-wing Olivier-Luc Hache proved to be a savvy selection by the club as he ultimately skated in four seasons in which he collected 11 goals and 23 assists through 129 games. A New Brunswick native, Hache will skate with the Moncton Blue Eagles for the coming season. Elsewhere, the Huskies will also see the departure of fellow forward Edouard St-Laurent, a late addition to last year’s squad following previous stints with Baie-Comeau, Sherbrooke, Quebec, and Val-d’Or. Through 20 appearances with the Huskies last season, St-Laurent impressed in coming up with seven goals and seven assists. The veteran forward will join Hache at the University of Moncton for 2020-21. Also departing is 2000-born blue-liner Xavier Bouchard, whose lone season with Rouyn-Noranda following previous stops in Baie-Comeau and Cape Breton saw him finish second in team scoring and first among rearguards with 24 points through 39 appearances.

Among the three players graduating from the Sherbrooke Phoenix includes longtime blue-liner Olivier Crete-Belzile, who skated with the club for the past four seasons in which he racked up 48 points across 209 total appearances. Also gone from the Phoenix is fellow rearguard Gregory Kreutzer who following four seasons split between Drummondville and Sherbrooke will join the Fischtown Pinguins of the top professional German league for the coming season. Rounding out the departed players from Sherbrooke is right-wing Charles Tremblay who has committed to the Concordia Stingers after seeing 51 showings over the past three seasons split between the Phoenix and Sagueneens.

Following a dominant 2020-21 regular season, the Val-d’Or Foreurs will have a refreshed look this fall with a trio of players set to move on, headlined by veteran left-wing Justin Ducharme who closes out a five-year junior career highlighted by a Memorial Cup championship with Acadie-Bathurst in 2018. That year also saw Ducharme collect 11 points through 20 playoff appearances to help the Titan claim the President’s Cup. The veteran scorer has signed on with the AHL’s Laval Rocket for the coming season, while also joining him in the minor-pro ranks is former Foreurs teammate Xavier Bernard, a steady blue-liner who will soon suit up with the Belleville Senators. A first-round selection from the 2016 QMJHL Entry Draft, Bernard spent five years and 275 regular-season contests with Drummondville, Charlottetown, Sherbrooke, and Val-d’Or, while his junior days were highlighted by an appearance with Team Canada Red at the 2016 World Under-17 Hockey Challenge. Meanwhile, the Foreurs will also see the departure of defenceman Gabriel Villeneuve who is set to join the McGill Redbirds following four seasons that also counted stops in Quebec and Chicoutimi.