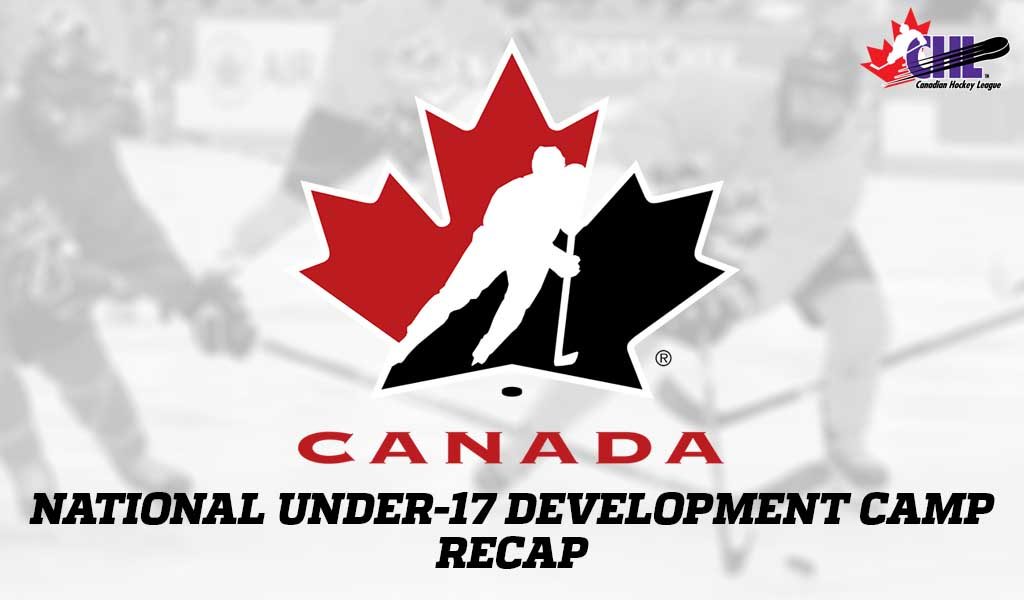 The 2019 rendition of Canada’s National Under-17 Summer Development Camp concluded Friday following a week-long summit that included nine intrasquad games in which a bevy of prospects from the Canadian Hockey League put on a show before talent evaluators at the Markin MacPhail Centre in Calgary.

Team Canada White emerged with a perfect 3-0 record in the six-team exhibition tournament, outscoring its opponents by a 9-5 margin. Dylan Guenther of the Edmonton Oil Kings, the first overall selection in the 2018 WHL Bantam Draft, led Team White in scoring with one goal and two assists for three points across a trio of games. Meanwhile, Team Blue finished with the best goal differential, scoring 18 goals over three games while only allowing eight to finish with a 2-1 showing. Rounding out the list, Team Green also went 2-1, while both Team Black and Team Gold finished 1-2. Team Red was the only squad that didn’t find the win column, wrapping up the exhibition with an 0-3 record.

Between the pipes, William Blackburn (Val-d’Or Foreurs) came away with a leading 0.83 goals-against average and .958 save percentage after finishing with a perfect 3-0 record in which he allowed a single goal on 24 combined shots. Blackburn was followed by Thomas Milic (Seattle Thunderbirds), who came away with a 1.30 goals-against average and .943 save percentage across three appearances after allowing two goals on 35 total shots.

In all, 112 Canadian Hockey League prospects attended the camp, including 46 from the Ontario Hockey League, 41 from the Quebec Major Junior Hockey League, and 25 from the Western Hockey League. The group counted 64 forwards, 36 defencemen, and 12 goaltenders. The players are vying for one of 66 final roster spots that will compete at the 2019 World Under-17 Hockey Challenge, held Nov. 2-9 in Medicine Hat, Alta., and Swift Current, Sask. Hockey Canada will announce its final rosters in late October.

Nine scrimmages took place at the 2019 U17 summer development camp: