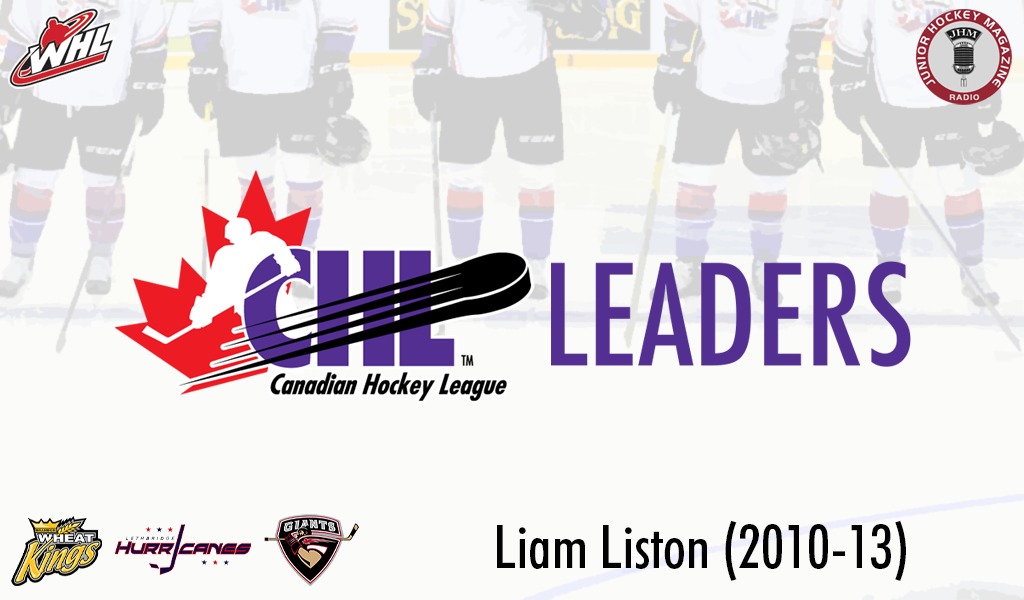 Like countless players before him, Liam Liston has many fond memories of his playing days in the Western Hockey League.

Following three seasons in which he suited up for the Brandon Wheat Kings, Lethbridge Hurricanes, and Vancouver Giants from 2010-13, the former junior hockey goaltender took on his next endeavor – earning a bachelor of arts degree in political science and economics from the University of Alberta, then adding to his education in attending law school.

“It was toward my 19-year-old season when I was struggling with staying healthy and playing well so at that point you start to look at the different options available to you,” Liston told Junior Hockey Magazine as part of its CHL Leaders segment. “Just like anybody else who plays in the CHL, my first goal was to play the game professionally but that doesn’t work out very everybody. As you get toward the latter part of your playing days, you start to look at some options. That’s when I turned to it and was lucky enough to have some great resources.”

Now practicing at Edmonton-based Bryan & Company LLP, Liston fondly remembers his days in hockey and how they helped form many of the life skills and attributes demanded in the workplace.

“Being able to develop good relationships with your teachers and coaches and planning weeks or months in advance to ensure that you have the time to get everything done that you need to whether that is training, practicing with the team, or getting your schoolwork done,” Liston said in emphasizing the value of time management. “Now that I am out of that, I went through post-secondary and went to law school and had to juggle quite a bit at the same time so that skill certainly served me well. On a daily basis, I still draw on those experiences as far as managing different projects that I have going on in my work life.”

While Liston is enjoying his exciting new career, he is also staying connected to the game, initially serving in the hockey legal affairs department with the Vegas Golden Knights, while he also remains a regional scout with his former club in the Wheat Kings.

“I have been part of their scouting and management staff for four or five years now because of the individuals who were involved when I was playing are still involved,” Liston detailed. “I continue to remain involved, and I was lucky enough to be involved with the Golden Knights when they were getting up and running.”

Today, Liston remains forever appreciative of his days in the WHL and how that time helped pave his path forward.

“Particularly in my case, going to law school, which is more expensive than your average tuition, it places a huge burden on people. I think once you start to see the toll that it takes and realize that you never have to worry about making ends meet tuition-wise … it was just taken care of for me,” Liston concluded. “In retrospect, it is probably the greatest advantage that the WHL and the CHL has given me because I was able to walk out of school debt-free and get on with my career without the burden of post-secondary loans.”