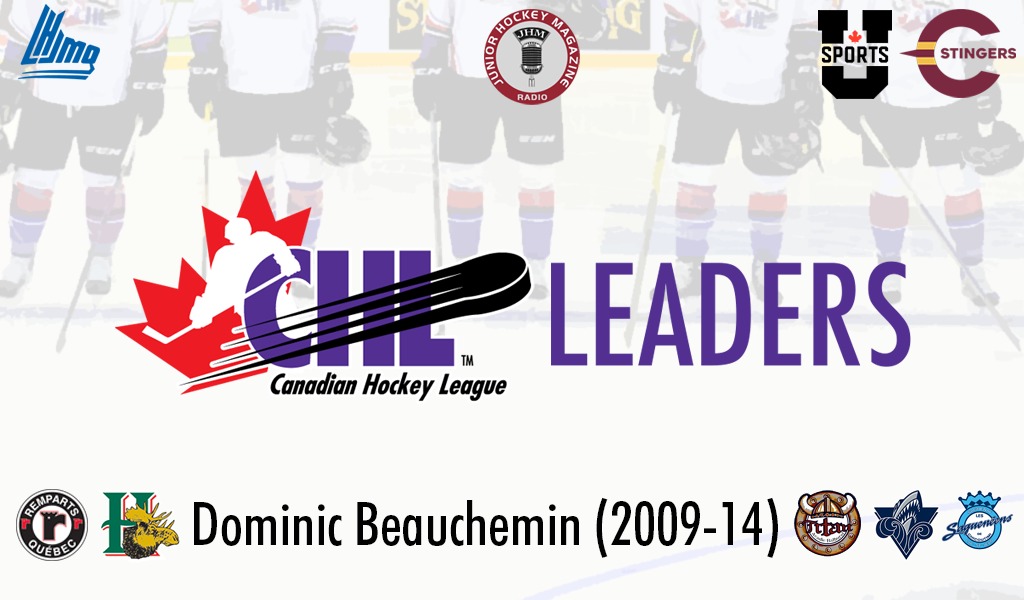 Like many kids growing up in Canada, Dominic Beauchemin dreamed of playing in the NHL.

And in spending several seasons in the junior ranks, the Longueuil, Que., native made it further than most, skating in 127 career contests and making five stops along the way, counting appearances with the Quebec Remparts, Halifax Mooseheads, Acadie-Bathurst Titan, Rimouski Oceanic, and Chicoutimi Sagueneens.

After attending two training camps and getting looks with the Remparts, Beauchemin became a regular in the QMJHL upon joining the Mooseheads in 2012-13, a year in which he got to share the ice with budding stars like future first-overall selection Nathan MacKinnon and other talented forwards like Jonathan Drouin. It was also a season in which the Mooseheads finished with only six losses in 68 games for an astounding 120 points en route to a franchise-first President’s Cup in addition to claiming CHL supremacy in hoisting the Memorial Cup later that spring.

“The process of going through a training camp at 19 years old without knowing if I would eventually have a chance to play in the QMJHL, and then making the Halifax Mooseheads, which was the greatest team that year, I couldn’t have asked for more,” Beauchemin told Junior Hockey Magazine. “It was kind of a dream come true.”

Beauchemin followed up that championship season with one more year in the QMJHL before attending Concordia University where he obtained his bachelor of applied science in human resources while also staying active at the rink in suiting up for the varsity Stingers for four years.

“It’s the dream of every kid to make it to the show – to the NHL – but at some point you have to figure out that hockey is just a really nice passion and that you need to focus on a career outside of hockey,” said Beauchemin, who parlayed his educational background into an all encompassing human resources role with industry leader Lowe’s Canada.

“It’s a really good opportunity for me to start my career in human resources,” Beauchemin concluded. “I am touching every single branch of it, it’s not only focused on one of the branches, so I am really happy with that.”