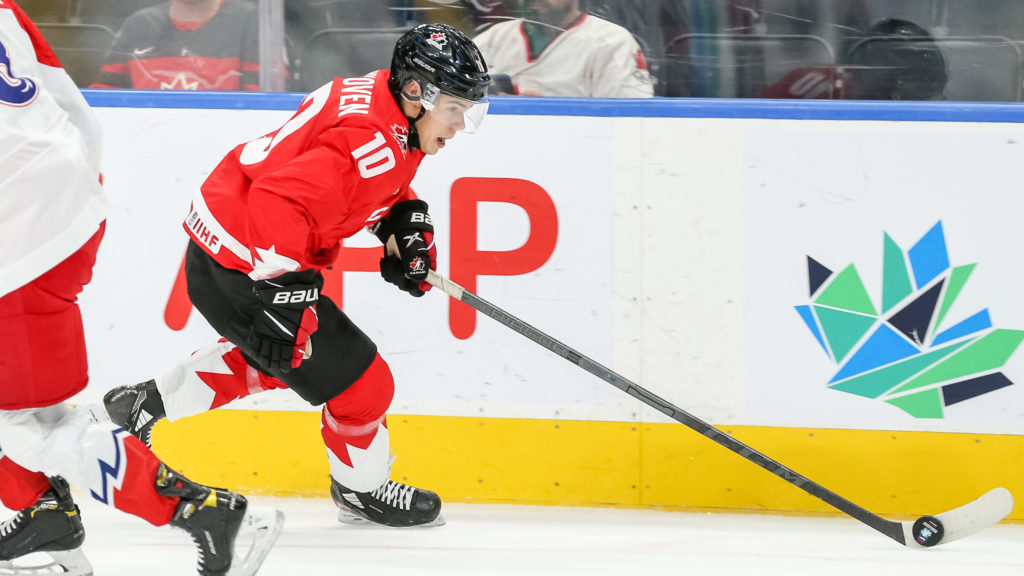 It’s the final day of the round-robin at the 2022 World Juniors.

Canada will play its fourth and final contest as they look to secure top spot in Group A.

Both teams are winless thus far but today’s winner will secure a spot in the quarterfinals as the fourth seed from Group B.

Halifax’s Attilio Biasca is one of four Swiss players with two points in the tournament while Senna Peters, who began the season with the Mooseheads before he returned home, has one goal and one assist.

Canada and Finland will also battle in a winner take-all showdown with the victor taking top spot in Group A. Canada’s 21 goals are the second most in the tournament while their four goals against are tied with the USA for the fewest conceded.

The round-robin concludes with a tilt between Sweden (2-1-0) and Germany (2-1-0) that will decide who finishes second in Group B.

Sweden’s Fabian Lysell (VAN) has one goal and two assists through three games while Oskar Olausson (OSH) has tallied four helpers. Germany’s Yannick Proske (SPO) has three assists while Haakon Hanelt (GAT) scored his first of the competition in Saturday’s win over Switzerland.

Dylan Garand (KAM) seems to have settled in as Canada’s starting netminder for the remainder of the tournament.

After he was the backup to Sebastian Cossa (EDM) in Canada’s opener against Latvia, the reigning CHL goaltender of the year has started the last two games where he has turned aside 44 of 46 shots for a .956 save percentage.

It was a miserable day for Slovakia.

Despite goals from Peter Repcik (CBE) and Servac Petrovsky (OS), they were hammered 9-3 by Finland in Sunday’s opener. A few hours later, they found themselves eliminated from the tournament.

Latvia pulled off one of the biggest upsets in World Juniors history as they beat Czechia 5-2 to secure third spot in Group A and advance to the quarterfinals for the first time in program history. The victory was their first ever in a round-robin game and it dropped Czechia to the fourth seed.

It was the first time since 2000 that Slovakia failed to make the quarterfinals and only the third time ever since their debut in 1996.

USA secured top spot in Group B with a narrow 3-2 win over Sweden as they went a perfect 4-0-0 in the round-robin.