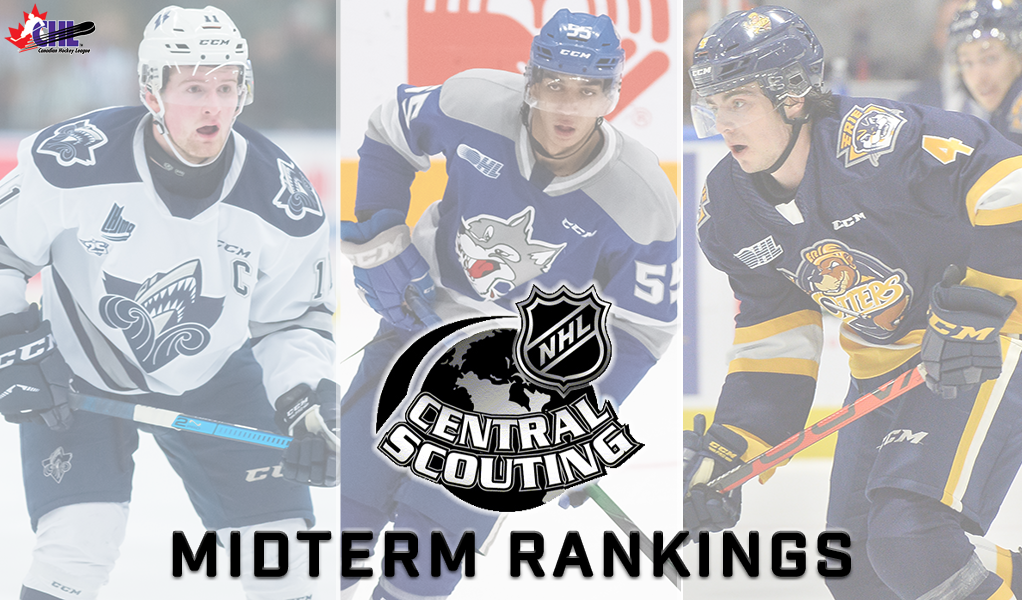 The total includes 123 skaters with 50 from the Ontario Hockey League, 43 from the Western Hockey League, and 30 from the Quebec Major Junior Hockey League. An additional 20 CHL goaltenders are ranked and the WHL leads the way with eight followed by seven from the OHL and five from the QMJHL.  The 143 figure includes two skaters and one goaltender who recently committed to OHL teams but are listed on Central Scouting’s European list.

The top-31 ranked skaters account for 25 CHL talents, of which 22 will compete in the Kubota CHL/NHL Top Prospects Game taking place on January 16 in Hamilton.

A total of 55 CHL clubs are represented in the rankings led by the Soo Greyhounds with seven players listed including defenceman Ryan O’Rourke (32), followed by the Windsor Spitfires with six players including centre Jean-Luc Foudy (20). The Erie Otters, Guelph Storm, and Portland Winterhawks each have five players ranked.

Last season, 134 CHL players appeared in the Midterm Rankings before 71 were selected in the 2019 NHL Draft in Vancouver including 13 in the first round.