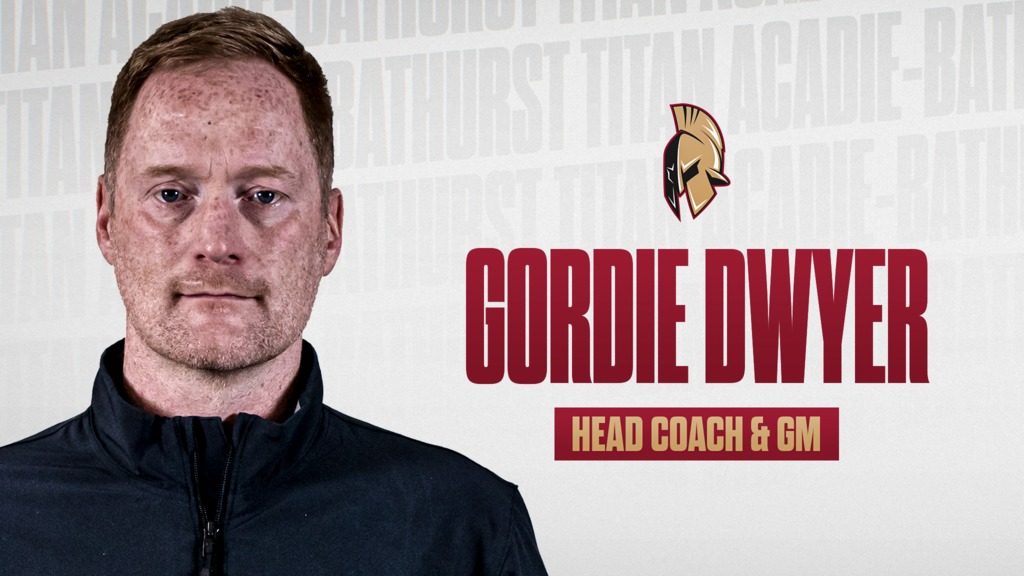 BATHURST, N.B. – The Acadie-Bathurst Titan are very pleased to announce the hiring of Gordie Dwyer as our new Head Coach and General Manager. Dwyer has agreed to a four-year contract with the Titan.

Originally from Dalhousie, the New Brunswicker was previously the head coach of the Saint John Sea Dogs for the 2021-22 regular season. This past season Dwyer lead the Port City team to an impressive 47-17-1-3 record, finishing third overall in league standings and second in the Maritimes Division.

His coaching career includes but isn’t limited to head coach of the KHL’s Medvescak Zagreb, Dinamo Minsk and the QMJHL’s Charlottetown Islanders. Dwyer has also worked on multiple assignments with Hockey Canada, including winning a gold medal at the 2021 Under-18 World Championship and a Spengler Cup championship.

As a player, Dwyer won a President Cup in 1995 with the Hull Olympiques and then went on to play five seasons in the NHL with the New York Rangers, Tampa Bay Lightning, and Montreal Canadiens.

“I’m honoured and excited for the opportunity presented to me to lead the Acadie-Bathurst Titan. I’m thrilled about joining the organization, the community of Acadie-Bathurst and looking forward to a competitive training camp,” said Dwyer.