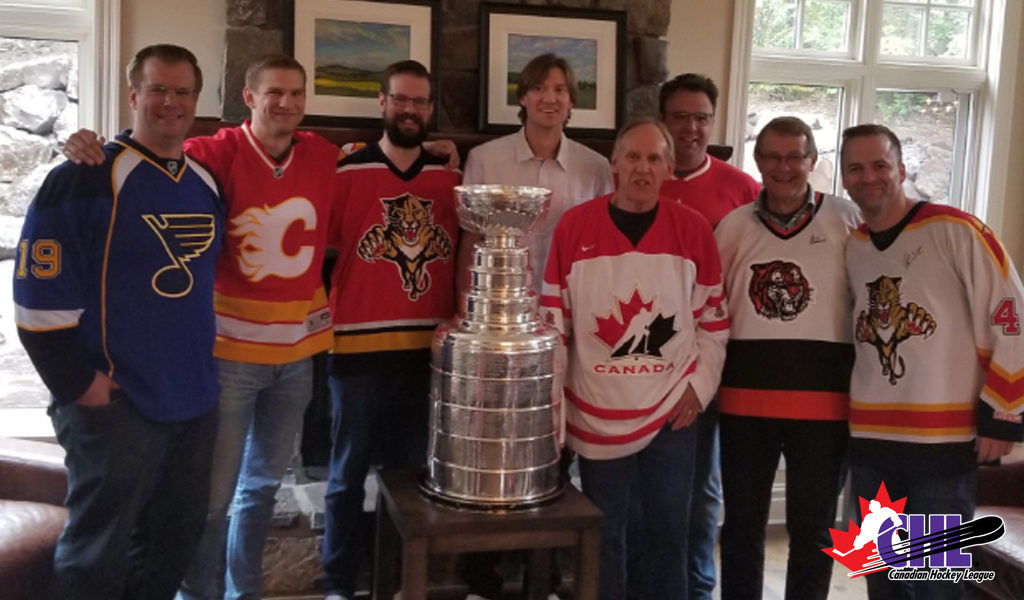 Jay Bouwmeester has spent a lot of time in the winner’s circle.

The 35-year-old’s latest victory came in hoisting the Stanley Cup with the St. Louis Blues, doing so in his 16th NHL season as the Missouri club eliminated the Boston Bruins in seven games to claim Lord Stanley for the first time in the franchise’s 50-plus year history.

With the victory, Bouwmeester became just the 29th player – and ninth from the Canadian Hockey League – to join the Triple Gold Club, an exclusive group that counts players to have won the Stanley Cup, an Olympic Gold medal, and a first-place finish at the World Championships.

It is amazing to think of everything Jay Bouwmeester has accomplished in his career! We will be cheering him and the Blues on as they battle for the #StanleyCup!
Good luck Jay Bouw!!#medhat #50yearsoftigers #tigersalumni pic.twitter.com/k3I7wwRj4l

“It’s crazy,” Bouwmeester said of winning the Stanley Cup, per the IIHF. “You go through times where you have ups and downs throughout your career and you always see lots of guys and hear guys that end up winning, talking that you know it’s so hard. To finally do it is, I don’t know. I’m kind of dumbfounded.”

A native of Edmonton, Bouwmeester joined Team Canada at the 2003 World Championships, helping guide the squad to a 3-2 win over Sweden in the gold medal game as the Great White North captured its 16th tournament title and first since 1997. That performance earned Bouwmeester an invitation back the following year, where Canada once again downed the Tre Kronor in the finals.

A frequent participant on the international stage, Bouwmeester has competed in three World Juniors (winning two bronze and one silver), four World Championships, two World Cups (two golds), and a pair of Winter Olympics. In 2014, he was named to Team Canada at the Winter Olympics in Sochi, Russia, where the Canadian squad won its second-straight gold medal and third in its past four outings.

Jay Bouwmeester, the #stanleycup and family friends wearing all of Jay's jerseys throughout his career. @StLouisBlues @HockeyHallFame @NHL pic.twitter.com/hWySE5ghSX

Of course, Bouwmeester is no stranger to accolades. Lacing up for the Medicine Hat Tigers for three full seasons (1999-02), his junior career began with an impressive debut season in 1999-00 in which he posted 34 points in 64 games and earned a spot on the CHL All-Rookie Team. Two years later, he was recognized with the CHL Top Draft Prospect Award and made the WHL East First All-Star Team after leading all Tigers rearguards with 61 points in as many games. In all, Bouwmeester’s time in the junior circuit counts 40 goals and 111 assists for 151 points in 194 career contests.

A strong defender at both ends of the ice, Bouwmeester was selected third overall by the Florida Panthers in the 2002 NHL Draft, joining the team only months later as a teenager and appearing in all 82 games. His decorated NHL career has seen him skate in two NHL All-Star Games, in addition to appearing in 1,184 contests with the Panthers, Calgary Flames, and Blues in which he has combined for 415 points.