The Week That Was – Golden opportunity for Canada’s Cozens 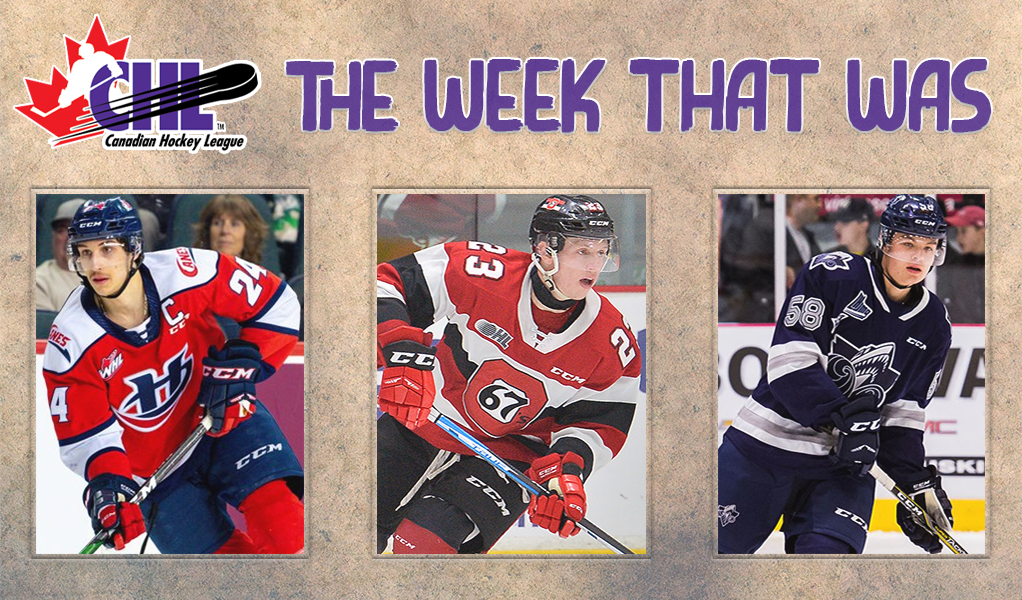 Dylan Cozens has a chance to rewrite the record books.

Recording at least one point all six appearances at the 2021 World Junior Championship, the Lethbridge Hurricanes centre has been the offensive go-to for a loaded Canadian squad, recording eight goals and eight assists for 16 points and a tie atop the leaderboard in overall tournament scoring.

It’s a feat so impressive that historically only four Canadian players – Dale McCourt, Brayden Schenn, Eric Lindros, and Wayne Gretzky – have had better single-tournament performances, with the first two clocking in at 18 points and the latter two one behind. Another three-point night by Cozens – something he has done twice previously this year including Monday’s one-goal, two-assist showing in a 5-0 semi-final victory versus Russia – in the gold-medal showdown would see the product of Whitehorse, Yukon take possession of top spot.

Bowen Byram & Dylan Cozens have been named top players for @HockeyCanada at the 2021 #WorldJuniors.

One of six returnees from last year’s championship squad, Cozens alongside Vancouver Giants blue-liner Bowen Byram have taken command of the Great White North as co-captains following a pre-tournament injury to Saskatoon Blades graduate and then designated leader Kirby Dach.

Such invaluable leadership has undoubtedly shown up on the scoresheet, with two of Cozens’ goals seeing Canada draw first blood to help his squad gain the early lead and push the pace offensively.

Furthermore, Cozens’ impressive impact hasn’t been lost on the Buffalo Sabres, the club that drafted him seventh overall in 2019 and could have a roster spot available when the NHL season begins later this month.

“I love the fact that he’s a go-to guy there. I love the fact that he’s obviously producing offensively,” Sabres general manager Kevyn Adams told Lance Lysowski of The Buffalo News. “But what I really enjoyed the other night, in a one-goal game, with a minute-and-a-half to go, he’s on the ice when they’re up a goal. So it says a lot about his 200-foot game and the coach obviously believes in him.”

The Gatineau Olympiques have punctuated their lineup with another young star.

In completing an eight-piece deal with the Rimouski Oceanic, the Olympiques added 18-year-old defenceman Isaac Belliveau, a top prospect for the coming NHL Draft.

An outstanding performer with the Oceanic last year, Belliveau’s rookie campaign saw him post 53 points and tie for first among all freshmen and earn a spot on the QMJHL All-Rookie Team.

A budding blue-liner, Belliveau needed little time to adapt last season, finding the scoresheet in eight of his first 10 appearances, a stretch that included a trio of multi-point outings and totaled one goal with 11 assists.

“It was a shock, but over time I realized that this (trade) was going to be good for my career,” Belliveau said of the deal per Jean-Francois Plante of Le Droit. “I’m joining a team with a group of very talented young players. I think I arrived in Gatineau at the right time. There are some big names (on) this team. We will have the chance to win games for a long time.”

Earning a ‘B’ rating in NHL Central Scouting’s preliminary rankings, Belliveau projects to be selected within the top-three rounds of the 2021 NHL Draft.

Chalk it up as a valuable lesson for Marco Rossi.

Captaining his native Austria at the 2021 World Junior Championship, Rossi and his fellow countrymen didn’t get the results as hoped but came away with a better idea of the quality of competition in the top circuit and have a chance at redemption when they return for the 2022 rendition.

“We could learn a lot from that tournament, learn why those teams are so good, what they are doing differently,” the Ottawa 67’s centre told Ken Warren of the Ottawa Sun. “We took some huge steps at the end.”

We have finished the U20 World Championship in Canada and were able to gain important experience. 🏒I am very proud to be part of this team. 🇦🇹

The reigning CHL top scorer who wrapped up last season with 120 points counting 39 goals and 81 assists in 56 contests, Rossi is now readying for his next challenge – taking part in his first NHL training camp with the Minnesota Wild after being selected ninth overall in the 2020 NHL Draft.

“It’s even more exciting than the draft because I am now here,” Rossi added. “I have said for a long time that my dream was to play in the NHL. I am so close now. I have to work so hard to make that team. If I play well, I will get my chance.”