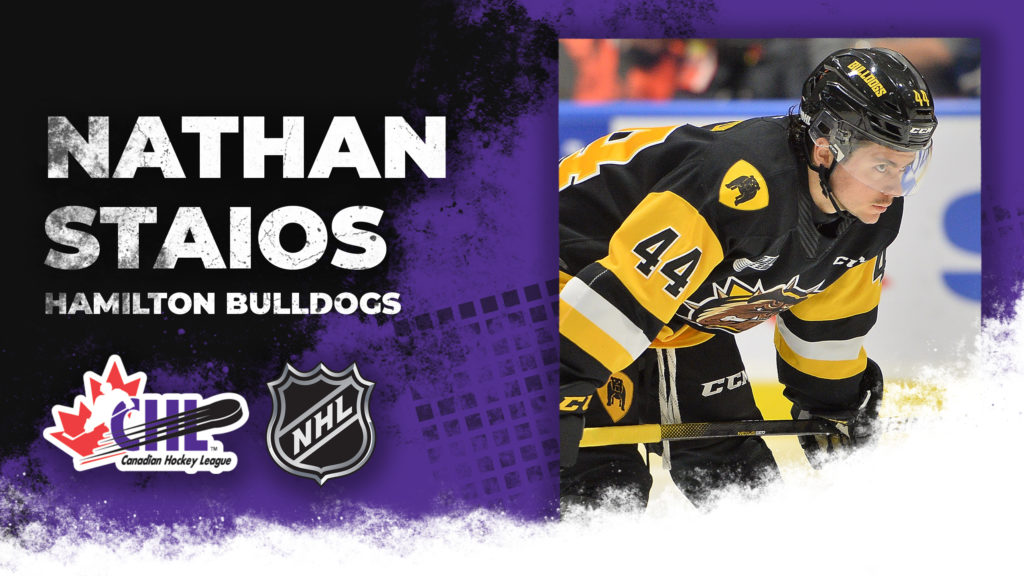 Undrafted, Staios was named CHL Defenceman of the Year in 2021-22 after he helped guide the Bulldogs to an OHL title and an appearance in the Memorial Cup final.

His 66 points led all OHL d-men last season as he also claimed the Max Kaminsky Trophy as the OHL’s Most Outstanding Defenceman. He also earned a spot on the First All-Star Team.

“Nathan is a highly skilled defenceman who possesses an excellent playmaking ability,” said Panthers general manager Bill Zito. “This past season, he established himself as one of the best defenders in junior hockey and we are excited that he will continue his career within our organization.”

Staios appeared in 237 games over the course of his OHL career with Hamilton and Windsor.

The 20-year-old has some pro experience under his belt after he played in six games with the AHL’s Utica Comets in 2020-21.