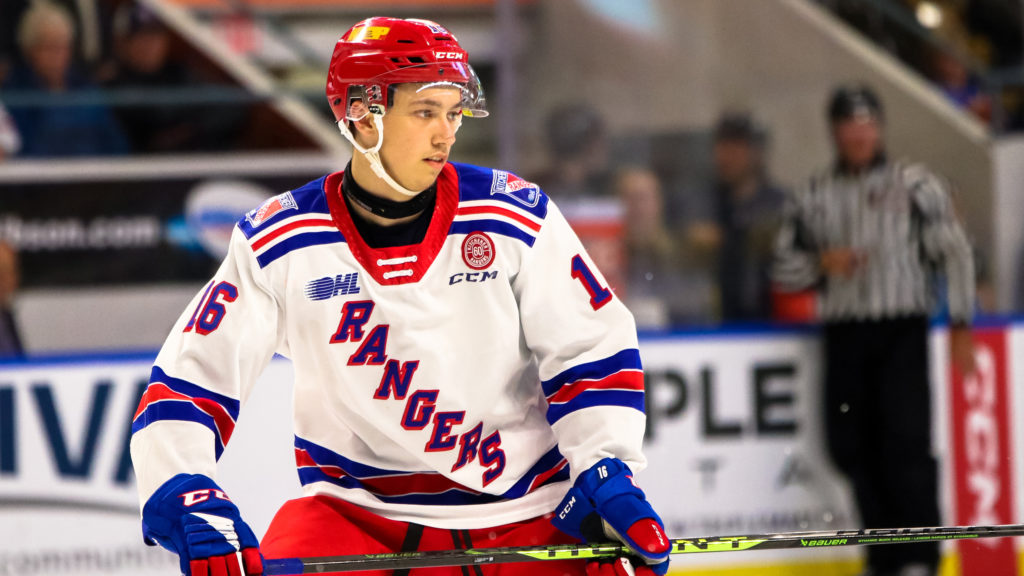 Kitchener general manager Mike McKenzie went out and made moves.

It’s now on the players to move up the standings.

With the OHL trade deadline in the rearview mirror, the Rangers made considerable additions in Francesco Arcuri (DAL) Lleyton Moore and Danny Zhilkin (WPG).

However, the Rangers are 2-7-1 over their last 10 and sit three games under .500. It takes time to adjust with new faces but with less than 30 games left in the regular season, Chris Dennis’ men need to make their move.

“We’ve been up-and-down but a lot of stuff has been factor,” said Carson Rehkopf. “We’ve played a lot of good games where I think we could have come out on top and obviously we’ve had some tough injuries and suspensions.

“With the second half, we’re looking, now that everyone is back healthy, to take that momentum and really take off.”

The Rangers began the season 0-5-0 and also have also endured a separate six-game losing streak. On the other hand, they have had a 6-0-1 run and a four-game win streak.

“Chemistry takes time,” Rehkopf said. “Taking the reps together in practice and communicating and becoming friends is a big part of it. Everyone has the same goals so it does make things a lot easier.”

“We obviously have a really good group this year,” Rehkopf said. “For [Mike McKenzie] to have that belief in us as a team and know what we have in he the room is exciting and I think we’re all going to make the most of the opportunity and put the work in.”

Two (identical) goals on the 🅿️🅿️ as well as the GWG … have yourself a Sunday, Carson Rehkopf! @OHLRangers pic.twitter.com/lcQYBIkDRl

Rehkopf himself has impressed. He was recently ranked the 31st North American skater ahead of the 2023 NHL Draft and with good reason.

He has literally matched his numbers from last season with 18 goals and 33 points but has done so in 26 fewer games. He sits second in Rangers scoring this year behind only Pinelli.

The 18-year-old will compete in the 2023 Kubota CHL/NHL Top Prospects Game in Vancouver next week and called his selection an ‘honour.’

And to make matters sweeter, he’ll attend alongside teammate and close friend Brzustewicz.

“We’re really close friends,” Rehkopf said. “We talk a lot about everything. We bounce things off one another. It helps to have someone as touted as he is. He’s an unbelievable player with crazy offensive upside for a defencemen and he’s a treat to play with.

“It’s really nice to have a really good guy like that to go through the process with.”

Brzustewicz and the Rangers are in action Sunday afternoon in the CHLTV Game of the Week when they visit London at 2pm ET / 11amm PT.