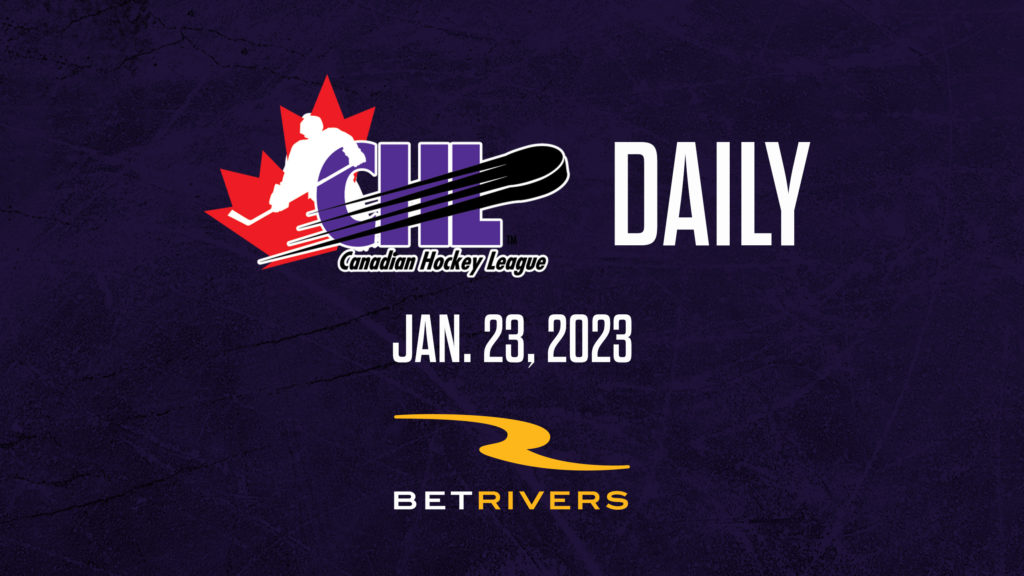 Noah Sedore’s first OHL hat-trick earned him Sunday’s first star as he led Erie to a 5-2 win over Flint. Sedore has 11 goals and 23 points this season, a year after he had 46 points.

Andrei Loshko’s impressive season continued as his four-point (1G, 3A) night saw him collect the second star as Chicoutimi beat Moncton 5-2. In the win, Loshko reached the 50-point plateau for the first time in his QMJHL career as he continues to lead the Sagueneens in scoring.

The first OHL hat-trick of Liam Greentree’s career gave him the third star despite a 9-5 loss to Oshawa. The Spits rookie sits seventh in OHL scoring this season with 27 points while his 17 goals rank second. 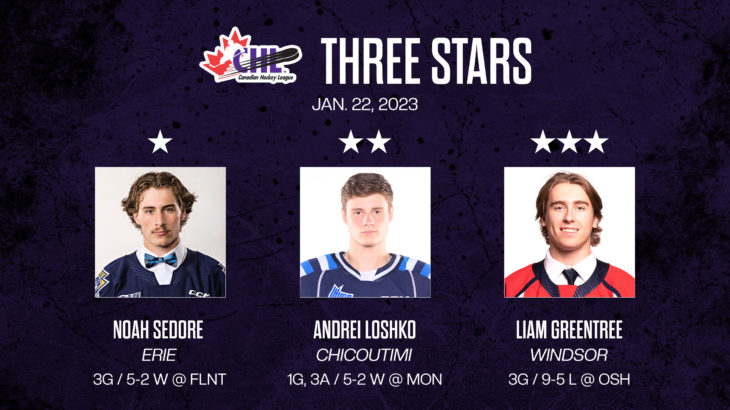 First career #OHL hat trick for the overage forward comes in natural fashion as the @ErieOtters earned their first road win of 2023 🎥 pic.twitter.com/vCrlXHdZV5

A night to remember for the Oshawa native! 🎩🎩🎩@SpitsHockey rookie Liam Greentree put on a show in his return home to Tribute, scoring his first career #OHL hat-trick in front of his friends and family 📽️ pic.twitter.com/7El7DjlsIP