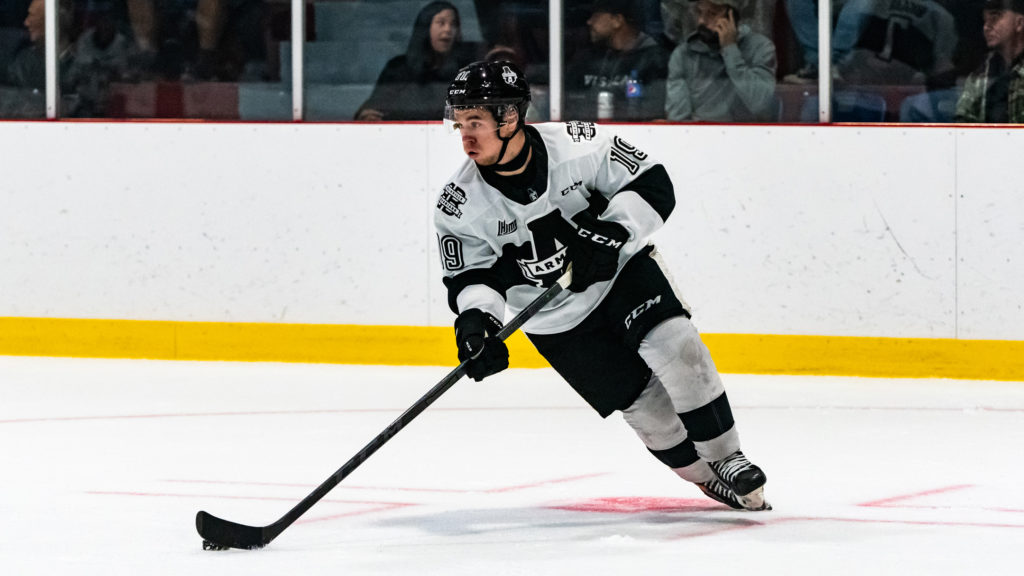 As the QMJHL gets set to open its 2022-23 regular season tonight some familiar faces will be playing in new places this year.

A Memorial Cup champion, and a 100-point player, Lawrence joins an Armada squad that ranked 11th in goals scored last season and didn’t have a single player register 50 points.

The Armada gave up a 2024 first-round draft pick and 19-year-old center Charles Boutin, in addition to a second-round selection in 2022, for Lawrence who set a Sea Dogs franchise record for most assists in a season with 70 last year.

Lawrence enters his final season of junior with 68 goals and 192 points in 219 QMJHL games.

One half of Shawinigan’s QMJHL title winning goaltending tandem, Lavallee joins a Saguenéens team that looks to rebound after a down year in 2021-22.

Across four seasons with Moncton and Shawinigan, Lavallee has 49 wins. His 18 victories last season were a career high.

The Saguenéens gave up a fourth-round selection in 2024 to acquire Lavallee.

A trade that perhaps caught some surprise, Orr joins a Gatineau squad that will look to claim the QMJHL’s West Division for the second straight year.

Orr, a fifth-round pick by the Carolina Hurricanes in 2021, tallied 21 goals and 44 points in 63 games with the Mooseheads last season. The year prior, his 32 points led all QMJHL rookies.

The Olympiques own a significant amount of NHL drafted talent; of their opening night roster, eight players rights are owned by NHL teams.

Another of the Olympiques eight NHL draftees, Nadeau will bring a physical element to Gatineau after a breakout campaign last season.

The Buffalo Sabres draft pick had a career high 35 goals, 43 assists and 78 points and then played at a point-per-game pace in 16 playoff games as he helped Shawinigan claim their first President’s Cup.

The former fifth overall pick in the QMJHL Draft would have a standout Memorial Cup too where he’d score four goals in four games as the Cataractes made the semi-final.

Gatineau emptied the bank for Nadeau as they gave up first-round draft picks in 2022 and 2023 as well as a second-round selection in 2023 in addition to defenceman Thomas Herbert.

After three seasons with the Islanders, where he helped lead them to the President’s Cup last season, Plandowski joins the Voltiguers for his fourth year in the QMJHL.

The Halifax native was a fifth-round choice by Detroit in 2021 and has recorded 17 points in back-to-back seasons. His 163 games with Charlottetown are the seventh most in franchise history by a defenceman.

The blueliner was acquired by the Voltigeurs for a 2022 second-round pick and a fourth-round choice in 2024.