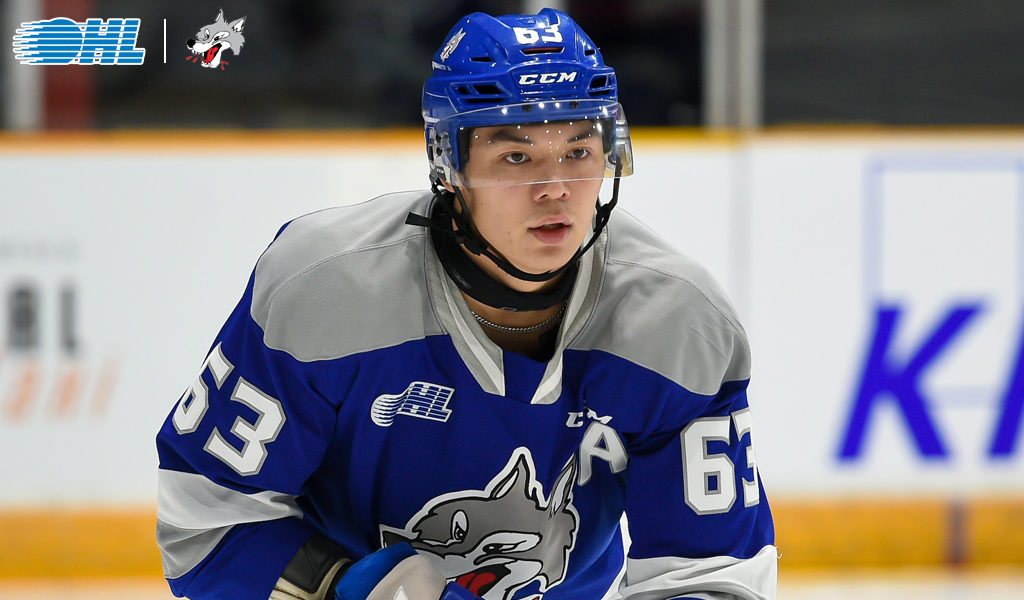 (Greater Sudbury, ON) The Sudbury Wolves are pleased to announce that overage defenceman Liam Ross has been named the team’s new captain for the remainder of the 2021-22 season.

“Liam represents everything it means to be a Sudbury Wolf and to be a Captain,” said Sudbury Wolves VP & General Manager Rob Papineau. “He has been with us his entire OHL career and has always been outstanding in the dressing room. Liam is one of the hardest working players to ever wear a Wolves jersey and he is the perfect leader for our team. This is very well deserved.  We are honoured to have Liam become our next Captain and join our Captain’s Wall where his name will remain forever among the many previous Captains who have all been true Gentleman of Character.”

“Liam Ross exemplifies all that it is to be a Captain,” added Sudbury Wolves Head Coach Craig Duncanson. “He is a true man of integrity, hard work and commitment. I am confident he can lead our group to a successful second half this season.”

“It is truly a huge honour to be named captain,” said Ross. “I want to thank my coaches; Duncanson, Stortini and Moxam, and my teammates for their support. I’m excited and looking forward to the rest of the season.”

In 220 career regular season games with the Wolves, Ross has 17 goals and 47 assists for 64 points. He is a plus 27 through four seasons and has accumulated 140 penalty minutes. He was a previous 4th round draft pick by the Wolves in the 2017 OHL Priority Selection and also attended the Pittsburgh Penguins NHL Rookie camp in 2019.

Liam Ross is joined in the leadership group by assistant captain Ethan Larmand. For the time being, the other two alternate captain designations will rotate through other players on the team until permanent designations are announced.

Ross will don the C for the first time this Thursday when the Wolves visit the Peterborough Petes at 7:05pm. Fans can tune into the live play-by-play on CKLU 96.7 and mixlr.com/sudburywolves. Fans can also watch on CHL TV at https://watch.chl.ca/ohl as well as on Eastlink Channel 10.