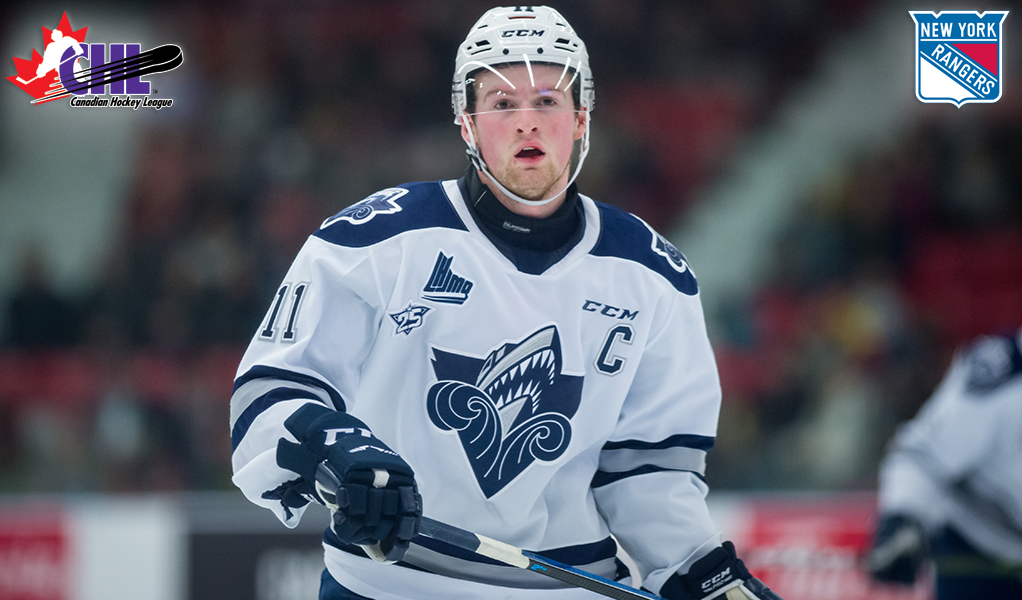 It’s been quite the week for Alexis Lafreniere.

The two-time CHL Player of the Year from the Rimouski Oceanic was selected first overall by the New York Rangers last Tuesday, celebrated his 19th birthday on Sunday, then signed his entry-level contract on Monday.

“It’s a big honour for me,” Lafreniere said after being chosen first overall. “Obviously the New York Rangers is a big organization with a lot of history and a lot of great players. I’m really excited to join this team. Just throwing on a Rangers jersey is pretty amazing. Growing up you dream of being drafted in the NHL and just being able to have an NHL jersey, especially the New York jersey, it’s pretty unreal for me.”

While there was never a doubt that Lafreniere would sign, putting pen to paper officially marks the beginning of his future with the original six organization.

“Obviously we’re really excited about getting him signed and becoming a Ranger and looking forward to the first time we can actually see him on the ice,” said Rangers GM Jeff Gorton, who also confirmed Lafreniere would not be returning to Rimouski for the 2020-21 season but rather prepare for his first NHL Training Camp in New York.

The Saint-Eustache, Quebec, native finished his QMJHL career with 297 points in 173 games. He became the 39th CHL player to be selected first overall in the NHL Draft since 1969 and third member of the Oceanic to hear his name called first following Sidney Crosby in 2005 and Vincent Lecavalier in 1998. Prior to Lafreniere, Lecavalier was the last Quebec born skater chosen number one however goaltender Marc-Andre Fleury (Cape Breton Screaming Eagles) was the province’s last top choice in 2003.

Lafreniere, who will wear number 13 for the blue shirts, is the first member of the 2020 NHL Draft class to sign.