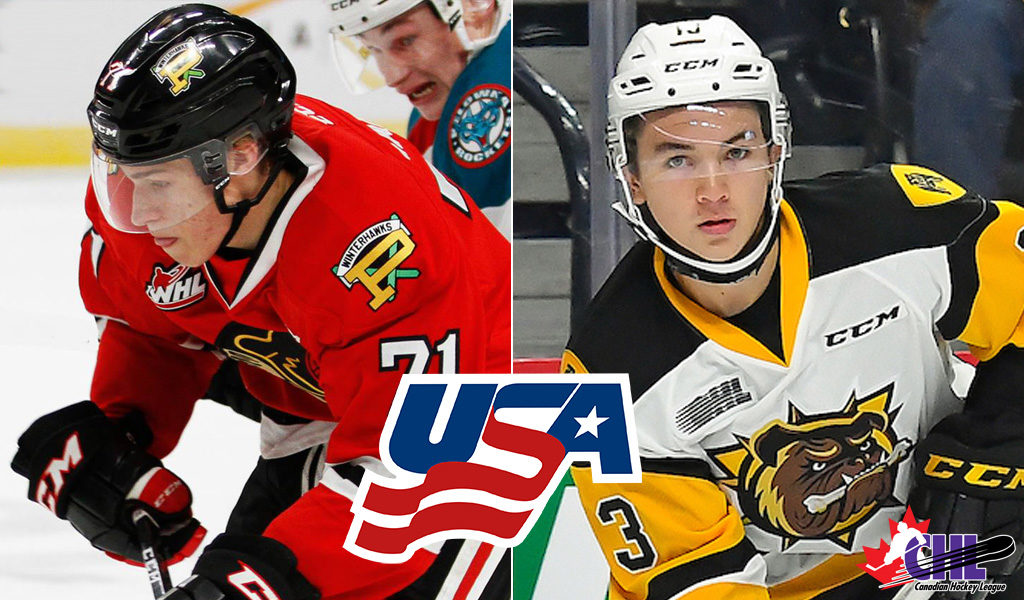 Toronto, ON – The Canadian Hockey League announced Monday that two CHL players will represent the United States at the 2019 Hlinka Gretzky Cup to be held August 5-10 in Breclav, Czech Republic and Piestany, Slovakia.

Forwards Cross Hanas (Portland Winterhawks) and Avery Hayes (Hamilton Bulldogs) will represent the U.S. in the annual summer Under-18 tournament as the Americans seek their first finish atop the podium since 2003.

A 17-year-old native of Highland Village, TX, Hanas recorded 22 points (8-14–22) over 67 games with the Winterhawks as a rookie last season. The 6-foot-1 left-winger was originally Portland’s fourth round pick in the 2017 WHL Bantam Draft and will be representing the United States internationally for the first time in his CHL career.

A 16-year-old native of Westland, MI, Hayes put up 18 points (7-11–18) over 64 games with the Bulldogs in 2018-19. Hayes was originally Hamilton’s sixth round pick in the 2018 OHL Priority Selection. He’ll be representing the United States internationally for the first time in his CHL career.

The U.S. Under-18 team will be coached by Pat Ferschweiler who recently guided the United States to gold at the 2017 World Under-17 Hockey Challenge.

For the complete U.S. Under-18 roster, visit usahockey.com.