Coyle proving to be perfect addition for Bruins 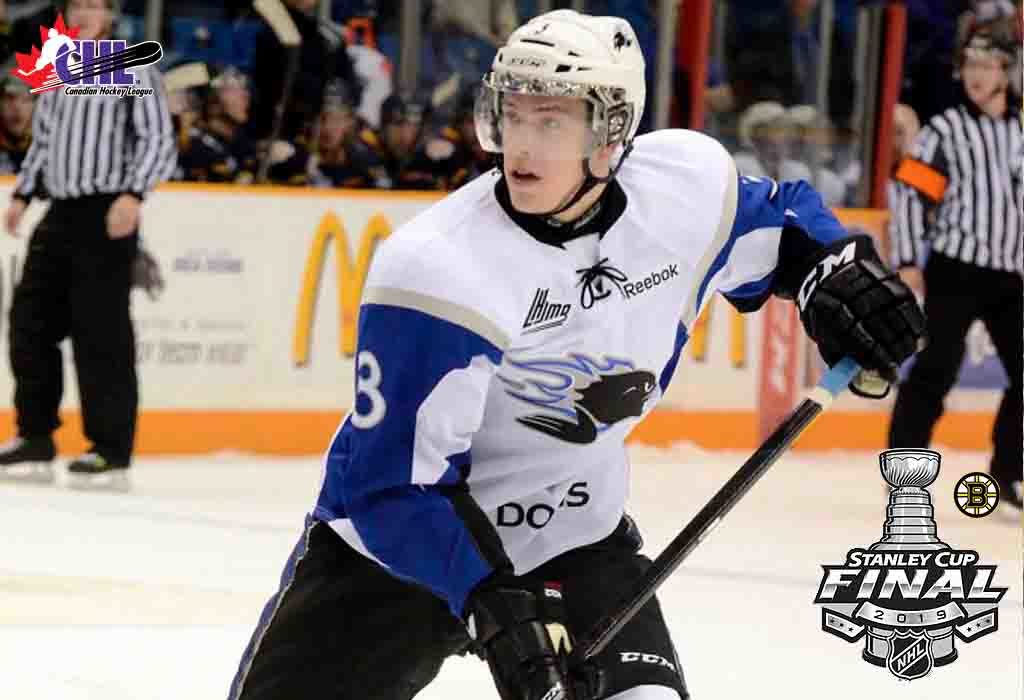 While rival general managers were looking to reel in the big fish at the NHL trade deadline, Don Sweeney of the Boston Bruins was in search of the perfect fit. He evidently found it in Charlie Coyle.

Sending Ryan Donato and a conditional draft choice to the Minnesota Wild in exchange for Coyle, the Bruins beefed up their lower lines with some added size and some extra scoring punch, both of which have proven to be key additions for the club as it slogged its way through three rounds of playoff action to advance to the Stanley Cup Final for the third time in nine years. After doing away with the Toronto Maple Leafs, Columbus Blue Jackets, and Carolina Hurricanes, Coyle and the Bruins now look to upset the St. Louis Blues to win the Stanley Cup for the seventh time in franchise history.

In Coyle, the Bruins not only added sandpaper and scoring, they also brought home a Massachusetts native – Coyle hails from East Weymouth, just south of Boston – who surely understands the culture of the club, what it means to be a Bruin, and how special it would be to bring the Stanley Cup back to New England.

The Bruins have also recruited a winner. Spending one season with the QMJHL’s Saint John Sea Dogs in 2011-12, Coyle put up 38 points in 23 games, then found another gear in the postseason as he produced at a multi-point per game pace as he finished with 15 goals and 19 assists across 17 games to tie for first place in the QMJHL playoff scoring race and help the Sea Dogs to a 16-1 postseason showing en route to the President’s Cup, marking back-to-back league titles for the franchise.

Coyle’s keen big-game ability has shown up again this spring, where after a relatively quiet introduction with the Bruins to close out the regular season in which he recorded six points in 21 games, he’s now upped his game when it matters most, registering nine goals and seven assists in as many appearances. Those tallies include an overtime winner in Game 1 against the Blue Jackets in the semi-final as well as goals in the past three games of the Stanley Cup Final. In all, Coyle sits tied for fifth in postseason scoring and, given his ability to step up in big games, he is making his case for the Conn Smythe Trophy, presented to the NHL playoff MVP.

“I’m just trying to play my game and do my part. I’ve been fortunate to be on the end of some good passes, and things like that,” Coyle told Don Brennan of the Ottawa Sun. “I think when I’m playing and feeling the puck and bouncing off guys and winning battles, that’s when you get the most confidence. Playing your game, getting the feet moving, you’re involved physically. I think that’s something personally for me, and our team, when we do that well, we’re usually on top of our game. You’re just trying to play your game and make sure you do it the best you can, and try to be a force out there any way. That’s what I’m trying to do, and trying to be solid defensively.”

When Coyle isn’t scoring – those days are evidently few and far between this spring – he’s also proven to be a force away from the puck and a key addition to head coach Bruce Cassidy’s lineup that has proven to be a difficult matchup for opponents with an ability to play four effective lines.

In the lead up to the trade deadline, while other clubs were making marquee additions – the Vegas Golden Knights brought in Mark Stone (Brandon Wheat Kings) from the Ottawa Senators, and Wayne Simmonds (Sault Ste. Marie Greyhounds) went from the Philadelphia Flyers to the Nashville Predators, among other big-ticket trades – the Bruins focused on finding the perfect fit their group. After all, it’s a winning culture that has led to the Bruins’ success, something that seemingly comes a little more natural when that player calls Boston his hometown.

“It does add another layer that you need to sort of identify, openly discuss, and really, tap into the resources you have to identify whether or not that player will be able to thrive in that marketplace,” Sweeney told Tommy McArdle of Boston.com following the February trade. “We feel comfortable in this regard, and hopefully we’re right.

“I like his size and strength in the middle of the ice. Watching him play the wing, he’s not necessarily a shoot first guy. He’s a possession player. Can he complement? Certainly, and he can score, but he’s a bit unselfish in that regard. He’s put up anywhere from 50 to 30 points, he’s a consistent player, like I said the 5-on-5 production is there, and I believe he’s going to come in and complement our group.”