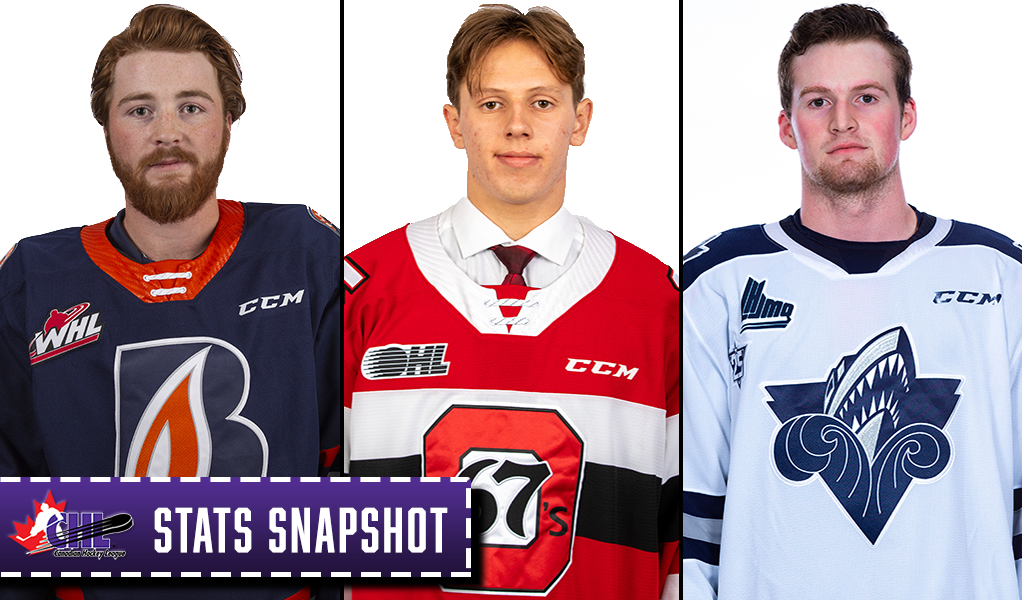 As the 2019-20 campaign enters the stretch drive toward the playoffs, here is a look at the top scorers from across the Canadian Hockey League:

No player has decorated the scoresheet more often this season than Ottawa 67’s centre and projected 2020 first-round pick Marco Rossi who stands atop the OHL with 78 points counting 27 goals and 51 assists through 35 appearances.

In all, Rossi has recorded an astounding 22 multi-point performances, including a season-high six-point showing versus the Kingston Frontenacs in late November that saw him finish with three goals and three assists in an 11-6 road victory in which he was recognized as the game’s second star. After finishing second in scoring among all rookies a year ago, Rossi’s success has continued into this season, a stretch that has also included an 18-game point streak in which he amassed 47 points.

Across the OHL, other top scorers include fellow 2020 NHL Draft prospect Cole Perfetti of the Saginaw Spirit who has collected 75 points through 43 games followed by London Knights centre and Washington Capitals first-round pick Connor McMichael at 71 points through 32 contests.

All eyes on Lafreniere

Registering 24 goals and 54 assists for 78 points through 36 appearances – one more game than Rossi – Rimouski Oceanic captain Alexis Lafreniere continues to shine ahead of the NHL Draft in June when it is expected he will his hear named called first overall.

With at least one point in 16 of his past 17 outings, Lafreniere continues to demonstrate the offensive qualities that talent evaluators dream about. In all, he has been held off the scoresheet just five times this season, while he has also come away with multiple points in 21 appearances. That stretch includes a pair of season-high five-point performances with his most recent coming against the Val-d’Or Foreurs in early December that saw him finish with his fifth career hat-trick plus two assists in a 10-8 road victory in which he was crowned as the game’s first star.

Few players have been more productive in recent weeks than Kamloops Blazers veteran right-wing Zane Franklin who has surged atop the WHL scoring race with 25 goals and 47 assists for 72 points through 44 games.

With at least one point in seven of his past eight appearances, the stretch included back-to-back four points showings versus the Spokane Chiefs and Tri-City Americans that tied a season high. In all, Franklin has recorded 23 multi-point performances on the season, with the recent effort against Spokane counting one goal and a trio assists en route to a 6-3 road victory and second-star recognition.

A big four-point Friday from the @blazerhockey captain vaulted @zaner19 into sole possession of the WHL's scoring lead! #WHLStats pic.twitter.com/1VxS0MMyVE

Across the WHL, other top scorers include Minnesota Wild prospect Adam Beckman of the Spokane Chiefs who has recorded 69 points through 42 contests followed by Medicine Hat Tigers veteran forward James Hamblin matching that same point total across 44 outings. 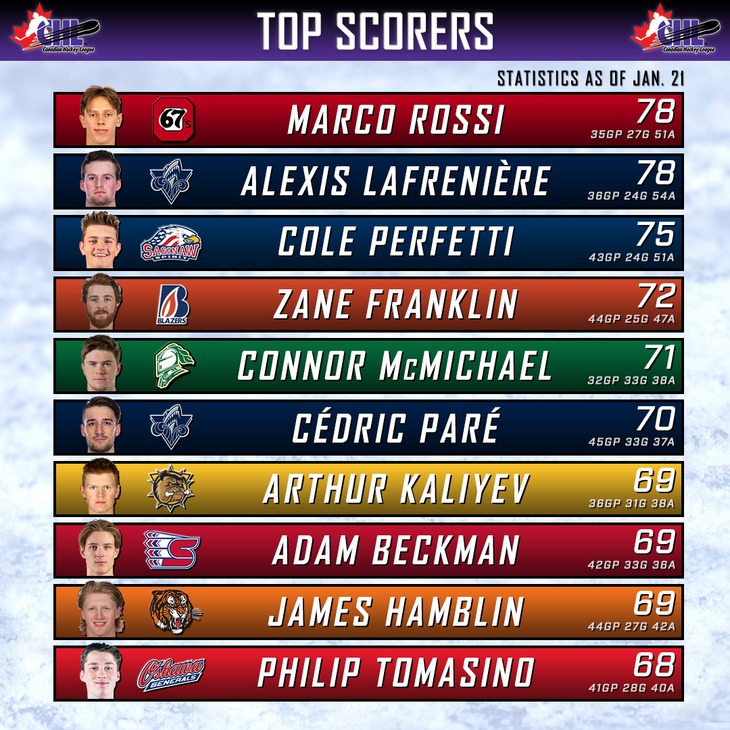