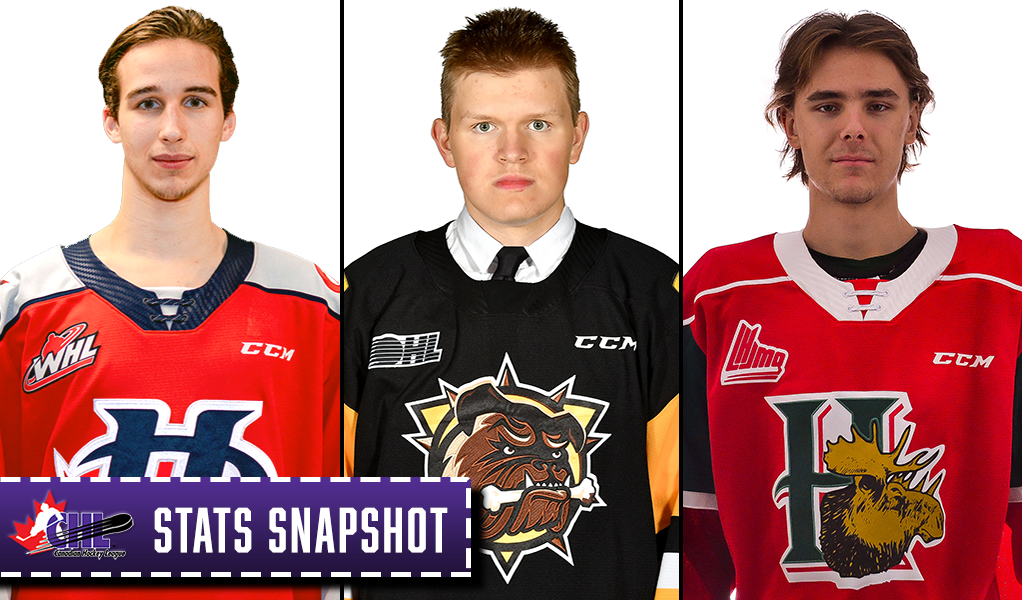 Hockey legend and Soo Greyhounds graduate Wayne Gretzky said it best when he stated, “You miss 100% of the shots you don’t take.” That message has taken hold across the Canadian Hockey League this season with plenty of players always willing to fire the puck:

No player shoots the puck more frequently than Halifax Mooseheads right-wing and Edmonton Oilers draft pick Raphael Lavoie who leads the circuit with 191 shots in only 30 appearances.

Lavoie has lit the lamp on 18 occasions this season, working out to a 9.4% shooting percentage while averaging just over six shots a game. Incredibly, Lavoie has registered at least three shots in every game this season, while on two occasions he has finished in double digits in the shot column. His top performance in this regard came against the Cape Breton Eagles in mid-October when he notched an astounding 14 shots, a game in which he finished with one goal and one assist.

In conversation with Raphael Lavoie:@JuniorHockeyMag spoke to the @HFXMooseheads forward and @EdmontonOilers prospect about his @cibc #CANvsRUS success with Team @QMJHL and his outlook for #WorldJuniors 📻

Other leaders from across the QMJHL include Baie-Comeau Drakkar right-wing and Pittsburgh Penguins prospect Nathan Legare coming in at 177 shots followed by Moncton Wildcats right-wing Jeremy McKenna who has fired 176 pucks on net.

It comes as no surprise that Hamilton Bulldogs left-wing and Los Angeles Kings draft pick Arthur Kaliyev likes to shoot the puck.

Leading the OHL with 171 shots, Kaliyev also tops the charts in the goal column with a league-leading 31 markers on the season. Working out to an incredible 18.1% shooting percentage and averaging more than five shots a game through 33 appearances, Kaliyev has also registered at least one shot in each game this season in addition to three occasions where he has matched a season high of nine shots. The most recent nine-shot outing came against the North Bay Battalion in mid-November in which he finished with one goal and one assist in a 5-1 road victory.

What a goal scored recently by @Arthur_Kaliyev of the @BulldogsOHL! We talked with the Uzbekistan-born American about his dreams of making the @USAHockey roster for the #WorldJuniors and the NHL with the @LAKings. https://t.co/gGHCShMmno 🏒🥅🇺🇸🇺🇿 pic.twitter.com/k6jKtHTp5v

Beyond Kaliyev, other frequent shooters from across the OHL include Oshawa Generals centre Brett Neumann with 142 shots on the season followed by Guelph Storm left-wing Pavel Gogolev who has notched 134 shots so far in 2019-20.

You have to shoot to score, a message Lethbridge Hurricanes centre and Buffalo Sabres first-round pick Dylan Cozens is acutely familiar with given his high showing in the WHL scoring race this season.

Topping the chart with 147 shots, Cozens has found the back of the cage 20 times, good for a 13.6% shooting percentage while averaging just shy of five shots a night. Cozens has also registered at least one shot in all 30 of his appearances this season, while on two occasions he has reached double digits in the shot column. His highest showing came against the Regina Pats in late November when put 11 pucks on net before finishing with one goal and two assists in a 4-1 win.

In conversation with @Dylan_Cozens:@JuniorHockeyMag spoke to @TheWHL’s leading scorer about his success with @WHLHurricanes, pre-season experience with @BuffaloSabres, growing up in the Yukon, and what it would mean to play #WorldJuniors 📻

Across the WHL, other players who are no stranger to the shot column include Kamloops Blazers centre and 2020 NHL Draft hopeful Connor Zary with 144 shots followed by Spokane Chiefs left-wing and Minnesota Wild prospect Adam Beckman clocking in at 143. 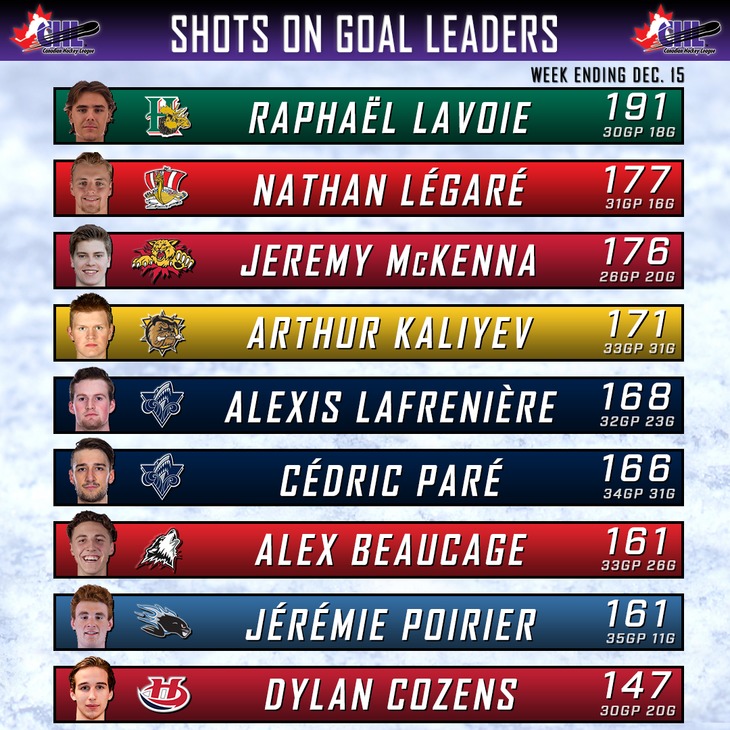