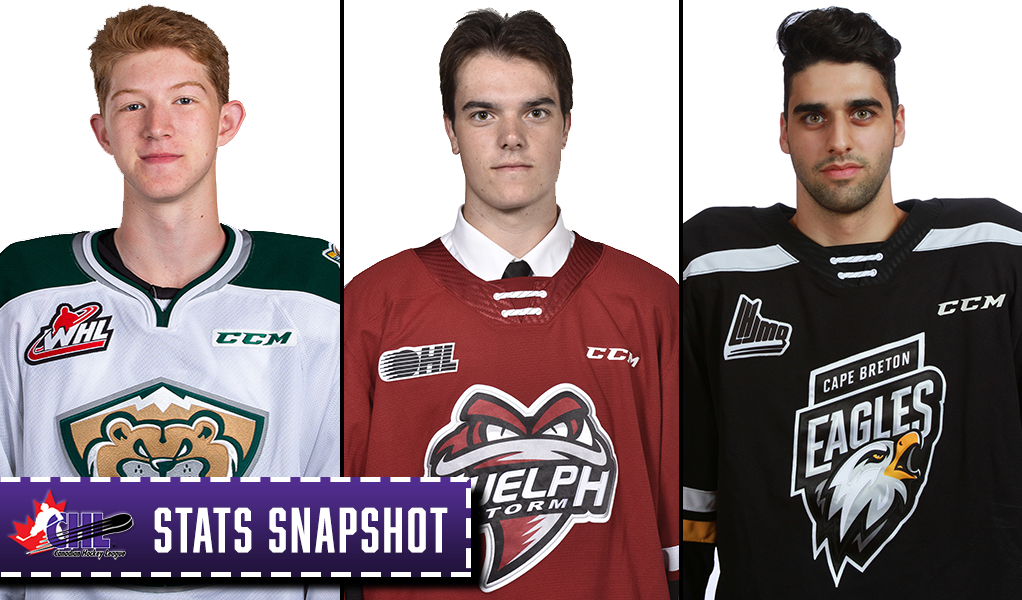 The race for top goaltending honours has seen plenty of stellar play between the pipes as the 2019-20 season winds down.

After leading the WHL in both the goal-against average and save percentage columns a year ago, Everett Silvertips netminder Dustin Wolf has carried over that astounding play into the 2019-20 campaign.

A 2019 seventh-round draft choice by the Calgary Flames, Wolf’s selection is evidently paying off in spades as he stands atop the entire circuit with an incredible .937 save rate across 38 appearances. On eight occasions this year, Wolf has come away with a perfect game, including a 5-0 victory over the Medicine Hat Tigers that saw him turn aside 41 shots en route to the victory.

Across the WHL, other top goaltenders include Shane Farkas of the Victoria Royals who owns a .929 save percentage through 28 games, followed by a log jam of netminders with equal marks including NHL Draft prospect Dylan Garand of the Kamloops Blazers, rookie Sebastian Cossa of the Edmonton Oil Kings, and Arizona Coyotes prospect David Tendeck of the Vancouver Giants all with .922 save percentages.

After going unselected in last year’s NHL Draft, Guelph Storm netminder Nico Daws has made the most of his third career season as he stands atop the OHL with a .931 save percentage through 31 appearances.

Surrendering just six regulation losses on the year, Daws’ strong play in the blue paint helped him earn a spot with Team Canada at the 2020 IIHF World Junior Championship, while he also enters the 2020 NHL Draft as the top-ranked North American goaltender.

He helped our nation win World Junior gold. Now, he’s the top rated North American netminder for the upcoming #NHL Draft. We go one on one with @NicoDaws of the @Storm_City. Listen at https://t.co/jcW3Y3wI6I or wherever you get podcasts. #chl #ohl #qmjhl #whl pic.twitter.com/83KO8ieUjw

Beyond Daws, other top netminders from across the OHL include Los Angeles Kings prospect Jacob Ingham of the Kitchener Rangers who owns a .919 save percentage through 39 contests followed by London Knights first-year netminder Brett Brochu who has impressed with a .917 save rate through 35 appearances.

In the QMJHL, no netminder has come up as big this season as Kevin Mandolese of the Cape Breton Eagles.

Through 32 games, Mandolese owns a .922 save percentage, with 22 wins on the season and a stretch that has seen the Ottawa Senators prospect come away with the victory in seven of his last eight appearances, including a 33-save effort versus the Blainville-Boisbriand Armada earlier in February that helped guide his squad to a 5-1 road win.

While Mandolese tops the charts, other strong showings across the QMJHL include 2020 NHL Draft prospect Samuel Hlavaj of the Sherbrooke Phoenix who owns a .916 save percentage in 33 games followed by Edmonton Oilers draft pick Olivier Rodrigue of the Moncton Wildcats and St. Louis Blues prospect Colten Ellis of the Rimouski Oceanic who own .911 save rates through 31 and 24 contests respectively. 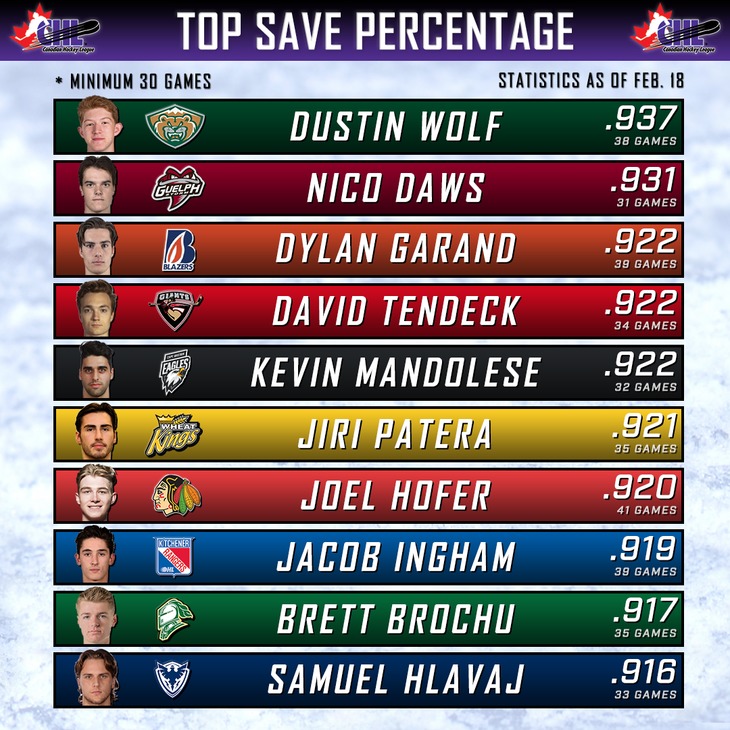