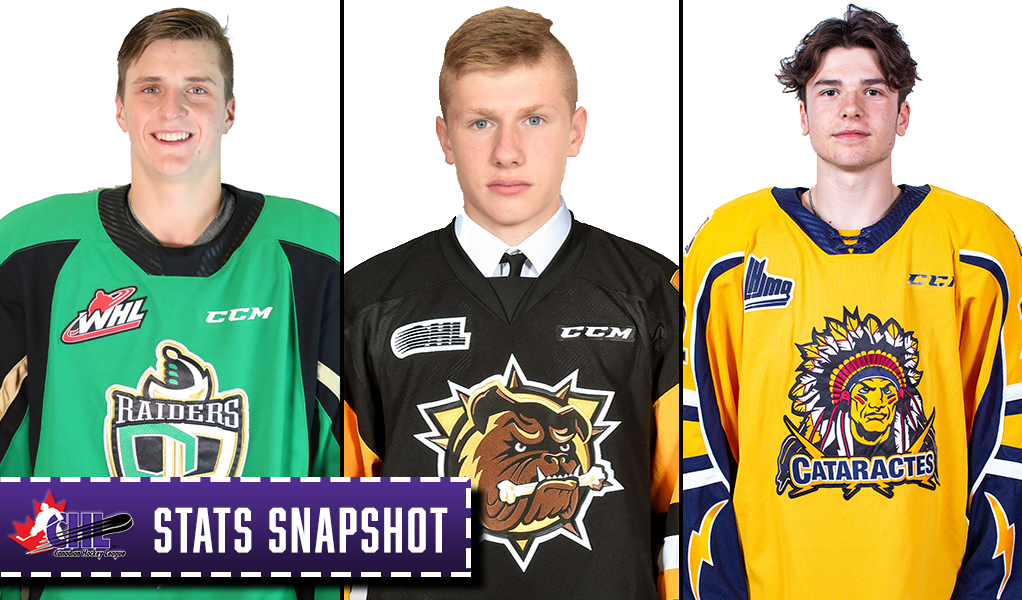 As temperatures are cooling off from coast to coast, the races are heating up across the Canadian Hockey League with several players stringing together impressive active point streaks as the schedule enters December:

Leading the way is Hamilton Bulldogs centre Jan Jenik who has tallied at least one point in all 25 of his games this season to give him 20 goals and 34 assists through the first portion of 2019-20.

There is no sign of trailing off either as the Arizona Coyotes prospect has secured 26 points in his past 10 outings, including a season-high six-game stretch in which he finished with multiple points in each contest. The native of Czech Republic put up his most impressive showing against the North Bay Battalion in mid-November that saw him net his first career hat-trick before adding two assists as he factored in on each goal of the 5-1 final that saw him claim first-star recognition.

Jan Jenik has been named the #OHL Player of the Month for November! #GoHAM pic.twitter.com/LjBpny6SRv

Bourque shining ahead of draft day

In the QMJHL, Shawinigan Cataractes centre and 2020 NHL Draft hopeful Mavrik Bourque is on a torrent pace as he has decorated the scoresheet in each of his past 16 outings, a stretch that has seen him record 11 goals and 18 assists for 29 points.

Beginning his streak in mid-October, Bourque has been held without a point on just three occasions this season, while he has seemingly found another offensive gear in recent weeks as five of his past nine appearances have seen him record at least two points. That stretch saw him register his season-high performance with a five-point night against the Saint John Sea Dogs in mid-November in which he finished with one goal plus four assists en route to an 8-5 victory and second-star honours.

Bourque’s 16-game point streak matches the best showing from the QMJHL this season, tying him with Sherbrooke Phoenix forward Felix Robert, who through mid-November collected 11 goals and 23 assists for 34 points in as many appearances. Other current point streaks in the QMJHL include a pair of Halifax Mooseheads forwards in Maxim Trepanier, who has notched 20 points in his past 13 outings, as well as Benoit-Olivier Groulx with 21 points counting seven goals and 14 assists in his last dozen appearances.

Protas piling up the points

One season after hoisting the Ed Chynoweth Cup for the first time in 1984, there is a changing of the guard with the Prince Albert Raiders led by Washington Capitals prospect Aliaksei Protas whose current nine-game point streak has seen him record a total of six goals and eight assists and take over the league’s scoring lead.

After notching four points through his first four games of the streak, Protas has heated up as the streak continues, with 10 points in his last five appearances including a three-point night against the Swift Current Broncos in late November in which he finished with one goal and a pair of assists to power his club to a 4-1 victory before receiving first-star recognition. Protas now has 42 points in 27 games.

Aliaksei Protas and Ilya Usau have been invited to take part in Belarus' camp for the 2020 IIHF World Under-20 Championship Division 1A, which begins Dec. 9 in Minsk.

📲Get the details on the Raiders App, or online here: https://t.co/JElJVn2s2y

Should Protas’ point streak continue for another four games, he will tie the WHL’s record for 2019-20 set by Kamloops Blazers forward Connor Zary and Medicine Hat Tigers forward Brett Kemp who sit atop the charts with 13-game point streaks that were eventually snapped in October and November, respectively. Meanwhile, other top active point streaks from across the WHL include Raiders centre Spencer Moe with nine points in his last six outings, while Calgary Hitmen left-wing Orca Wiesblatt has notched eight points in his last half-dozen appearances. 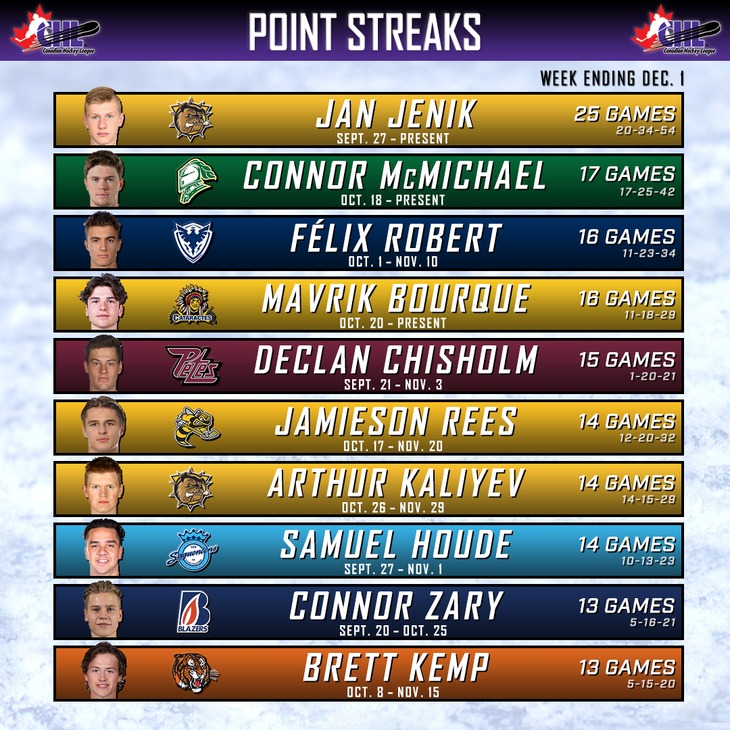