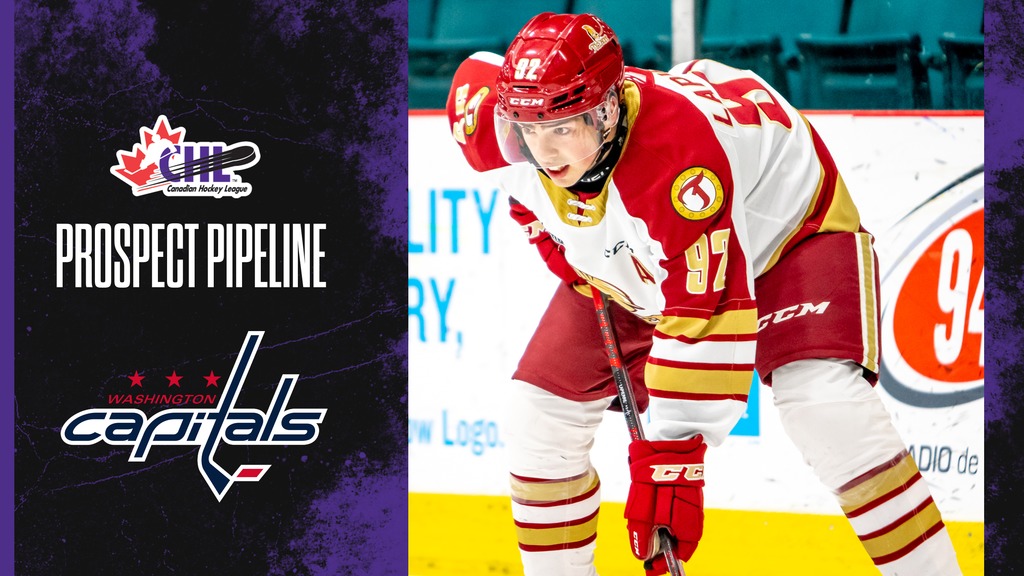 A confident netminder, Bjorklund plays an entertaining style between the pipes that brings fans to their feet and helps his side find the win column. Taking command of the starting duties last season with the Medicine Hat Tigers, Bjorklund came away with eight victories coupled with a 4.26 goals-against average and .877 save percentage. The 20-year-old product of Grande Prairie, Alta., also brings experience on the national stage as he joined Canada Black at the 2018 World Under-17 Hockey Challenge. The 21st overall pick from the 2017 WHL Draft, Bjorklund has notched 40 wins in 96 career appearances. A 2020 sixth-round selection by the Capitals, Bjorklund inked his entry-level contract with the club in April.

A reliable, defensive-minded forward, the German import also showed signs of an offensive touch last season with the Gatineau Olympiques where despite being limited to 18 appearances he chipped in with two goals and eight assists. The budding left-wing was chosen by the Capitals in the fifth round of the 2021 NHL Draft.

A solid two-way defenceman, the overage Czech rearguard is a strong skater who makes smart decisions with the puck, elements that have helped him elevate the offensive side of his game. Making 57 appearances with Shawinigan last season, Has registered eight goals and 12 assists then added another six points in 16 playoff outings to help the Cataractes capture the President Cup. Has heard his name called by Washington in round five of the 2019 class.

A big-bodied centre who uses his size to create scoring opportunities, Hofer showed promising offensive progression last season with the Everett Silvertips as he approached a point-per-game pace in putting up 25 goals and 33 assists through 67 appearances. The 20-year-old Winnipeg native was particularly dangerous in the postseason as he added another 10 points in six outings. That performance helped Hofer to hear his name called by the Capitals in the sixth round of this summer’s NHL Draft.

Bringing ideal size to the back end, Iorio is a well-rounded rearguard whose deceptive offensive talents allow him to find the scoresheet. Skating in his fourth season with the Brandon Wheat Kings, the 19-year-old product of Coquitlam, B.C., impressed through 60 outings as he led all team defencemen with 44 points counting 11 goals and 33 assists, marking career highs in all three categories. A 2021 second-round selection by the Capitals, Iorio came to terms on his entry-level contract that October.

Using his strong skating ability to create separation, the Guelph Storm left-wing put together an impressive first season with his hometown club where through 68 appearances he finished fourth in team scoring with 12 goals and 33 assists for 45 points. That success put the 18-year-old on the radar of the scouting community as he was chosen by Washington in the fifth round of the 2022 NHL Draft.

A modern-game defenceman who excels in transition, the Medicine Hat Tigers blue-liner has continued to grow the offensive size of his game over part of three junior seasons including the 2021-22 campaign where he posted 19 points counting four goals and 15 assists across 66 appearances. Coming from a strong hockey family, the 19-year-old product of Okotoks, Alta., was selected by Washington in the sixth round of the 2021 NHL Draft.

Owning an innate ability to produce points, the playmaking centre finds his opportunities due to excellent hockey smarts and on-ice vision. Joining the Acadie-Bathurst Titan last season, the one-time first-overall selection from the QMJHL Entry Draft provided ideal secondary scoring for his club as he tallied a career high of 51 points counting 21 goals and 30 assists in only 40 outings. A 20-year-old native of Gatineau, Que., Lapierre’s experience on the national stage is highlighted by a dominant performance at the 2020 Hlinka Gretzky Cup where he registered 11 points in just five games. Chosen by Washington 22nd overall in the 2020 NHL Draft, Lapierre made his NHL debut with the club last fall, a six-game stretch which counted his first-ever NHL goal.

Closing out his junior days on a high note, the Seattle Thunderbirds overage centre made the most of the 2021-22 season as he notched career bests in all major offensive categories. In all, through 47 appearances, the Vancouver native tallied 21 goals and 44 assists for 65 points and finished third in team scoring. Not yet finished, Rybinski continued to flash his offensive upside in the postseason where he added another 18 points in 19 outings. Rybinski was rewarded for his efforts as the then free agent landed an entry-level contract with Washington in March.