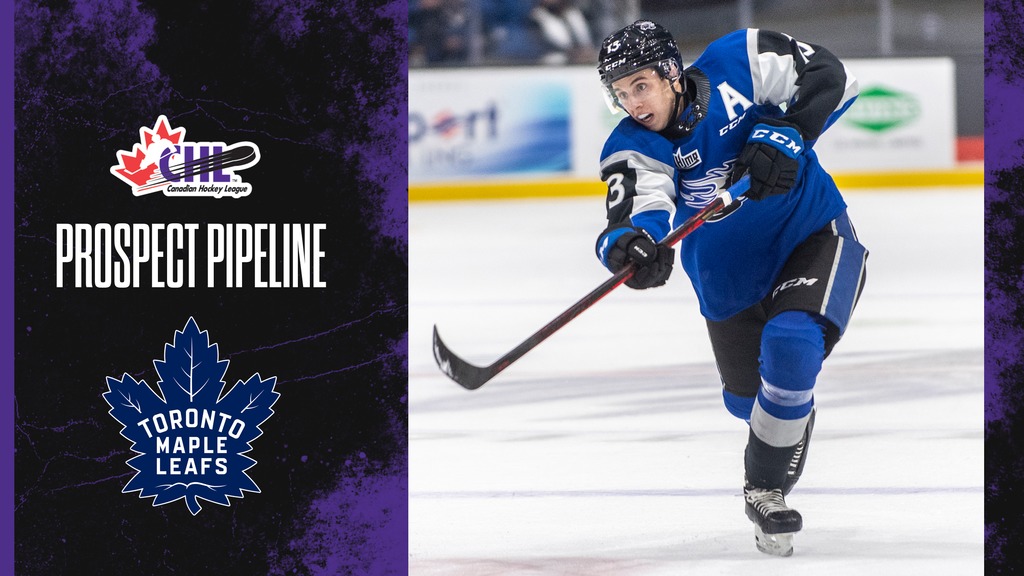 Patient with the puck, the undersized pivot uses his speed and agility to find his scoring chances. While limited to 28 appearances last season with the Flint Firebirds, Kressler managed five goals and 11 assists before adding another 10 points in 17 playoff contests. A 19-year-old Kitchener, Ont., native, Kressler has also earned opportunities internationally, joining Canada Red at the 2019 World Under-17 Hockey Challenge. The Maple Leafs signed Kressler as an undrafted free agent last October.

Using his skills and smarts to create offensive opportunities, the undersized left winger found his scoring touch last season with the Saskatoon Blades where through 68 outings he tallied 33 goals and 25 assists. The ninth-overall selection from the 2019 WHL Draft, Lisowsky has posted 75 points through 94 career contests with the Blades. An 18-year-old native of Port Coquitlam, B.C., Lisowsky was chosen by the Maple Leafs late in this summer’s NHL Draft.

A versatile centre who brings high-end hockey IQ, Minten showed solid offensive progression in his second season with the Kamloops Blazers as he registered 55 points counting 20 goals and 35 assists through 67 outings, good for fifth in team scoring. That success continued into the playoffs as the 18-year-old Vancouver native added another 16 points in 17 contests. Minten was chosen by the Maple Leafs early in the second round of this summer’s NHL Draft.

Bringing an exciting offensive toolkit from the back end, the Saint John Sea Dogs rearguard finds the scoresheet with regularity and is particularly dangerous on the man advantage. The second-overall selection from the 2018 QMJHL Entry Draft, Villeneuve has spent the past four campaigns with the Sea Dogs, underscored a Memorial Cup title to end the most recent season. In all, 2021-22 saw Villeneuve shine with 56 points counting eight goals and 48 assists through 64 appearances, good for second best among team defencemen and a spot on the QMJHL Second All-Star Team. Hailing from Sherbrooke, Que., the 20-year-old was chosen by Toronto in the fourth round of the 2020 NHL Draft and signed his first contract with the club last September. The coming campaign will see Villeneuve join the minor pros with the AHL’s Toronto Marlies, with whom he has previously had a two-game audition.

A creative right winger, the Sarnia Sting forward draws defenders with his shifty style before striking to find his linemates in ideal scoring positions. Accelerating to a team-best 80 points through 67 appearances last season that also marked a career high, Voit has shown plenty of promise over his junior career. A 19-year-old Pittsburgh native, Voit was selected by the Maple Leafs in the fifth round of the 2021 NHL Draft, then signed his entry-level agreement with the club last December.