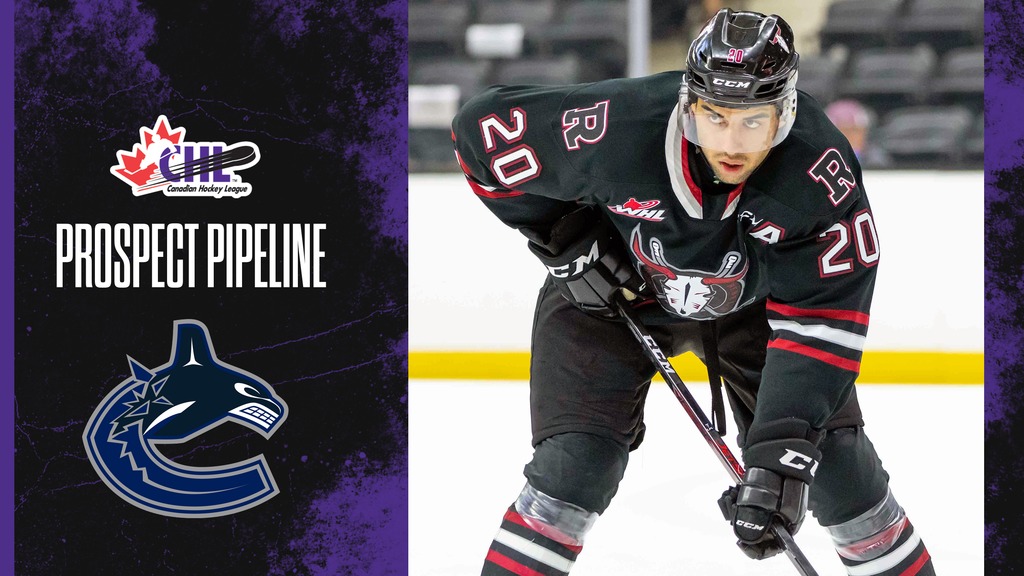 Putting together a phenomenal overage campaign, the Red Deer Rebels veteran left-wing smashed his previous career high-water marks in recording 112 points counting 43 goals and 69 assists through 68 outings to claim the Bobby Clarke Trophy as the WHL’s top scorer. That success helped the native of Surrey, B.C., sign with his hometown Canucks as an undrafted free agent in March.

Joining the Soo Greyhounds following his sixth-overall selection in the 2021 CHL Import Draft, the Russian rearguard made a smooth transition to North America as through 68 appearances he registered five goals and 34 assists for 39 points. Excelling at activating the rush, the 18-year-old showed intriguing offensive upside and ultimately heard his name called by the Canucks late in this summer’s NHL Draft.

Showing impressive offensive progression last season with the Erie Otters, the talented centre plays a deceptive style that freezes the opposition and allows him to find the scoresheet. In all, Lockhart shined with 48 points in 64 outings, good for fourth in team scoring. An 18-year-old native of Kanata, Ont., Lockhart has also earned time on the national stage, joining Canada Red at the 2019 World Under-17 Hockey Challenge where he put up four points in five games. The third-overall pick from the 2019 OHL Priority Selection, Lockhart will join the Peterborough Petes for the coming campaign. Lockhart was chosen by the Canucks in the sixth round of the 2021 NHL Draft.

An excellent puck distributor with a strong ability to join the rush, the Swedish import put together solid first season in the North American environment where through 65 appearances with the Kamloops Blazers he registered four goals and 25 assists. The 2001-born blue-liner has the opportunity to continue his playing days in the B.C. market after being chosen by Vancouver in the seventh round of the 2020 NHL Draft.

Playing with a calm demeanor and using his generous size to angle the opposition, the budding netminder made 23 appearances with the Prince George Cougars last season, finding the win column on six occasions while also coming away with a 3.50 goals-against average and .899 save percentage. A 17-year-old native of Coaldale, Alta., Young was selected by the Canucks in the fifth round of this summer’s NHL Draft.