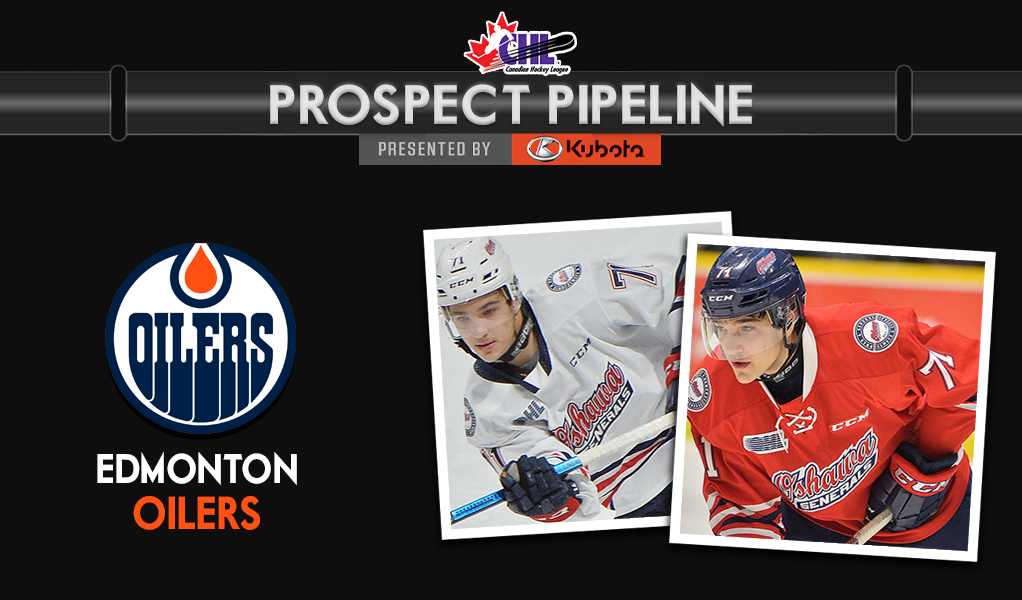 Possessing an ideal combination of skill and grit, the Oshawa Generals centre was originally chosen with the 11th pick in the 2018 OHL Priority Selection. Debuting with the club later that fall, Tullio made an immediate impression in putting together a solid rookie season where he provided reliable secondary scoring support with 15 goals and 27 assists for 42 points across 60 appearances. In all, that performance saw Tullio rank sixth among all freshmen scorers league-wide and helped him earn a spot on the 2018-19 OHL Second All-Rookie Team. The product of Lakeshore, Ont., then took another step as a sophomore as he produced north of a point-per-game in registering 27 goals and 39 assists through 62 showings. Playing the 2020-21 campaign on loan with HK 32 Liptovsky Mikulas of the top professional Slovakian league, Tullio was a natural fit in the pro ranks as he posted 13 points counting four goals and nine assists through his 19-game set. A mid-round selection by the Oilers in last summer’s NHL Draft, the 2002-born forward is primed to return to the Generals for the coming season.

With the 126th-overall pick, the #Oilers have selected forward Tyler Tullio of the Oshawa Generals!#NHLDraft | #LetsGoOilers pic.twitter.com/laiZ6eG6P9 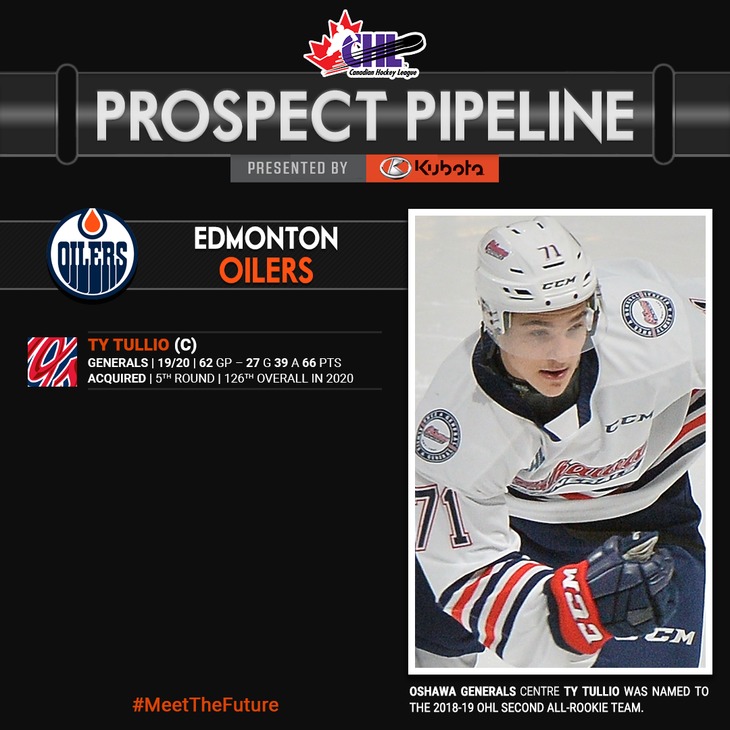