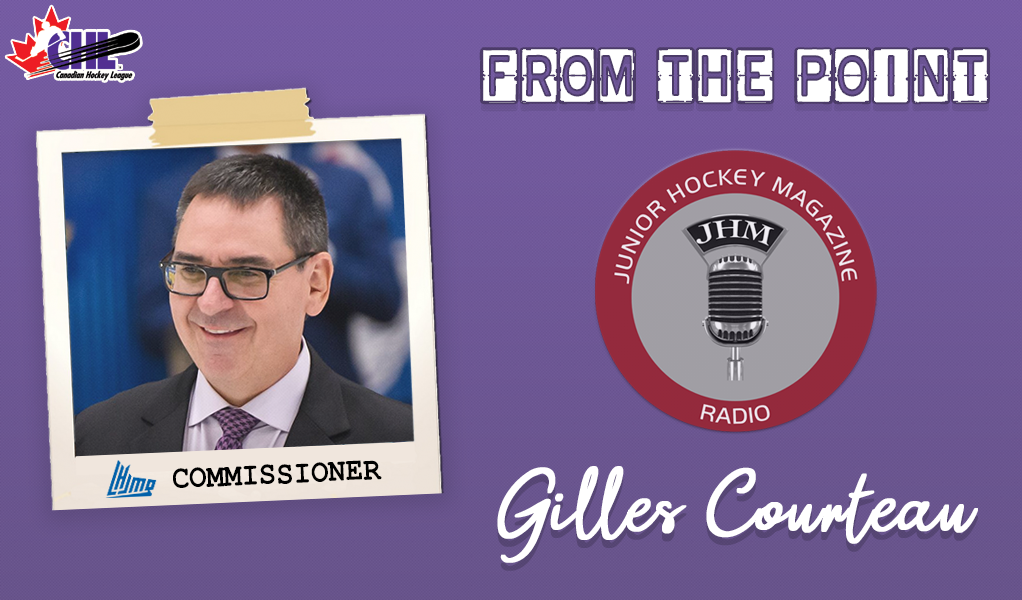 Quebec Major Junior Hockey League Commissioner Gilles Courteau recently sat down with Junior Hockey Magazine to reflect on the success of the league’s recently completed season, its plan for the coming season, as well as the opportunity to host the 2022 Memorial Cup:

Junior Hockey Magazine: Can you believe what you have gone through in the last 15 months and now you have crowned a champion?

Gilles Courteau: It has been a great accomplishment from everybody involved in the league, starting from the owners, through to the players and support staff. They have been so disciplined throughout the season. To give you an example, we went over 8,000 COVID-19 tests to make sure our players were able to play.

JHM: Pretty soon you are going to be able to have fans in the seats. How is that unfolding?

GC: What happened is the Government of Quebec through Public Health made some adjustments to their policy restrictions. Considering the fact that we had been playing at the Videotron Centre since our second round of the playoffs, and with the new procedure in place, it was determined that we were allowed to put 2,000 fans in the building with some restrictions.

JHM: How important was it to get some tickets sold to get a sense of returning to normalcy?

GC: It was good for our fans to give them the opportunity to watch the league final. We want to show them what we are prepared to do starting next October about our 2021-22 season, about all the sanitary and medical measures we might have to put in place. We will be ready to welcome them in a safe environment and make sure they will be able to enjoy the game. That is what we want to see happen for our fans, and give them faith and confidence that they will be able to come to our buildings with no risk or limited risk. The procedure that we have in place right now is a great one to give them this opportunity.

JHM: What was it like to bring together teams and continuing to juggle as new information became available?

GC: We have been managing the league on a daily basis because there was something new coming at us every day and we had to adjust. As an example, when we started our playoffs, we were ready to go to Val-d’Or with a protected environment, but then we got a call from Quebec Public Health saying we are not allowed to go to Val-d’Or because of the number of COVID-19 cases. So we had to turn it around very quickly to put teams in other buildings to make sure they were able to play the round of playoffs.

If you go back to our first regular season game between Sherbrooke and Blainville-Boisbriand, it was the only game that we had in our league that night, and 48 hours after, we were hit with a couple of players and staff being tested positive for COVID-19. We said that would be a good test for us to see how good Return to Play protocol, sanitary, and medical measures were. After we went through this first experience, our players, billets, owners, everyone they are close to, it gave them a level of confidence that if something happened, we had something in place to correct it and do what we have to do to bring back players on the ice and in a safe environment.

We went through a couple of issues but our biggest test was back in November when in accordance with Quebec Public Health they agreed to give us the opportunity to have a protected environment event with eight of our teams. It was a big test for us. We did it and we got 100 percent as a result. No positive tests at all, so it was great. In the Maritimes, it has been a little tougher because what happened is we have seen teams from New Brunswick, as an example, coming back from the Christmas break, where they went two months without playing a game, just practicing. They did the right sacrificing and we were able to bring a Maritimes Division champion and then reach the league final.

JHM: The QMJHL will host the 2022 Memorial Cup. How significant of a tournament do you think that is going to be?

GC: It is going to be huge. We have been two years in a row without any Memorial Cup. Next year we hope that we will be able to present the tournament. In my mind, there is no reason why we will not be able. I think we have to see what is going to happen with the borders and how the OHL and the WHL are going to be back playing for the 2021-22 season, and the same thing for our league, but I have lots of faith that we will be able to start on the right foot next season. I am expecting vaccination is going to go well and we will have a good result out of it. To have the Memorial Cup tournament as a goal when we start the season, that is going to be huge for all of our players.