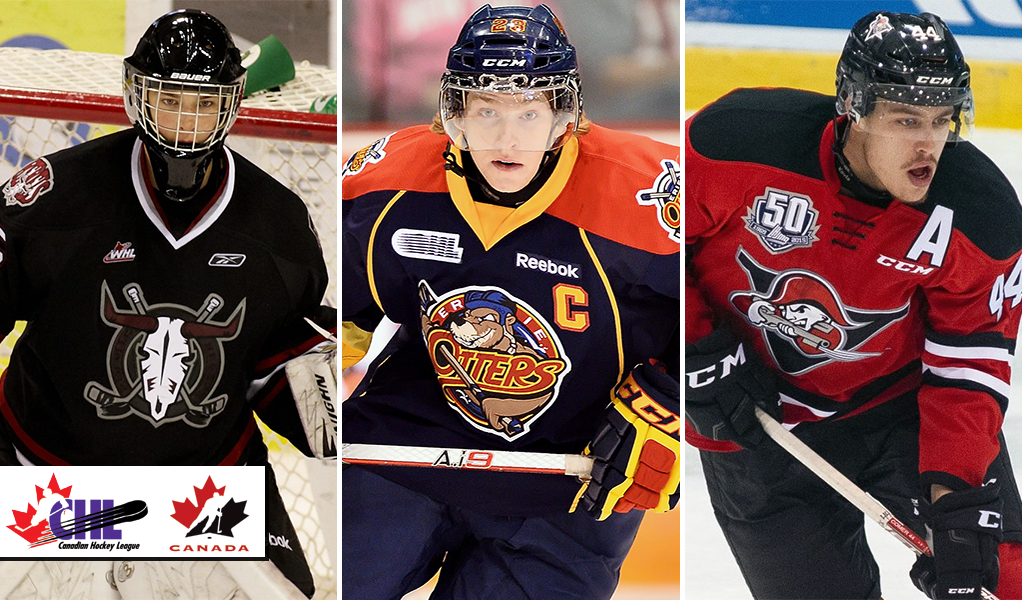 Talk about a turnaround.

After starting the annual showcase with a disappointing 0-3 record, Team Canada found its game and the win column en route to its 27th title at the IIHF World Championship.

Initially dropping its first three contests versus Latvia, the United States, and Germany in the preliminary round, Canada found its first victory courtesy of a 4-2 takedown of Norway before topping Kazakhstan by the same score two nights later. A big win versus Italy followed before picking up a point in a 3-2 shootout decision versus Finland that helped the Great White North come out of the preliminary stage with a winning record.

Canada then faced historic rivals in the playoff round, first coming away with a 2-1 decision versus Russia in the quarterfinal before eliminating the United States in the semifinal. Canada would then rematch with the Finns in the championship final where extra time was again required to determine a winner. Just over six minutes into the extra frame, Ottawa Senators forward and North Bay Battalion graduate Nick Paul played the hero to seal the victory.

Drawing an assist on the winning tally was fellow Senators forward and Erie Otters alumnus Connor Brown, who finished the tournament with a leading 16 points, including 14 assists, the highest single-year total by a Canadian skater and second-most in event history.

A record-setting performance from Connor Brown, whose 1⃣4⃣ assists are the most ever by a Canadian in a single year, and tied for second-most in tournament history. 🇨🇦#IIHFWorlds pic.twitter.com/cEVNWKIL7x

Skating three seasons with the Otters from 2011-14, Brown appeared in 199 career contests in which he amassed 98 goals and 152 assists, highlighted by the 2013-14 campaign in which he led all CHL skaters with 128 points and was presented with the Red Tilson Trophy as the OHL’s most outstanding player.

In all, four of the top-five tournament scorers were league alumni, a group which also included Conor Garland (United States/Moncton Wildcats), Andrew Mangiapane (Canada/Barrie Colts), and Adam Henrique (Canada/Windsor Spitfires). In recognition of their success, both Garland and Mangiapane were named to the tournament all-star team, with the latter also recognized as the showcase’s most valuable player following a performance that counted four game-winning goals. Also named to the all-star selection was Peterborough Petes graduate and Arizona Coyotes prospect Liam Kirk, who in representing his native Great Britain tied for the tournament lead in goal scoring with seven tallies in as many appearances.

The Canadian rendition was represented by two active players in Brandon Wheat Kings defenceman Braden Schneider and Saginaw Spirit forward Cole Perfetti, both of whom were first-round selections by the New York Rangers and Winnipeg Jets, respectively, in last summer’s NHL Draft.

At the helm, Canada was also led by a collection of CHL graduates headlined by general manager Roberto Luongo, who won back-to-back President’s Cup championships with the Val-d’Or Foreurs and Acadie-Bathurst Titan in 1998 and 1999. On the ice, Luongo also won gold with Canada at the 2003 and 2004 World Championships in addition to the 2004 World Cup and the 2010 and 2014 Winter Olympics.

Serving as assistant general manager was Shane Doan, a Kamloops Blazers graduate who won back-to-back Memorial Cup titles with the club in 1994 and 1995, with the latter year seeing him awarded the Stafford Smythe Trophy as tournament MVP after leading all skaters with nine points in four games. Internationally, Doan’s resume also counts gold-medal wins at the 2003 and 2007 World Championships as well as the 2004 World Cup. In 2007, Doan became a part-owner of the Blazers.

Behind the bench, Canada was led by former Vegas Golden Knights head coach Gerard Gallant who guided the Great White North to a first-place finish after previously doing so at the 2007 World Championship. With the Saint John Sea Dogs from 2009-12, Gallant led the club to back-to-back league championships in 2011 and 2012 in addition to a Memorial Cup title in 2011. Gallant was also recognized with the Brian Kilrea Award as the CHL Coach of the Year in both 2010 and 2011.

Canada has now won gold 27 times at the IIHF World Championship, with its 2021 victory marking its first since 2016.