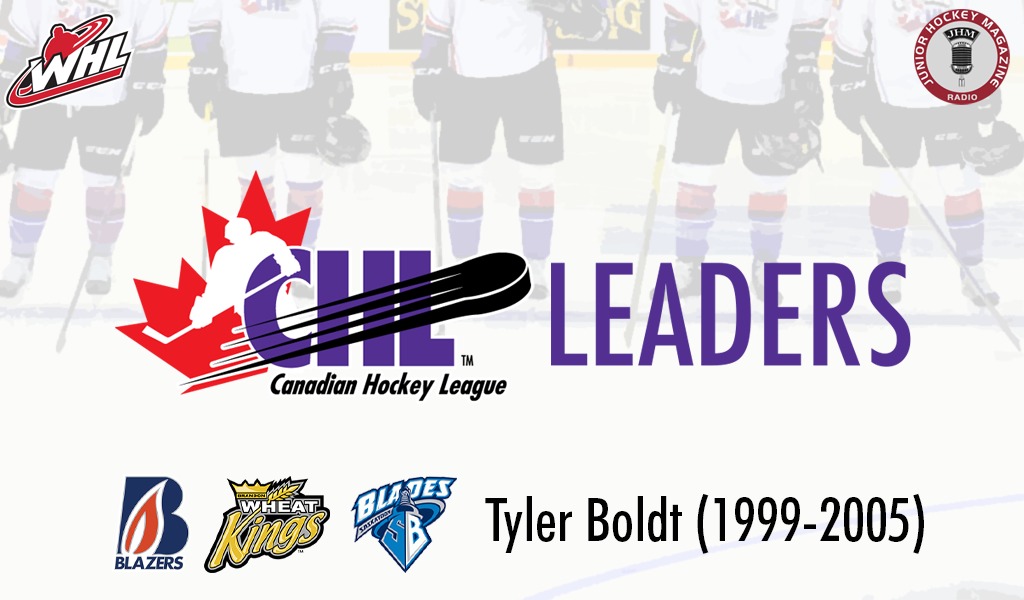 Tyler Boldt realized his hockey dream when in 2002 the then Kamloops Blazers defenceman was selected in the eighth round of the NHL Draft by the Atlanta Thrashers.

“I remember that morning I got a call from my junior GM at the time letting me know it happened,” Boldt recalled to Junior Hockey Magazine as part of its CHL Leaders segment. “I then got to take part in a couple of those Traverse City rookie tournaments a couple years after I was drafted. I’ll always remember that because it was my first taste of being around NHL people and potential players.”

In the interim, Boldt continued his career in the junior ranks, later suiting up for both the Brandon Wheat Kings and Saskatoon Blades, ultimately appearing in 326 career contests from 1999 to 2005. Following his overage season, however, Boldt knew a different path was in his future.

“At the end of my junior career, I knew my options were limited as far as professional opportunities so I made the choice between going to the ECHL or taking advantage of the scholarship that was offered to me and pursuing an education,” Boldt detailed. “Near the end you have to weigh what you think is going to happen. I made the choice to take advantage of that scholarship and there was no looking back.”

Earning a bachelor of business administration degree from Thompson Rivers University, Boldt today puts his educational background to use as an account manager with globally recognized Schlumberger, an international oilfield development organization.

“I work in downtown Calgary, which is an interesting place in the oil and gas industry because there are a lot of hockey guys who have navigated their way into this field,” Boldt added. “It has been fun working with all of the oil and gas professionals and engineers, but it is also amazing how on a weekly basis you bump into guys who played hockey at a high level. It has been an enjoyable experience.”

Reflecting on his time in the Western Hockey League, Boldt notes that learning to manage his time between the rink and classroom continues to benefit him today in the professional world, in addition to the scholarship program that laid the groundwork for his future success.

“You learn what your priorities are and you learn time management because you are essentially forced into it,” Boldt concluded. “It teaches you about discipline and sleep and when you have time to do your homework. If you are interested in keeping your grades up, you have to prioritize. It really accelerates your learning curve.

“I think my parents were also pretty thankful when I started racking up a few years in the WHL as I was pocketing a few years’ scholarship. It is important on the financial side because it takes the stress off your family and the financial burden. It also encourages you to go to university where a lot of guys may not if they did not have that scholarship.”