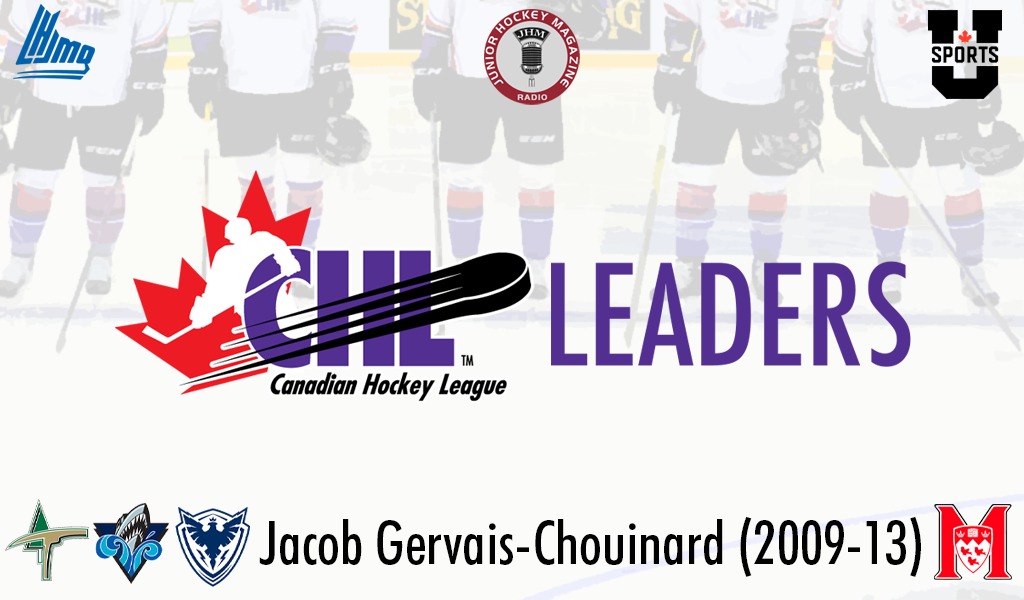 Jacob Gervais-Chouinard’s four seasons in the QMJHL set him up for a lifetime of success.

Standing tall between the pipes for the Val-d’Or Foreurs, Rimouski Oceanic, and Sherbrooke Phoenix from 2009-13, the former netminder has many fond memories of his time in the junior rinks, most notably the 2012 postseason when the Oceanic advanced to the President’s Cup Final.

“That year was incredible,” recalled Gervais-Chouinard during the CHL Leaders segment of Junior Hockey Magazine. “We didn’t do so well in the actual final round but the semifinal against Halifax was incredible. We won in Game 6 in overtime and that was when (Nathan) MacKinnon and (Jonathan) Drouin were playing for Halifax so it was a special moment to win against those guys.”

However, with his junior career winding down, Gervais-Chouinard soon turned his attention to the classroom as he elected to pursue an economics degree at McGill University, an invaluable educational background that he today puts to use in his role as an economics consultant with Montreal-based PwC.

“I realized that there are other things in life than hockey,” added Gervais-Chouinard, whose time at McGill also saw him suit up for the school varsity squad for part of five seasons. “I really enjoyed the social aspect of playing and having a little bit more freedom. I used to put a lot of pressure on myself to succeed and go play in the next level, but in university I didn’t put as much pressure on myself. I really found that this new freedom was super healthy.”

In all, it’s an opportunity that became possible thanks to Gervais-Chouinard’s time in the QMJHL allowing him to take advantage of the league’s scholarship program where each season credits a player with one year of academic tuition.

“That scholarship money was huge,” Gervais-Chouinard concluded. “It gives us the freedom to live a good life, be comfortable, and not have to worry about every penny every single day. It’s just so much stress off your shoulders where you can put all your energy on the ice and in school.”