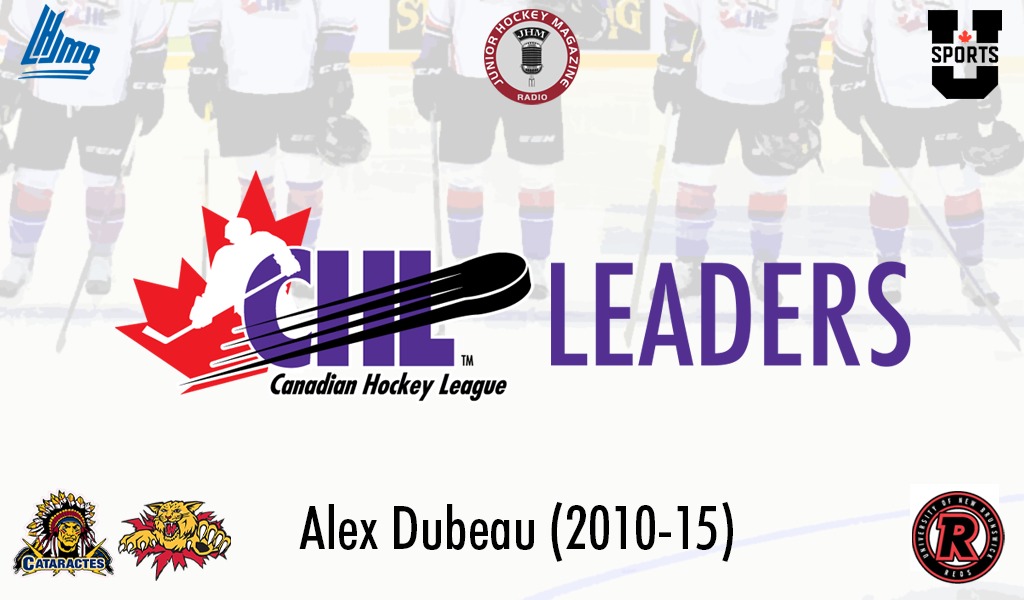 Alex Dubeau is having too much fun to hang up the skates.

The former Quebec Major Junior Hockey League goaltender who split five seasons with the Shawinigan Cataractes and Moncton Wildcats from 2010-15 is thoroughly enjoying life in the minor pro ranks this year in backstopping the ECHL’s Brampton Beast.

With the Beast, Dubeau also continues to use many of the lessons he learned over his time in the QMJHL, a stretch that included 228 appearances in addition to a Memorial Cup title with the Cataractes in 2012.

“Those days were really fun and they taught me how to be a pro,” Dubeau told Junior Hockey Magazine as part of its CHL Leaders segment. “They taught me how to be disciplined and manage my time. There were a lot of bus rides where we had to do some work. In Shawinigan, we had a teacher who helped us every day, but it still had to come down to yourself. You had to be disciplined.”

After five seasons in the QMJHL, Dubeau elected to attend the University of New Brunswick where he suited up for another four campaigns with the varsity Reds while earning a business degree. Despite his success in the classroom, however, Dubeau knew he had unfinished business on the ice.

“My main goal was to play in the pros as fast as I could but I always thought school was important,” Dubeau added. “My dad used to play major junior and he wanted to make sure I kept going to school and that it was a priority in my life.

“Last year, I was really ready for the challenge and to try the pro hockey route. Right now I am healthy so I want to play as long as I can. It’s my first full year as a pro and I really like it. If I compare myself to me as a 21-year-old kid coming out of junior, I think I was lacking a little maturity in my game, and right now being 24, having a degree, and with no worries about my school, I feel confident in the game and I am having fun.”

In playing out his pro dream and with a university degree in his back pocket thanks to the CHL scholarship program, Dubeau is truly living his best life.

“It helps so much knowing that your university is paid for,” Dubeau concluded. “That was really helpful and I am so thankful for that.”