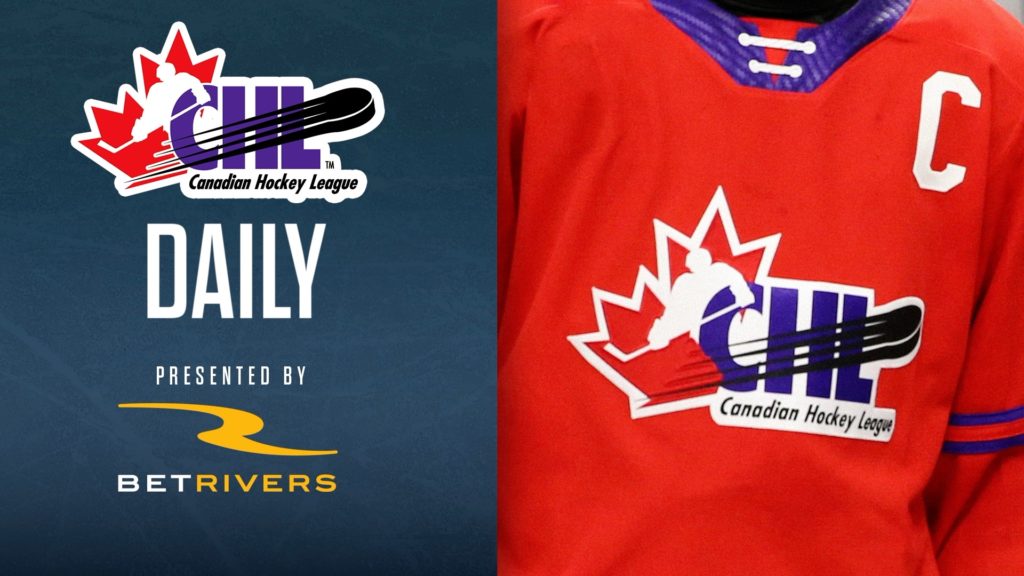 Angus MacDonell claimed Sunday’s first star after a four-goal effort against Oshawa. The 2023 NHL Draft prospect scored his second hat-trick of the season and then added a fourth goal in overtime to secure the Sting a 6-5 win. MacDonell has 11 goals and 14 points in 21 games this year.

Joshua Roy (MTL) registered five points for the Phoenix to take the second star as they ended Quebec’s 16-0-1 streak The Habs prospect scored three times and added two assists as he was involved in all five of Sherbrooke’s goals in a 5-1 win. Roy has 32 points in 19 games this season.

Ty Voit (TOR) chipped in with four assists in Sarnia’s win over the Generals to claim the third star. It was the fourth time this season Voit has had four assists as he continues to lead the OHL in scoring with 36 points. 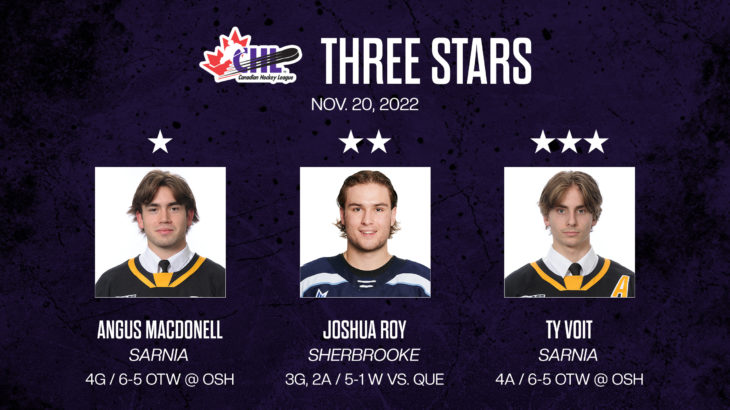 2023 #NHLDraft prospect finished things off in OT on Sunday. pic.twitter.com/FIrdW4czOg