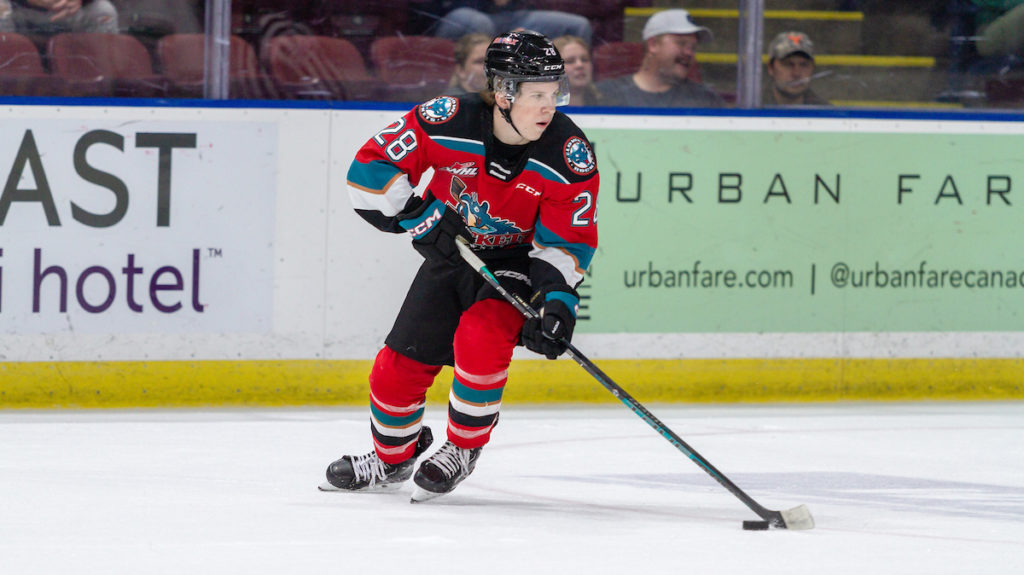 Five CHL players have been upgraded to an ‘A’ rating on NHL Central Scouting’s players to watch list ahead of the 2023 NHL Draft.

Players with an ‘A’ rating are considered candidates to be selected in the first-round of the 2023 NHL Draft.

Akey leads Barrie defencemen with 13 points (four goals) in 18 games this year. Last season, he was named to the OHL Second All-Rookie Team.

Cristall leads all Kelowna skaters with 35 points, tied for the second most in the WHL. His 15 goals are tied for the fifth most in the league while his 20 assists place sixth. The Burnaby, B.C., native won a gold medal at the 2022 Hlinka Gretzky Cup over the summer.

Dragicevic is second among WHL d-men in scoring this season with 28 points. Twelve of his points have come via the power play while he has fired 64 shots on goal.

Musty is second in scoring on Sudbury with 21 points (seven goals). His 75 shots this season are tied for the fifth most in the OHL. A year ago, Musty was named to the OHL Second All-Rookie Team.

Zimmer, alongside Cristall, is tied for second in WHL scoring with 35 points (15 goals). Seventeen of his points have come via the man advantage, the second most in the league.

The 2023 NHL Draft takes place June 28-29 in Nashville. The 2023 Kubota CHL/NHL Top Prospects Game will be held Jan. 25 in Vancouver. Tickets are available by clicking here.