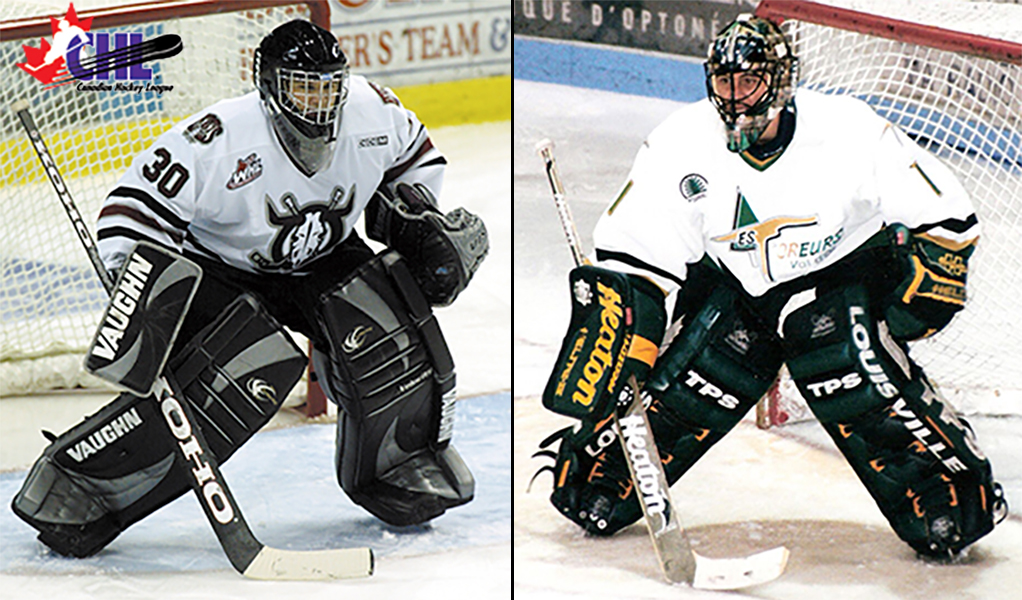 The final buzzer has sounded for Cam Ward and Roberto Luongo.

The longtime NHL netminders announced their respective retirements from the National Hockey League this offseason following decorated careers that saw each goaltender secure a mantel full of accolades.

Ward hangs up the skates following 14 NHL seasons, all of which were spent with the Carolina Hurricanes save for a finale with the Chicago Blackhawks in 2018-19. Prior to his retirement, Ward signed a one-day contract with the Hurricanes, the club that drafted him 25th overall in 2002.

In 2005-06, Ward’s NHL career got off to a blazing start, stepping into the crease for 28 regular season appearances before adding another 23 games in the playoffs to help lead Carolina to a franchise-first Stanley Cup. Along the way, the Saskatoon native posted a 15-8 record with a 2.14 goals-against average and .920 save percentage to earn the Conn Smythe Trophy as the playoff MVP.

Over the course of his career, Ward also starred for Team Canada internationally, capturing gold at the 2007 World Championship and the silver medal the following year.

Ward’s success at the pro level follows three full seasons with the Red Deer Rebels (2001-04) in which he was twice named to the WHL East First All-Star Team. In 2001-02, he led the WHL with a 2.27 goals-against average as he claimed the Del Wilson Trophy as the league’s goaltender of the year.

In 2002-03, Ward once again topped the charts as he headlined the WHL with a .920 save percentage, while the following year saw him claim a handful of awards, including his second Del Wilson Trophy, the Four Broncos Trophy as the WHL Player of the Year, as well as CHL Goaltender of the Year recognition following a season in which he went 31-12-8-4 with a 2.05 goals-against average and .926 save percentage.

In all, Ward concludes his NHL career with 701 games played, counting a 334-256-88 record. His 318 wins with the Hurricanes rank first all-time in franchise history.

For Luongo, his retirement comes following a 19-year career split between the New York Islanders, Florida Panthers, and Vancouver Canucks. His longevity was marked by 489 career wins, good for third all-time in NHL history. The Montreal native reached the pinnacle during the 2011 season when he guided the Canucks to Game 7 of the Stanley Cup Final, a season in which he also claimed the William M. Jennings Trophy after allowing the fewest goals.

On the international stage, Luongo was often a champion, highlighted by an Olympic gold medal win on home soil in 2010, only to follow up that feat four years later at the 2014 Winter Olympics in Sochi, Russia. Luongo is also a two-time gold medalist at the World Championship, in addition to a first-place finish at the 2004 World Cup of Hockey.

Luongo’s success follows an impressive junior career shared between the Val-d’Or Foreurs and Acadie-Bathurst Titan in which captured back-to-back QMJHL championships in 1998 and 1999, winning one with each team.

Securing the starting role with the Foreurs in 1996-97, Luongo shined with a 32-19-2-2 showing, earning him the Mike Bossy Trophy as the QMJHL’s Best Professional Prospect. That June, the Islanders selected Luongo with the fourth-overall selection in the 1997 NHL Draft.

In his final junior season, Luongo was a key contributor for Team Canada at the 1999 IIHF World Junior Hockey Championship, putting up a 1.92 goals-against average and .942 save percentage in seven games en route to a silver-medal finish, a tournament in which he was also named the top goaltender, earning him a spot on the World Junior All-Star Team.