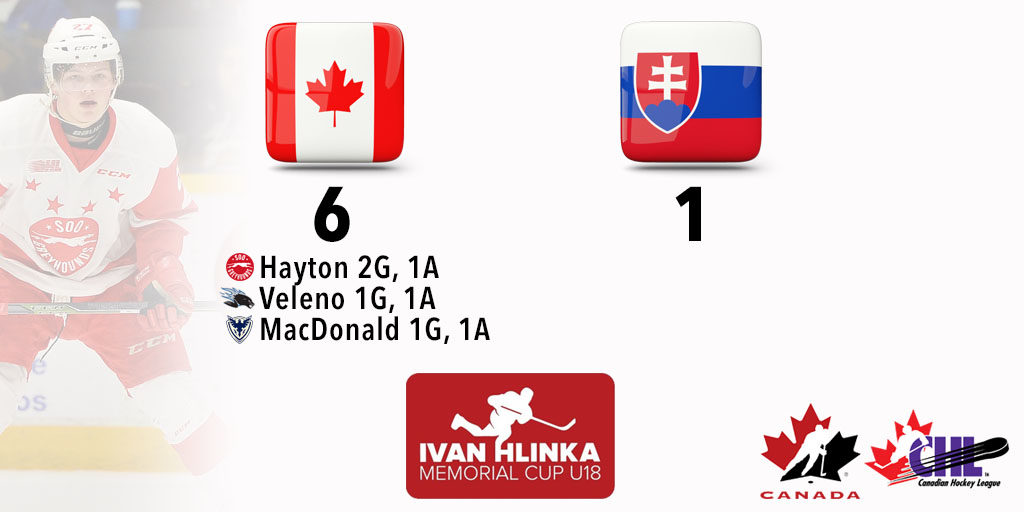 Bratislava, Slovakia – Canada’s National Summer Under-18 Team climbed out to a 4-0 lead against Slovakia and didn’t look back, wrapping up the preliminary round with a 2-0-1 record at the 2017 Ivan Hlinka Memorial Tournament with a 6-1 victory over the host team.

Oliver Turan broke the offensive silence for Slovakia on the power play 5:27 into the third period.

Canada’s 2-0-1 mark is good for second place in Group B, one point behind first place Russia. They now face undefeated Sweden (3-0) in a semi-final matchup on Friday at 1:00pm ET. The winner will advance to play the winner of Russia and the Czech Republic in Saturday’s Gold Medal Game.