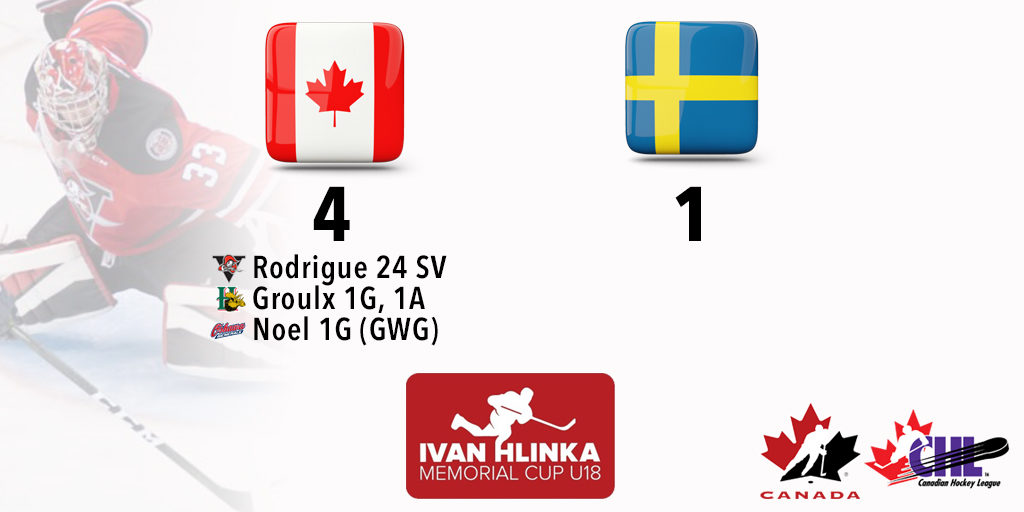 Canada held Sweden to a 1-for-9 mark on the power play as goaltender Olivier Rodrigue earned Player of the Game honours with a 24-save performance.

Sweden’s lone goal came off the stick of Lukas Wernblom who tied the score at one on the power play with three seconds remaining in the second period.

Canada plays for gold after finishing fifth in last year’s event, interrupting a string of eight consecutive years as tournament champion from 2008-15. Canada defeated the Czech Republic for gold in the 2014 Ivan Hlinka Memorial Cup.