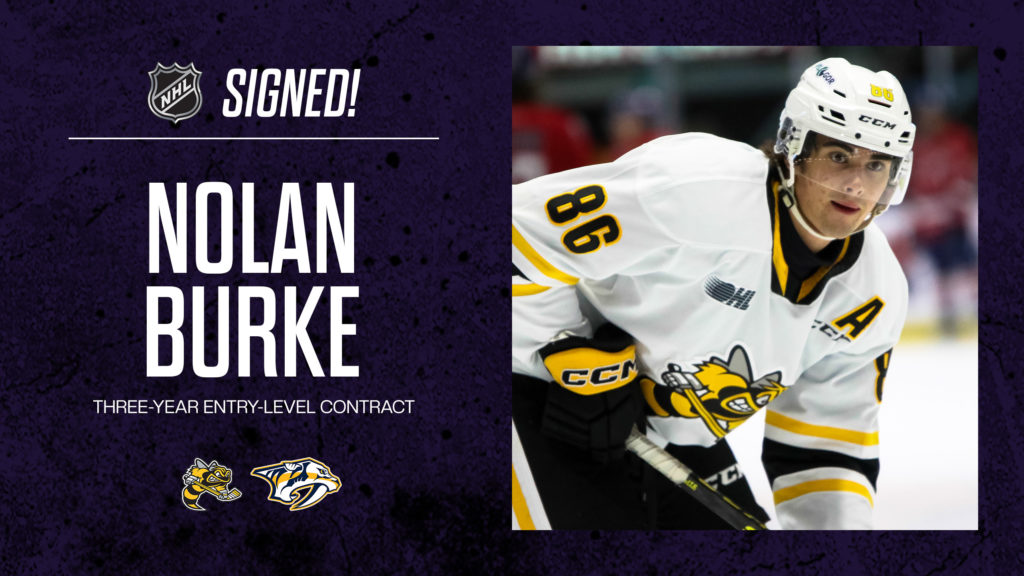 Burke currently leads the OHL in goals with 15 and sits tied sixth in OHL scoring with 24 points. In 16 games this year, the 19-year-old has won 57.2 per cent of his faceoffs and leads the league in power play goals with eight.

He has been held pointless just twice this year and has recorded seven multi-point games.

Undrafted, Burke has amassed 55 goals and 96 points in 137 OHL games, all with the Sting.