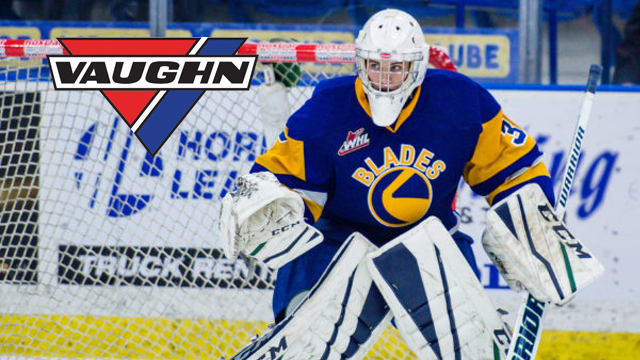 Toronto, ON – The Canadian Hockey League today announced that Logan Flodell of the Saskatoon Blades is the Vaughn CHL Goaltender of the Week after posting a 2-0-0-0 record including a shutout victory with a goals-against-average of 0.50 and save percentage of .985.

Flodell made 65 saves in two games last week backstopping the Blades to a pair of victories on home ice where he earned first star honours in both contests.  He recorded his first shutout of the season on Thursday with a 31-save performance as part of a 2-0 victory over the Prince Albert Raiders, then made 34 saves on Saturday in a 3-1 triumph over the Portland Winterhawks.

A 19-year-old from Regina, SK, Flodell is playing in his third career WHL season and first with the Blades who acquired him from the Seattle Thunderbirds prior to the 2016-17 campaign.  Through four games this season Flodell has compiled a 3-1-0-0 record with a goals-against-average of 1.75 and a league-high save percentage of .947.