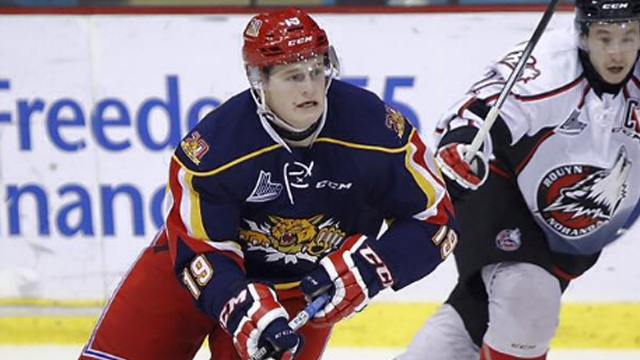 Toronto, ON – The Canadian Hockey League today announced that forward Cameron Askew of the Moncton Wildcats is the CHL Player of the Week for the week ending October 9 after scoring three goals and three assists for six points in two games along with a plus-minus rating of plus-4.

Askew led the Wildcats to a pair of victories last week on home ice earning first star honours in both contests.  On Friday night he scored the game-winning goal plus two assists as part of a 3-2 win over the Gatineau Olympiques, then scored twice with one assist Saturday in a 5-0 victory over the Rimouski Oceanic.

A 19-year-old from Boston, MA, Askew is playing in his fourth career QMJHL season and third with the Wildcats after being a first round pick of the Drummondville Voltigeurs in the 2013 QMJHL Entry Draft.  So far this season Askew has eight points in seven games after recording 65 points in 66 games during the 2015-16 season.