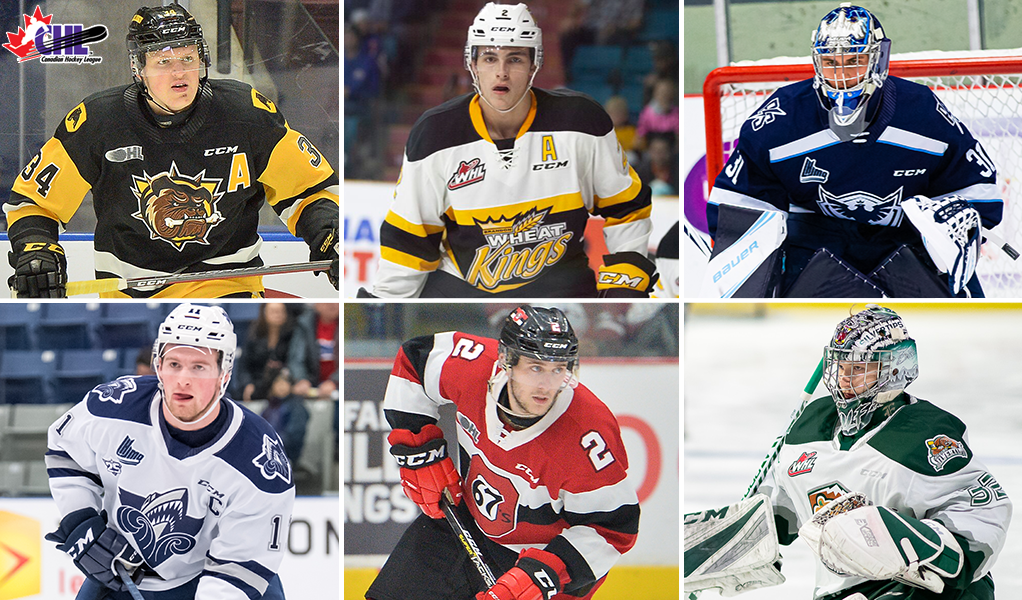 While there are no official CHL All-Star Teams, here’s a closer look at regional league top performers.

Among the All-Star honourees is Rimouski Oceanic left-wing Alexis Lafreniere whose 112-point performance led the QMJHL in scoring, helping the 2020 NHL Draft favourite claim CHL David Branch Player of the Year Award recognition in back-to-back seasons and become only the second player to do so since Oceanic graduate Sidney Crosby in 2004 and 2005.

Joining Lafreniere up front are fellow scoring leaders in Minnesota Wild prospect Adam Beckman of the Spokane Chiefs who topped the WHL with 107 points counting 48 goals and 59 assists across 63 appearances as well OHL leading scorer and fellow 2020 NHL Draft hopeful Marco Rossi of the Ottawa 67’s who tallied 39 goals and 81 assists for a CHL-leading 120 points through 56 contests.

Headlining the back end is another member of the 67’s in overage rearguard Noel Hoefenmayer whose 82-point performance led all CHL defenders and saw him earn the CHL Defenceman of the Year Award presented by Real Canadian Superstore. Other all-stars on the blue line include Chiefs captain and New Jersey Devils first-round pick Ty Smith who impressed with 59 points in 46 games as well as Los Angeles Kings up-and-comer Jordan Spence of the Moncton Wildcats who collected 52 points across 60 appearances.

Between the pipes, Calgary Flames prospect Dustin Wolf of the Everett Silvertips was one of six CHL goaltenders to earn top all-star recognition following a phenomenal campaign in which he posted a .935 save percentage paired with 34 victories through 46 games, helping him earn the CHL Goaltender of the Year Award presented by Vaughn. Also shining in the blue paint in 2019-20 was Nico Daws of the Guelph Storm and Samuel Hlavaj of the Sherbrooke Phoenix who rank first and second, respectively, among North American netminders ahead of the 2020 NHL Draft per NHL Central Scouting.