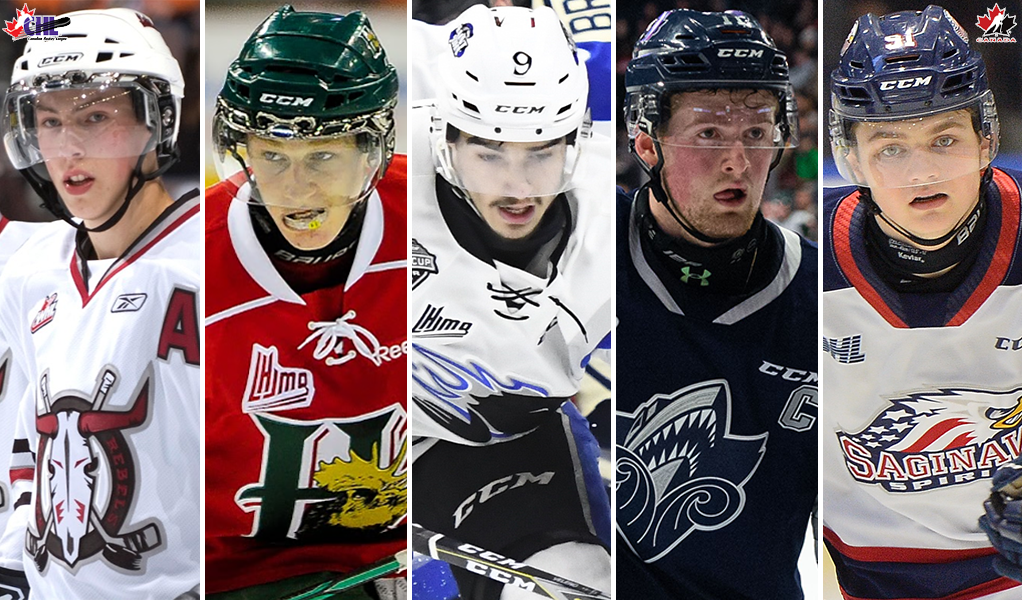 Every summer since 1991 many of the Canadian Hockey League’s top under-18 talents have had the opportunity to represent Canada on the international stage.

The Hlinka Gretzky Cup, also known historically as the Ivan Hlinka Memorial Tournament from 2007-17, offers the age group best-on-best competition unlike the IIHF World Under-18 Championship which conflicts with CHL playoffs when played in April.

Canada has had resounding success at this event earning 26 medals including 22 gold in 29 years while the event serves as a showcase for the next wave of NHL Draft prospects for the upcoming season primarily featuring CHL players just months removed from their rookie campaigns in the Western Hockey League, Ontario Hockey League, and Quebec Major Junior Hockey League.

Unfortunately the 2020 event scheduled for August 3-8 in Edmonton and Red Deer was cancelled due to the ongoing COVID-19 pandemic and sadly denies many 2003-born stars the opportunity to represent Canada on home ice in what’s become a summer classic.

In lieu of celebrating this year’s event, here’s a look back at Team Canada’s top Summer Under-18 performers of the last decade along with some other notable players plus omissions from what is typically a roster loaded with star power.

Nugent-Hopkins led Canada to a third straight gold medal with a victory over the United States in the final not long after earning WHL Rookie of the Year honours and before he would become the first overall pick in the 2011 NHL Draft by the Edmonton Oilers. He tied for the tournament lead in scoring with teammate Matt Puempel (Peterborough Petes) who scored three goals and four assists over five games after edging RNH for the CHL Rookie of the Year award.

Hudon converted his 60 points in 63 games as a QMJHL rookie into immediate international success leading Canada’s gold medal squad in scoring by a four-point margin. After defeating Sweden for under-18 supremacy he posted just over a point-per-game during his sophomore season and would be a fifth round pick by the Montreal Canadiens in 2012.

The 2011 roster also included the likes of WHL defencemen Matt Dumba (Red Deer Rebels) and Morgan Rielly (Moose Jaw Warriors) plus OHL forwards such as Sean Monahan (Ottawa 67’s) and Tom Wilson (Plymouth Whalers). One of the age group’s most successful omissions was defenceman Cody Ceci (Ottawa 67’s) who would develop into the 15th overall pick in 2012.

MacKinnon led the tournament in scoring as Canada defeated Finland for gold. By this time it was no surprise that the Cole Harbour native was the star of his age group but the point was solidified throughout the following season as he led the Mooseheads to a Memorial Cup title and became the first overall pick by the Colorado Avalanche in 2013.

Watson may not have been Canada’s biggest star when the puck first dropped in Breclav and Piestany but he left the Czech Republic and Slovakia as the tournament’s top scorer that culminated with a gold medal triumph over the United States. The seventh round pick by the Los Angeles Kings in 2014 played five OHL seasons and scored 20 or more goals in each.

Marner and Barzal shared the Team Canada scoring lead in what would be another gold medal outcome against the host Czech Republic. Their summer skills accurately projected the offensively driven careers they would display throughout their CHL tenures that included league titles and playoff MVP honours in 2016 and 2017 respectively only to become stars at the next level from the 2015 NHL Draft where they were both first round picks by the Toronto Maple Leafs and New York Islanders.

An eighth straight Summer Under-18 gold for Canada, this time over Sweden, was largely accomplished from scoring by committee however Benson and Dubois led the way. Benson was highly touted as the WHL’s first overall pick in 2013 while Dubois was coming into his own where a 99-point QMJHL campaign would make him the top CHL player chosen in the 2016 NHL Draft going third overall to the Columbus Blue Jackets.

Comtois‘ performance was one of the lone bright spots for Canada who finished a disappointing fifth place despite winning three of their four tournament games. The second round pick of the Anaheim Ducks would later serve as captain for Canada’s National Junior Team at the 2019 World Juniors.

The 2016 roster also included the likes of Evan Bouchard (London Knights), Michael Rasmussen (Tri-City Americans), Nick Suzuki (Owen Sound Attack), and Owen Tippett (Mississauga Steelheads). One of the biggest omissions was Cody Glass (Portland Winterhawks) who responded with a 94-point season and a sixth overall selection by the Vegas Golden Knights in 2017.

Veleno captained Canada back onto the podium with a gold medal victory over the hosts and defending champion Czech Republic. The first QMJHL player ever to be granted exceptional status by Hockey Canada had just captured a President’s Cup title in his second season in Saint John and would become a first round pick by the Detroit Red Wings the following June.

The 2017 roster included fellow future first round picks like Barrett Hayton (Soo Greyhounds), Noah Dobson (Acadie-Bathurst Titan), and Ty Smith (Spokane Chiefs), plus second rounder Akil Thomas (Niagara IceDogs) who would later become Canada’s golden goal scorer at the World Juniors. Among the future first round picks not included on the roster was Liam Foudy (London Knights) who has since won gold with many of those players and has also made his NHL debut with Columbus.

The first tournament to be played on Canadian ice since 1996 was won by the hosts over Sweden with captain Lafreniere tying for the showcase lead in scoring with a dominant effort in Edmonton. His performance came following CHL Rookie of the Year honours and served as a prelude for his back-to-back Player of the Year awards as the top ranked prospect for the 2020 NHL Draft.

The 2018 roster also featured WHL talent making the most of the western spotlight like Kirby Dach (Saskatoon Blades), Bowen Byram (Vancouver Giants), Dylan Cozens (Lethbridge Hurricanes), and Peyton Krebs (Winnipeg ICE) who were the first four CHL players chosen in the 2019 NHL Draft. Not on the roster was Thomas Harley (Mississauga Steelheads) who developed into a first round pick of the Dallas Stars and made his NHL debut during the recent qualifying round.

Perfetti stole the show at last summer’s showcase scoring seven goals in five games highlighted by an unforgettable Semi-Final performance where he tallied twice in regulation then went 3/4 in the shootout to lead Canada past Sweden. Unfortunately for the number five ranked prospect for the 2020 NHL Draft who eclipsed the century mark in scoring this season and won CHL Scholastic Player of the Year honours, his star studded Canadian lineup was defeated 3-2 by Russia in the gold medal game.