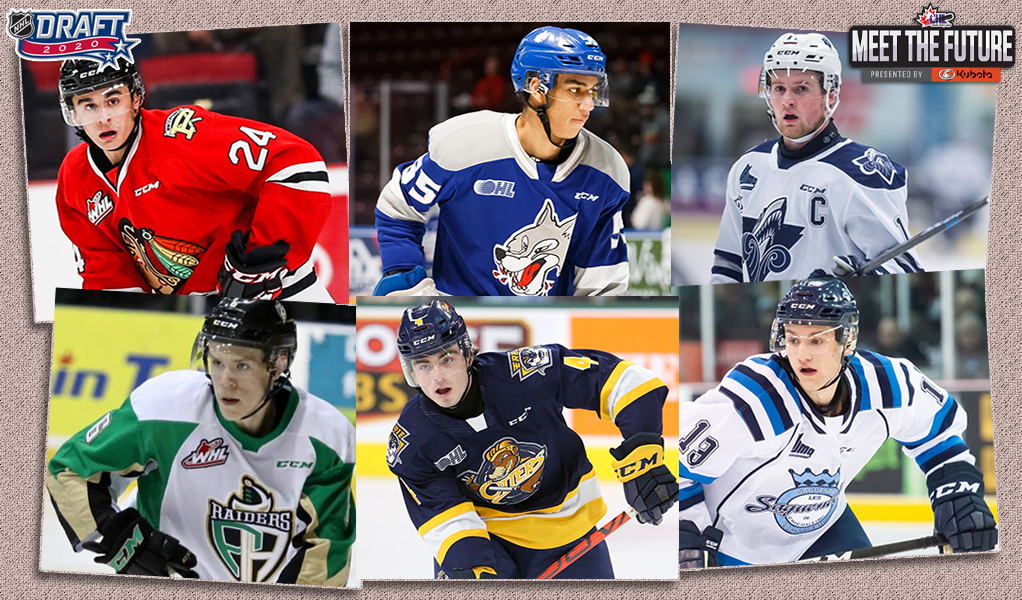 The Canadian Hockey League today announced that 78 CHL players were selected in the seven rounds of the 2020 NHL Draft which was held virtually October 6-7 accounting for more than 35% of all 217 picks made by all 31 NHL clubs.

The first round proved to be the most successful for CHL talent with 19 players selected on Tuesday night including six of the top-10 picks.  Alexis Lafreniere of the Rimouski Oceanic led the way at number one to the New York Rangers followed by Quinton Byfield of the Sudbury Wolves at two to the Los Angeles Kings.  Wednesday morning’s picks began with 10 from the CHL in the second round which brought the league’s opening two-round total to 29 which represents over 46% of the top-62.  Both the third and fourth rounds featured nine CHL players each, followed by a fifth round surge of 14 players, then 11 in the sixth round, and just six to end the proceedings in the seventh round.

By position the 2020 NHL Draft saw a total of 135 forwards selected of which 52 were from the CHL, 61 defencemen picked including 21 from the CHL, and 20 goaltenders highlighted by five from the CHL.  In Lafreniere and Byfield the league produced the draft’s top two forwards, while Jamie Drysdale of the Erie Otters and Kaiden Guhle of the Prince Albert Raiders were the second and third rearguards off the board at number six to the Anaheim Ducks and 16 to the Montreal Canadiens respectively.  Nico Daws of the Guelph Storm led the CHL as the sixth netminder picked at 84 by the New Jersey Devils, with Dylan Garand of the Kamloops Blazers the league’s next up and eighth keeper overall going 103 to the Rangers.

Of the players selected, the Ontario Hockey League led the way with 31 players, followed by the Western Hockey League at 28, and the Quebec Major Junior Hockey League at 19.  In all, 44 CHL clubs developed at least one player in the 2020 NHL Draft broken down by 17 OHL teams, 16 WHL clubs, and 11 QMJHL units.  Top producing programs were the Brandon Wheat Kings and Soo Greyhounds both with four players selected, while the Chicoutimi Sagueneens, Everett Silvertips, Ottawa 67’s, Portland Winterhawks, and Sudbury Wolves each developed three players picked.  The Sags three picks is the club’s most since 2008, the Wheaties last had four in 2002, while the Hounds continue an impressive streak of annual picks going back to 2007 producing 40 total selections during such time.  The London Knights continued the CHL’s longest active draft streak that goes all the way back to 1969 and are one of 18 CHL clubs who had two players picked in 2020.

29 of the NHL’s 31 clubs selected at least one CHL player with the Rangers leading the way with six.  The Calgary Flames and Tampa Bay Lightning both made five CHL selections, followed by the Dallas Stars, Minnesota Wild, Ottawa Senators, and Philadelphia Flyers each with four.  Among the remaining Canadian teams, the Montreal Canadiens and Winnipeg Jets both made two CHL selections, while the Edmonton Oilers and Toronto Maple Leafs both made one.  The Boston Bruins and Vancouver Canucks were the lone NHL teams not to select a CHL player.

37 of the players selected in the 2020 NHL Draft competed in the 2020 Kubota CHL/NHL Top Prospects Game played January 16 in Hamilton which was the 25th annual showcase of NHL Draft eligible talent with future NHL stars from across the WHL, OHL, and QMJHL.

Players with hyperlinked names have video profiles from the #MeetTheFuture series presented by Kubota Canada.