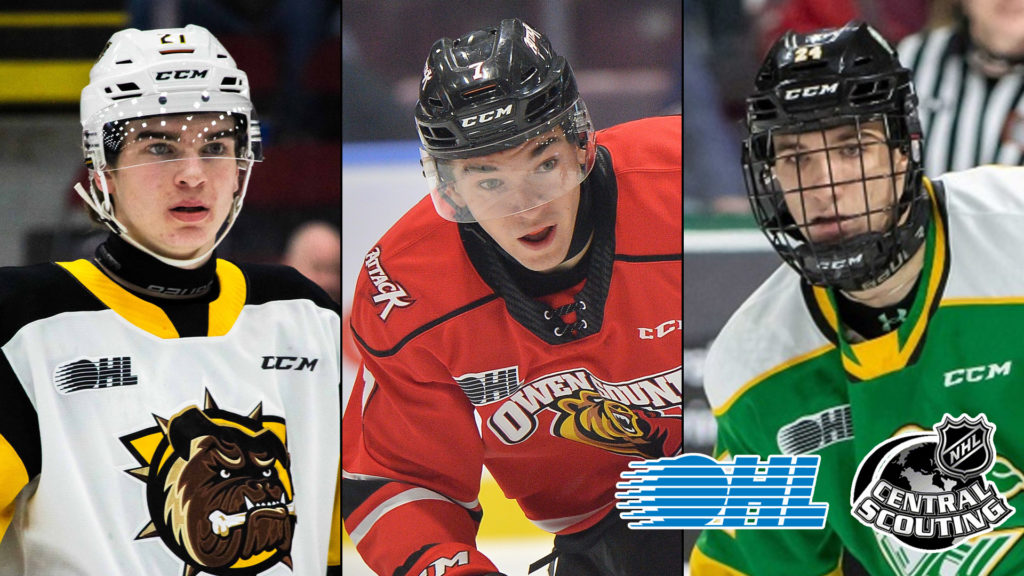 The Ontario Hockey League is proud to announce that 52 players with OHL ties have been included on NHL Central Scouting’s January ‘Players to Watch’ List for the 2021 NHL Draft.

All 20 OHL member teams were represented on the list led by the London Knights and Ottawa 67’s with five each. The Erie Otters, Hamilton Bulldogs and Sarnia Sting each trailed with four players assigned rankings.

The list includes 26 OHL forwards, 19 defencemen and seven goaltenders. Eleven of the players listed (denoted by an asterisk) have yet to play a game in the Ontario Hockey League but have committed to their respective member team for the 2020-21 season.

Players have been identified using the following criteria: