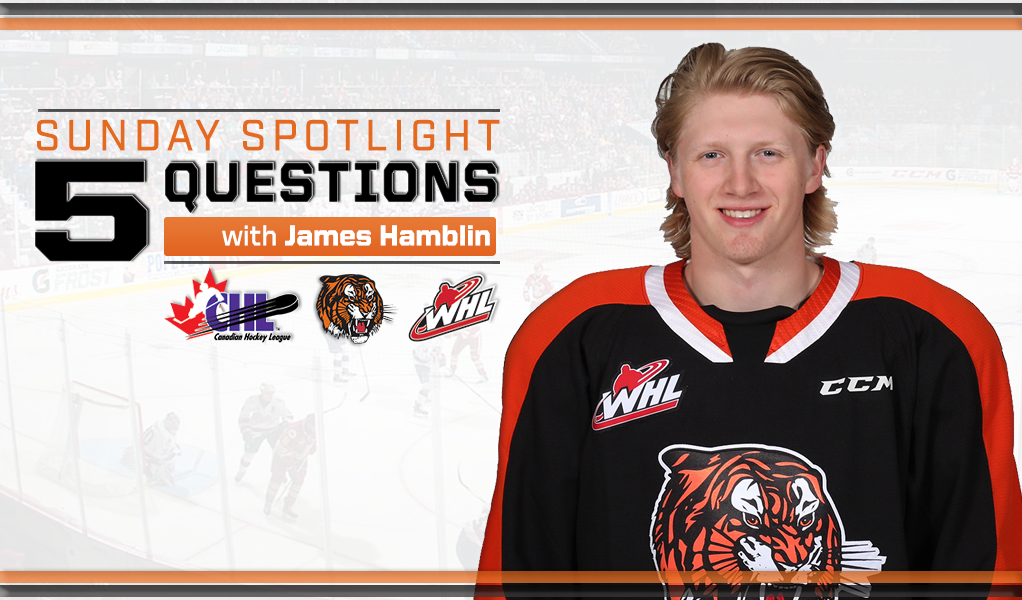 Playing five seasons and over 300 career games in the Canadian Hockey League are milestones achieved by just a small collection of graduates every year.

To do both with the same franchise puts one in even more select company.

James Hamblin of the Medicine Hat Tigers is in that class.

The Edmonton native wraps up his Western Hockey League tenure with 324 regular season games under his belt spent entirely in orange and black since being selected 17th overall back in 2014. Since then he accumulated 115 goals and 284 points including a career-high 92 points in 2019-20 which ranked third among all WHL skaters closing out a two-year term as captain in the club’s historic 50th season.

Hamblin recently took time to reflect on his season and career.

What does a typical day include for you while in isolation?

Right now a typical day for me, I’m working with a company called Quantum Speed. We put out videos and webinars to help younger kids kind of stay active at home and stay in hockey. Other than that I’m just working out and hanging out with my family.

Now that the season is over have you been able to reflect at all on your WHL career?

I’ve definitely had some time to kind of reflect on the past five years in Medicine Hat. It’s been an absolute pleasure to be able to live in the city and to play for the Tigers these past five years. When you first get into the league a lot of guys tell you to really enjoy it because it’s going to fly by. Now that it’s over I really feel what they were saying.

What does it mean to be part of the now 50-year Medicine Hat Tigers history serving as captain and playing 324 games with one team?

The Medicine Hat Tigers are such a historic and respected franchise. Just to be able to say that I’m a part of that and that I had the opportunity to be a captain for the past two years is so incredible. It’s really sad that my time is over with the Tigers but I know that they’re headed in an unbelievable direction.

Do you have a most memorable moment or game from your time in the league?

There’s been so many great memories over the past five years it’s really hard to just single one out. But one unforgettable memory is being able to take the teddy bears to the hospital after the teddy bear goal. Just being able to see the kids faces and the excitement that they have is something that I’ll never forget.

What comes next for James Hamblin?

The future for me is still a little bit uncertain but I’m staying optimistic and I’m really excited for what’s to come. M.H.T forever!