Wiesblatt returning to Raiders after pro debut with AHL’s Barracuda 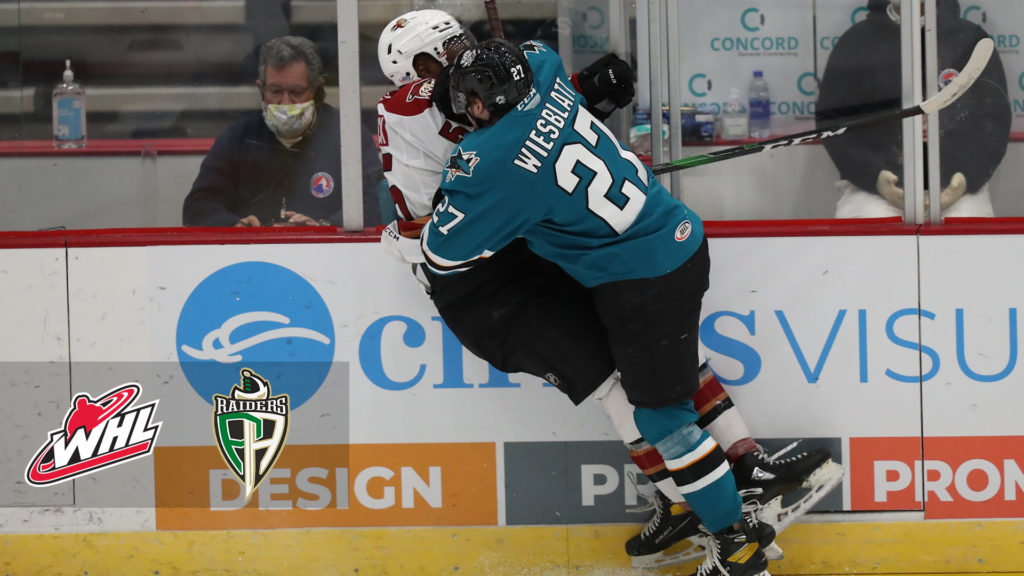 The Prince Albert Raiders received a boost ahead of the 2020-21 WHL season, after San Jose Sharks prospect Ozzy Wiesblatt was re-assigned from the AHL’s San Jose Barracuda on Sunday afternoon.

The 31st overall selection in the 2020 NHL Draft, Wiesblatt made his professional debut with the Barracuda, skating in three games and registering one goal. Wiesblatt’s first career AHL goal on February 12 in a 5-2 win for the Barracuda over the Texas Stars.

The 5-foot-10, 183-pound product of Calgary, Alta., finished second in scoring for the Raiders during the 2019-20 campaign, recording 70 points (25G-45A) before being selected in the first round of the NHL Draft.

In 2019, Wiesblatt represented Canada at the Hlinka Gretzky Cup, earning a silver medal.

Wiesblatt and the Raiders will descend upon Regina and participate in the WHL’s East Division Hub Center beginning Friday, March 12.

#SJSharks assign forward Maxim Letunov and goaltender Josef Korenar to the #SJBarracuda. In addition, the team has assigned forwards Ozzy Wiesblatt and Tristen Robins to their junior clubs in @TheWHL.