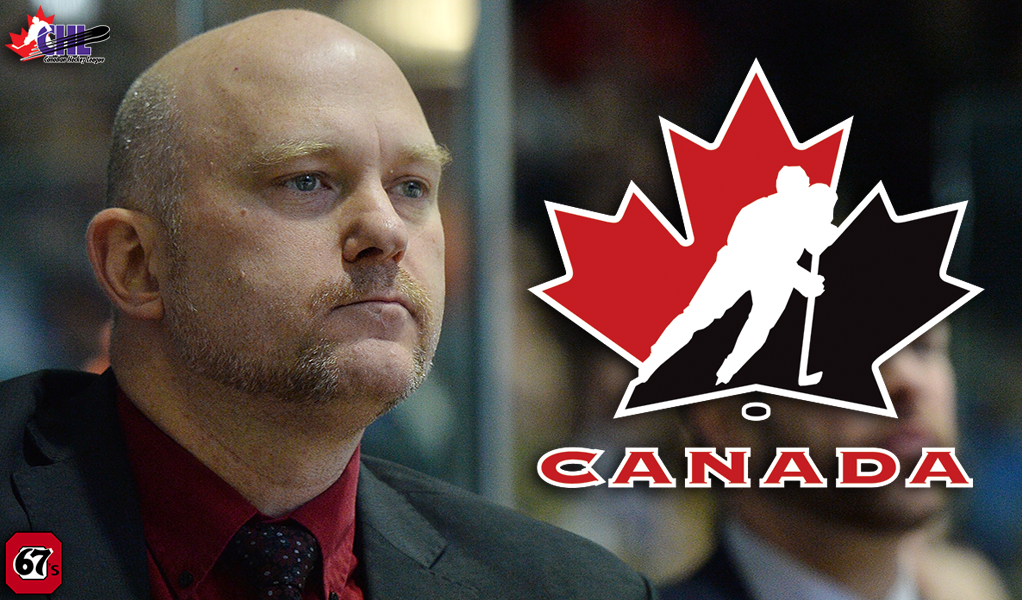 Team Canada enters the 2021 World Juniors in search of its 19th gold medal and a chance at back-to-back championships for the first time in more than a decade.

For head coach Andre Tourigny, who takes over top duties after assisting the London Knights’ Dale Hunter last winter, the pressure that comes with such a challenge is only natural.

“I don’t remember ever getting into a game and not having the pressure to win. Every game you coach or play you want to win, so it comes with the territory,” the Ottawa 67’s bench boss and 2019-20 CHL Coach of the Year told the Canadian Hockey League. “I hope we will be playing the last game of the tournament with a ton of pressure because then we will have earned it and we will have an opportunity to win the gold medal.

“When you were 10 years old and playing street hockey with your buddies, you never dreamed of scoring a preseason goal. It was always Game 7 of the Stanley Cup. That is what you dream about and work for all your life, so if we have a chance to play in the gold medal game, it will be a great opportunity.”

Playing before the home crowd with host duties split between Edmonton and Red Deer, Alta., the Canadian squad could include as many as seven returnees who helped the Great White North capture gold last January, all of whom can help provide invaluable leadership in knowing how to handle the inevitable hardship that comes en route to winning a championship.

“Those guys know how tough it is and how much adversity we had to overcome like injuries, a suspension, the tough loss to Russia, and then to come back in the final versus Russia,” Tourigny said, whose international resume also counts a gold-medal win at the 2018 Hlinka Gretzky Cup. “(The World Juniors) is an outstanding competition and a lot of countries expect to win. I think it is an unbelievable challenge every year where you have to do it all over again. Whatever happened last year does not give you an edge for this year.”

While COVID-19 restrictions prohibit the on-ice portion of Hockey Canada’s National Junior Summer Development Camp, Tourigny and his staff are using the virtual session to build relationships with the invitees ahead of puck drop.

“We have identified important values that we think can be difference makers for our team. What we evaluate most in the summer is the character of the player and getting to know them as a person,” Tourigny added. “It is about creating relationships and chemistry, offering clarity in terms of what is expected, and teaching the players about the challenge ahead of us.

“The evaluation in terms of play is not as important. We know that because they are the best players in Canada. We know they have talent. We have a lot of time for the player evaluation. During the summer, it’s like taking an Olympic athlete and asking him to perform at his top level in the first year of his cycle, where his peak is not there, and the same for us where the peak of a hockey player is not during the summer.”

Overall, the Canadian lineup will be made up of complete players who are proficient in all areas of the game, a prerequisite to constructing a winning roster and a viable option given the country’s available breadth of talent.

“We are looking for the 13 most talented forwards who can play the game the right way and play our habits,” Tourigny said. “We want 13 forwards who can check, skate, and win the one-on-one battles. We want the players who are the most complete.

“Look at Sidney Crosby – what doesn’t he do on the ice? He wins battles, he is physical, he goes to the net, he back-checks hard, he plays well in his zone, he wins face-offs, he does all of it. Crosby does it all and we expect any player who has talent to play the right way for us. The ones who cannot play a complete game, it will be tough for them to crack the roster because we have the depth.”