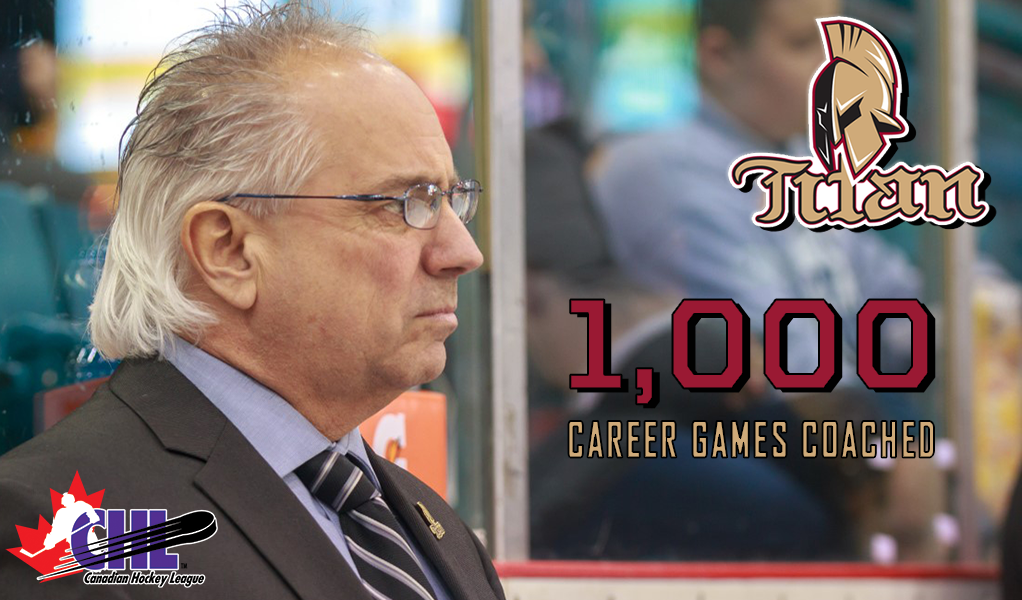 Earlier this season, the longtime QMJHL bench boss and veteran voice of the Acadie-Bathurst Titan became just the fourth head coach in league history to reach the 1,000-game milestone following a decorated career that has counted stops with seven teams, including a 55-game showing with the Titan in 2005-06.

A two-time President’s Cup champion – having won it all with the Victoriaville Tigres in 2002 and in leading the Val-d’Or Foreurs in 2014 – Durocher now faces arguably his greatest challenge in righting the rebuilding Titan, who after claiming CHL supremacy with the Memorial Cup one year earlier finished last season mired in the basement with 22 points, counting just eight victories in the 68-game schedule.

Although celebrations were few and far between in 2018-19, Durocher saw many positives with the club, building blocks that will soon help restore the former title winner. Among that group, a key returnee includes 19-year-old forward Evan MacKinnon, whose 35 points led the team last season.

Tonight, Mario Durocher will become just the fourth head coach in league history to have stood behind a #QMJHL bench for 1000 games.

If there’s one man who’s been through it all, and who can turn things around for the @ABTitan, it’s him.

As for Durocher, though his efforts did not reflect on the scoreboard last season, the experienced leader saw his new-look club take strides after he joined the group in mid-November, stating, “After (last) Christmas, we made a lot of changes, and I started to put in place a little more of my system. In each game, we tried to motivate the players to believe that they have a chance to win. Every time we won a game, it was like winning a championship where the atmosphere was fun, so we try to repeat that.”

As the Titan continue their ascent back to contention, Durocher is left to chase the record books. It is a short list as he trails only Richard Martel (1,171), Guy Chouinard (1,121), and Real Paiement (1,101) for top spot in career QMJHL games coached. Making that reality even more meaningful for Durocher is the chance to soon pass one of his coaching idols in Chouinard, somebody after whom he models his style and approach to the game.

“(Guy) has become a great friend whom I still call from time to time,” Durocher told Robert Lagace of Acadie Nouvelle. “I started my career with Guy and he showed me the whole base of the game.”

With the new season underway, and the Titan aiming to return to the playoffs for the 13th time in the past 15 years, the goal for Durocher is simple yet modest.

“We want to be middle of the pack. We want to learn as quickly as possible,” Durocher detailed. “We want to bring character to our team so it is tough to play in Bathurst.”

In all, Durocher becomes just the 18th coach in Canadian Hockey League history to reach the 1,000-game benchmark, a group which includes four bench bosses from the QMJHL, six from the OHL, and eight from WHL, and is headlined by the legendary Brian Kilrea who spent 2,156 games with the Ottawa 67’s from 1974 to 2009. 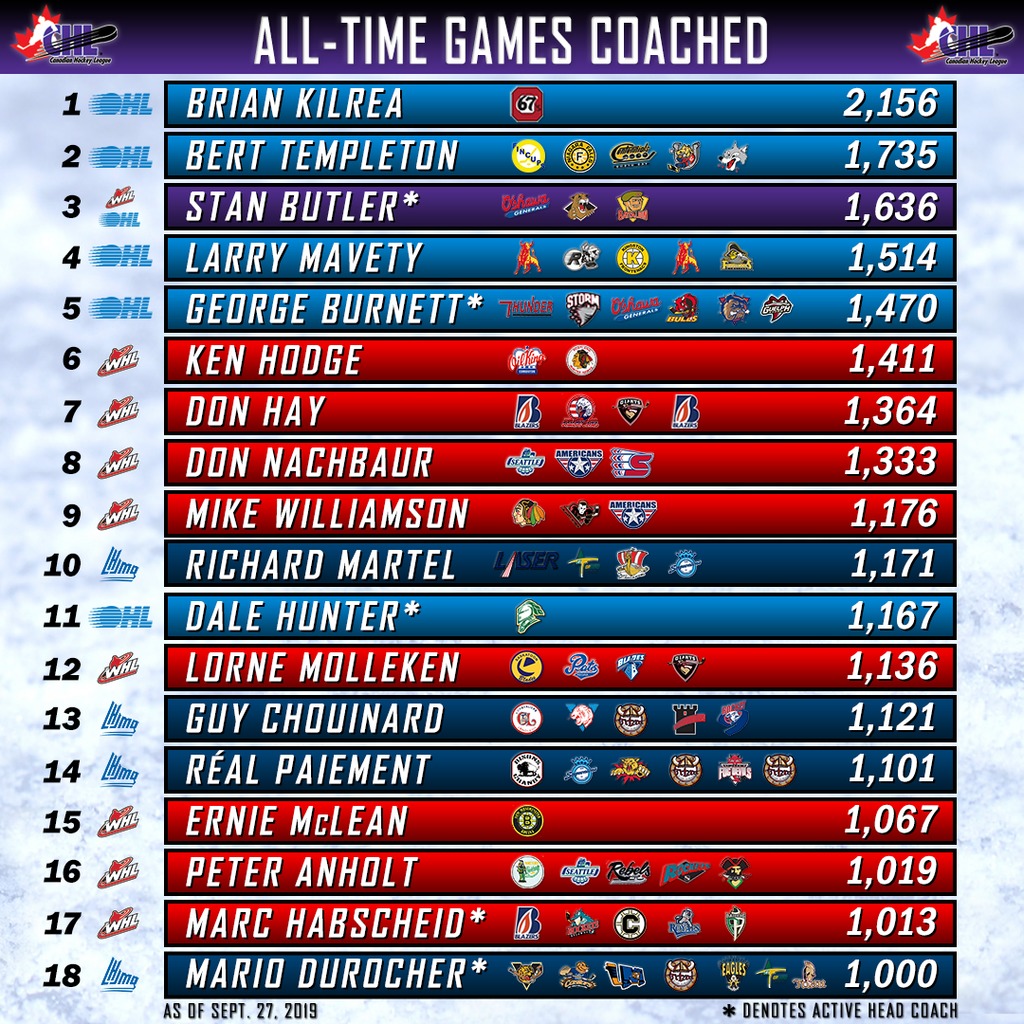